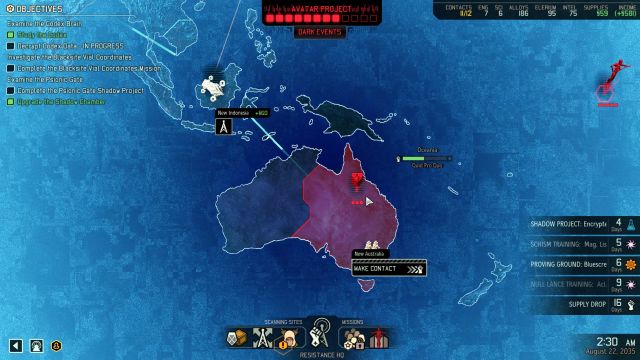 The progress bar on top of the screen shows the current state of the AVATAR Project.

The whole AVATAR Project is quite a simple mechanic, turning the whole concept of the game around and forces the player (at least to some degree) to focus on a quicker, more aggressive approach, instead of idly sitting and passing the time, until his / her soldiers are so strong that even the most powerful alien soldiers won't be able to even touch them.

The mechanic revolves around the progress bar, visible on top of the screen when you are on the world map, which slowly fills itself. It happens constantly, as more days pass, and when all of the 12 segments are filled, a countdown will appear - the player will then have about 20 days to hinder the alien plans in any way (which will be discussed later), otherwise the game will end and the you will be presented the game over screen. 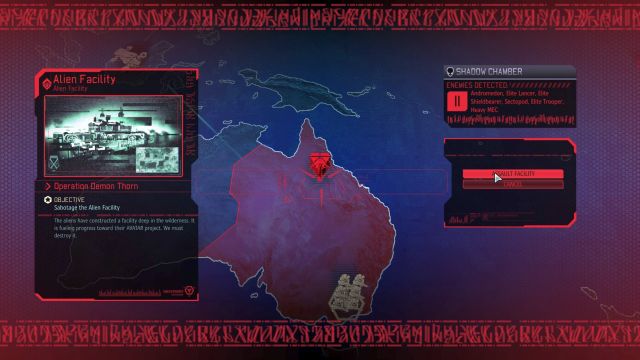 Attacking an alien facility is one of the things you can do to decrease the progress bar of the project.

How to deal with it

There are three methods that can be used to reduce the progress of the AVATAR Project:

The AVATAR Project might seem like a very tiresome mechanic, putting too much pressure on the player, but with proper planning you will be able to counter it without putting much effort into it. To be able to effectively counter the alien progress, you will need a substantial amount of contacts with the resistance - which is why this guide recommends (the "Base development" section) construction of 3 Resistance Comms facilities as quickly as possible.