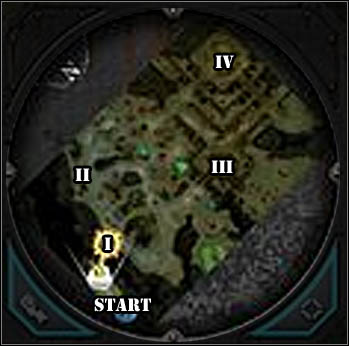 Grab some energy weapons, stims and turrets. Tarkus should equip a terminator armor and provide Avistus with something really heavy. Equip all your men for a tough fight as you'll have access to all of your squads.

After landing head north. You will meet up with a group of allies. Secure the nearby array near the Tyranid veins and poison one of them. 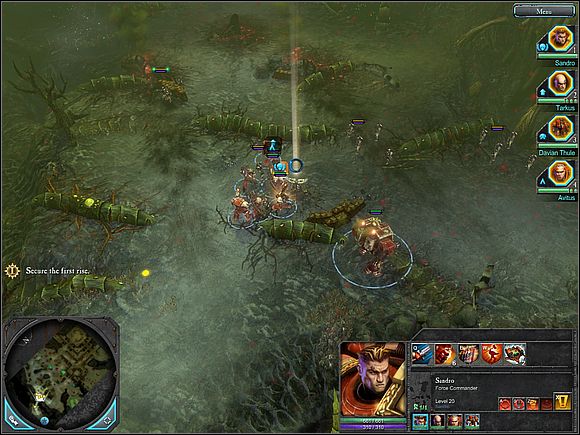 Tyranids will appear soon. You will be able to place two turrets - set both of the on the northern side, near the markers informing you about the route of Tyranid attack. Set your squads so that they can comfortably hold back the incoming onslaught. 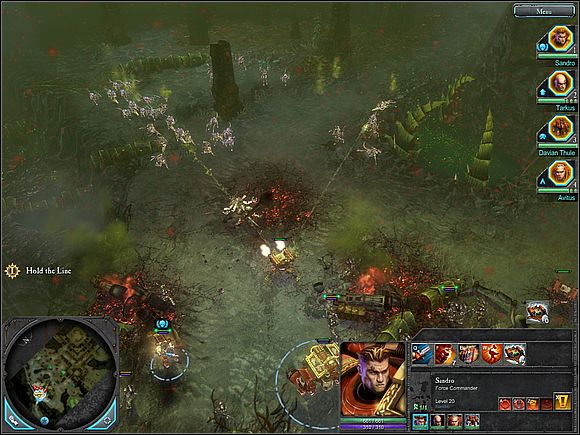 Poisoning will take some time, and when Tarkus informs you that he's done, head north. On your way you'll receive reinforcements - all the men you didn't initially pick for the mission. This will create quite an impressive firepower.

You've seen that before - secure the array and deal with nearby Tyranids. Place the turrets (3) in the north and east, then divide your squads into two groups to secure each of the directions. Send Dreadnought, Force Commander and Thaddeus to the north and Cyrus, Tarkus and Avitus to the east. 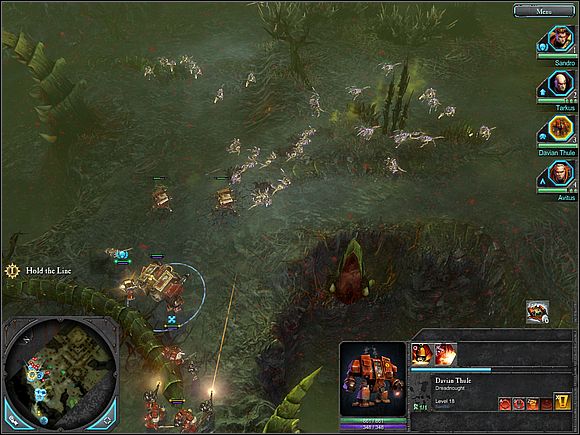 Though it may seem that you'll only need to defend yourself until the poison starts working in reality it will take a bit longer. If you'll use your turrets DON'T place new ones! You will receive reinforcements that will deal with the toughest of the enemies. The remaining forces should be dealt without much difficulty.

After talking to Angelos head east. You will have to reach the spot where the teleporter can be set up. Head up the stairs eliminating the Tyranids and their structures. During this march you will encounter rather weak resistance. 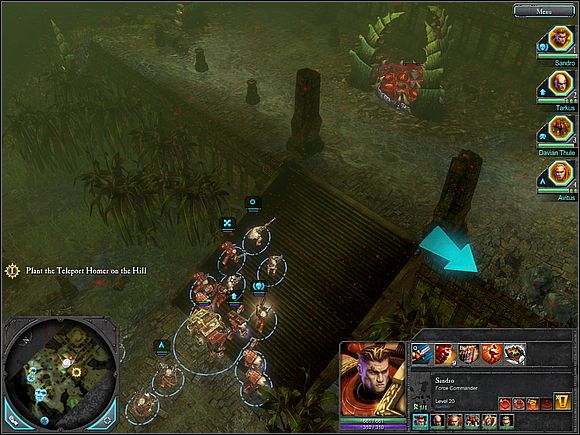 After securing the array (and thus, setting up the teleporter) Gabriel Angelos will appear. Send all your men to the north will Alfa Tyrant awaits. Space Marines will deal with units trying to follow Angelos. 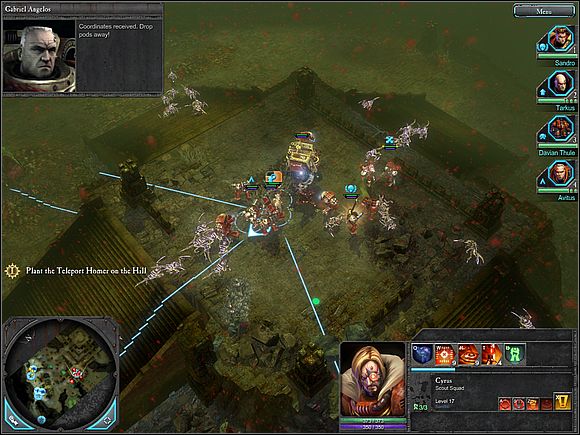 With all your men at your disposal fighting the Hive Tyrant should be quite easy. Place the turrets and throw everything you've got at the enemy. You can also add some grenades to the mix and use the assault cannon that should be found in Dendroth's Davian Thule inventory. 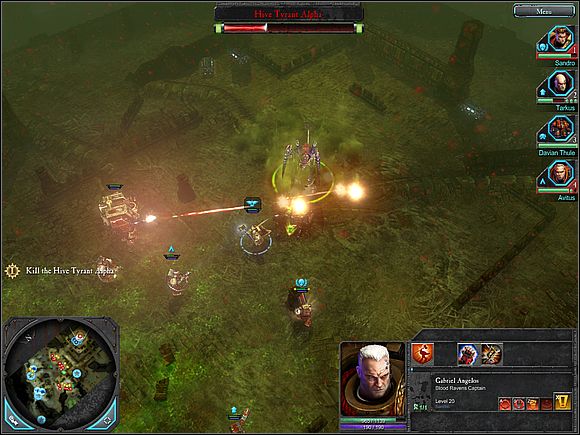 Defeating the Alpha Tyrant ends the campaign. Is that the end of all of the fighting? Surely not...