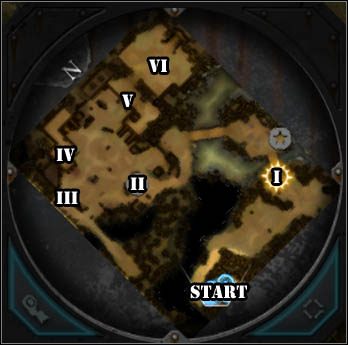 Bring along a rocket launcher and grenades - the rest is pretty much standard - turrets, bolters etc.

Head north - you'll encounter a group of Orc fighting against the Tyranids. Dispatch both groups and continue on - an Orc bipedal vehicle will attack you - grenades and rocket launcher should be enough to deal with it. 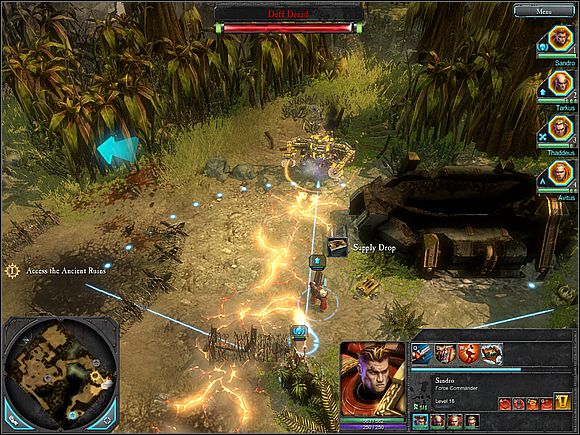 Approach the gate and use the generator standing nearby. You will watch a cutscene presenting one of the Tyranids. 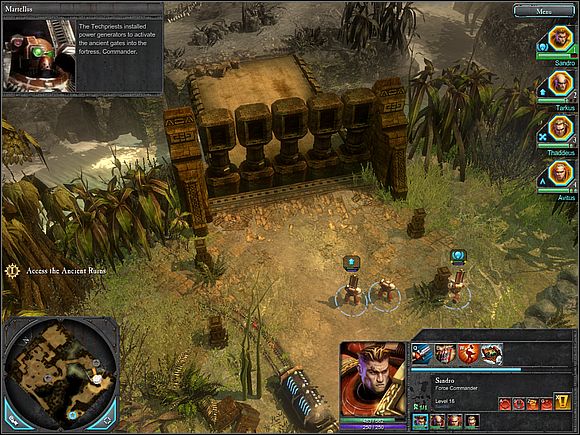 Get through the gate and continue over the bridge. Another group of Orcs is fighting the Tyranids. Secure the array and join the fray. 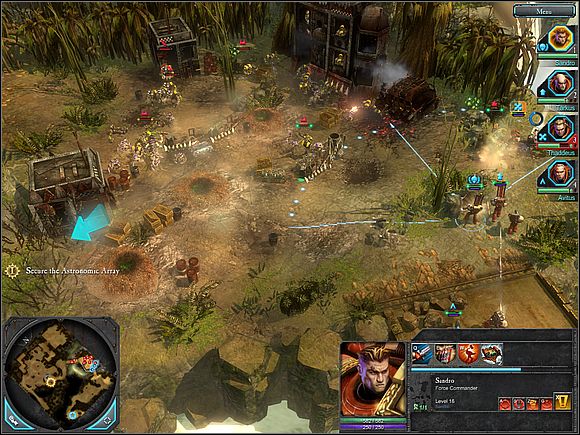 Another bridge awaits in the western part of the map. A small group of Orcs blocks your path to the astronomic communications array.

Gain control of it and start recovering its elements. Three Orcs stole the elements of the array - you must pursue them and get the pieces back. 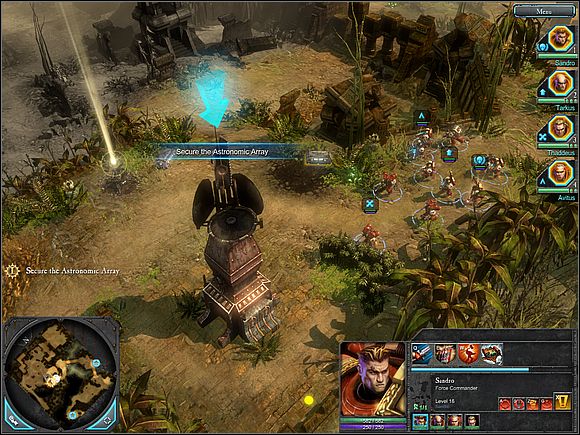 Dispatching the enemies shouldn't be much of a problem - it's just a regular infantry. Your object of interest are the three Orcs marked on the map. Take them out one by one and when you'll recover the pieces head back to the array. 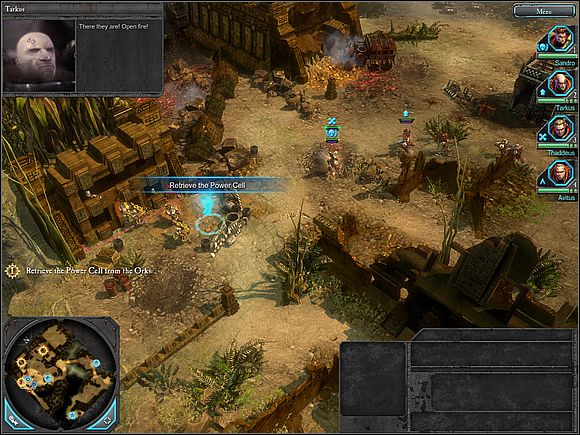 After installing the recovered pieces you're given a choice - either head to the evac point or head north to kill the Tyranid Lictor.

Use the generator to open the gate blocking your path to Liktor. 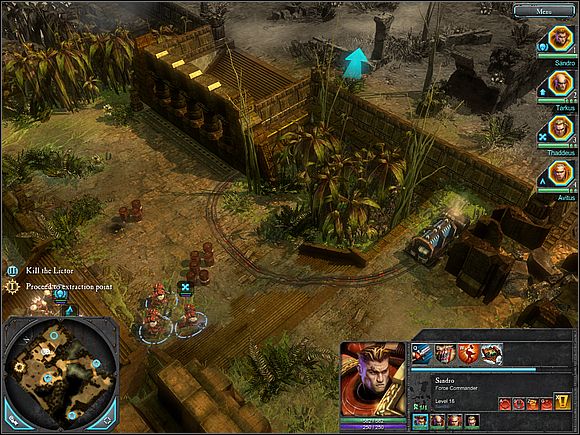 Enter the arena and set up the turrets. The enemy isn't too tough - his main strength lies in hiding regenerating. In order to prevent him from hiding destroy the bushes surrounding the arena. 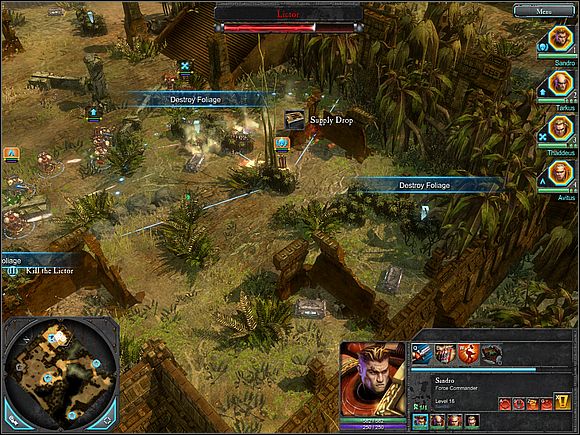 After you'll strip Lictor of hiding places killing him should take a few seconds. After he dies the mission ends.

If you prefer to avoid the fight head to the evac point and gain control of the array there.