This chapter is fully dedicated to Lua - a satellite of Earth. In Warframe, Lua contains Halls of Ascension - 7 tests and a music puzzle known as the Conservatory.

Halls of Ascension or The Seven Principles are special locations on Lua containing puzzles to solve. The puzzles require speed, focus and cooperation with other players. Completing riddles is rewarded with mods that cannot be found in any other way (aside from trading). More puzzles can be found in Mobile defense missions. 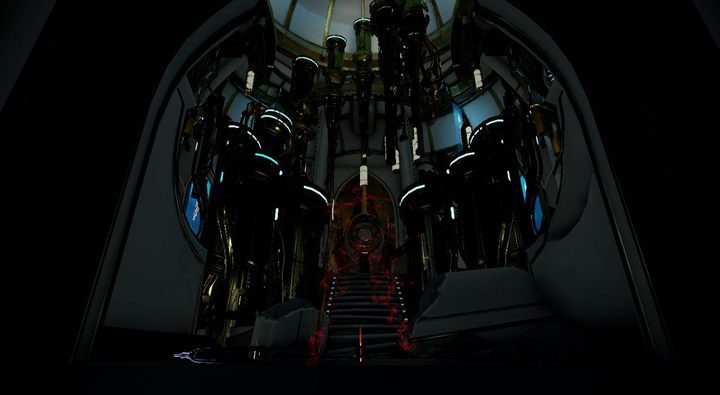 You'll encounter a huge organ and a door before the entrance to the Agility Test. To unlock the door, you need to complete the following actions:

Note - Make sure to not fall to the ground during the duration of the test. Otherwise, you'll have to repeat the test. If you having problems, use Nova or Zephyr - Warframes of good mobility. The abilities of Ivara, Wukong and Titania can also prove to be useful. 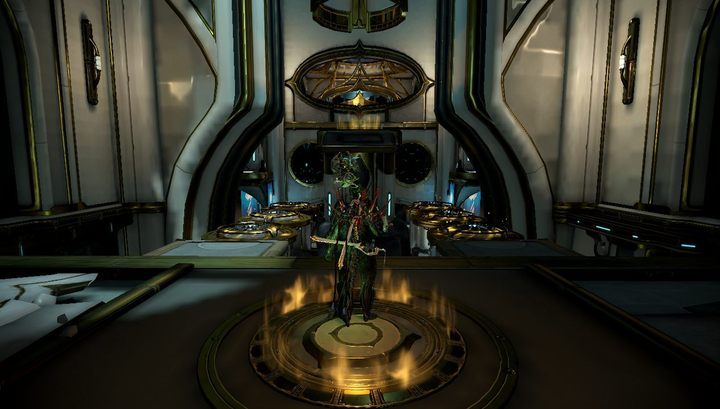 This room can be completed along with four other players. There is a possibility of completing it solo, but it requires a certain Warframe (Decoy Loki, Molt Saryna, Effigy Chroma). 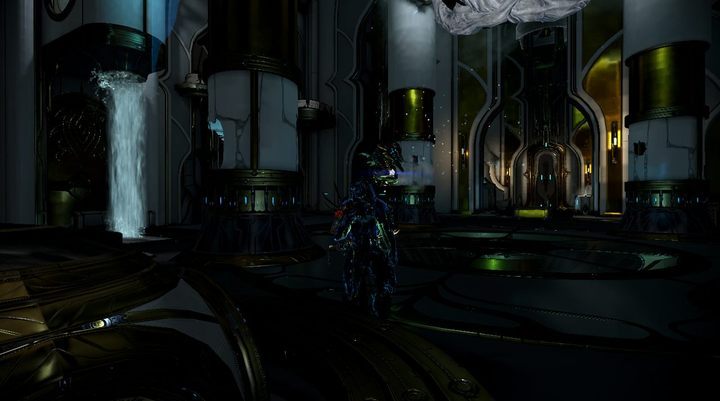 Cunning test sees you encounter a miniboss from a mission called Second Dream. The room contains 4 columns. Take notice of the fact that the walls also contain formations that are similar to columns - they have a breakable grate underneath the central part of the column. Destroy 4 of the grates to activate a button found in the middle of the room. Climb on it to begin the test.

The fight will be similar to the one seen during Second Dream. Your mission is to make Security Eye fire at the exposed areas on the columns.

Each time a column is destroyed, the enemy will rotate around his axis and fire explosive rounds or release a poisonous cloud. Avoid blue clouds left by the enemy - they are very poisonous.

In order to win, all columns have to be destroyed. Defeat the enemy to unlock the portal. 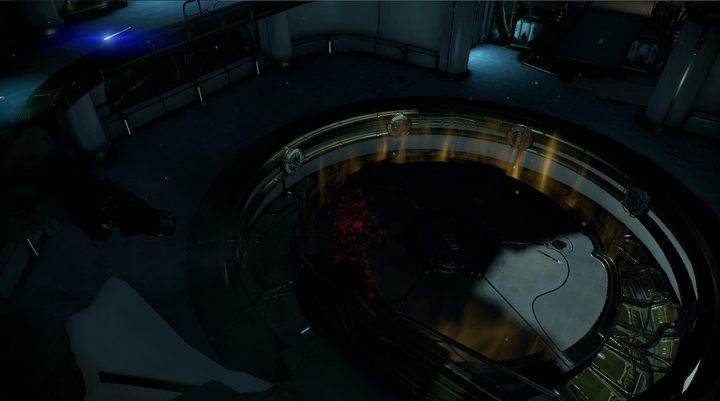 This test is best completed with friends (4 players). However, you can beat it on your own using Spectres and health items. To make the test easier, fire at one of the hanging columns in the area (fire at the strange part that is used to join the column with the ceiling). Now you can enter the small button that gleams with light. Step on the button to activate lasers that are focused on a single location. You need to stand in the middle and hold through the damage (use health replenishing items to restore your health) through the duration of the test. The location you're currently in enables you to fire at some of the lasers and destroy them. The remaining time is shown by the column filled with water. Lasers that have a circular motion can be temporarily disabled by firing at the back of the laser.

The test is rewarded with Endurance Drift. 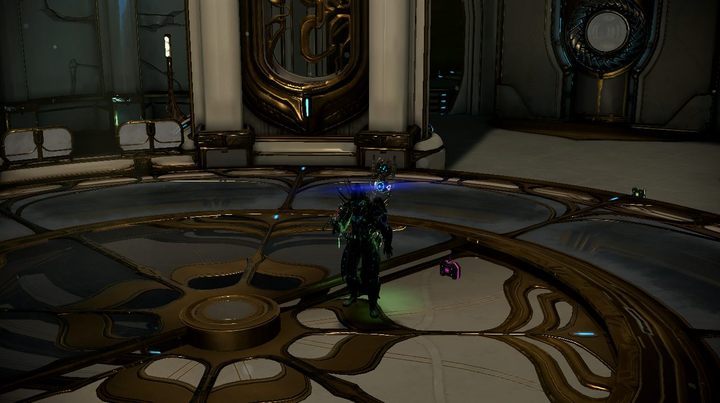 This test is very simple. The center of the room holds a passageway that has to be unlocked. To unlock the pathway, you need to fill 4 spheres with your energy. Each sphere requires 40 energy.

Warning - The test has a time limit. After a short while, the spheres will start to lose their energy. You can also use an operator to charge the spheres. 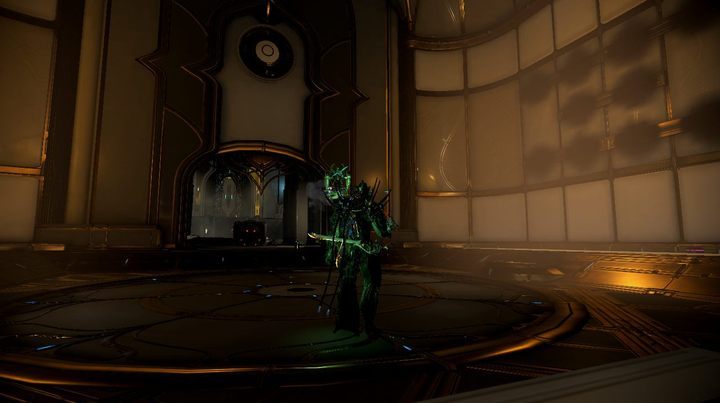 The test consists of two rooms with obstacle courses that have to be beaten as fast as you can, otherwise the door may be locked by the time you reach it. Destroy the plate above the door that looks different than the other doors (has a strange blue aura).You'll notice that there is a column emerging from the floor. Turn around and approach one of the rooms (left or a right one - there is no fixed order). Stand on the button found at the entrance to the room to activate the time limit (the elapsed time is shown by three moving items - once they join, run as fast as you can). Once you get through the obstacle course, destroy the button found above the door. Proceed to the next room and repeat the scheme. Once both obstacle courses are cleared, the column in the initial location will reach its normal position. Climb on it, enter the portal and pick up your reward.

This test can also be found during Extermination missions on Pluto. 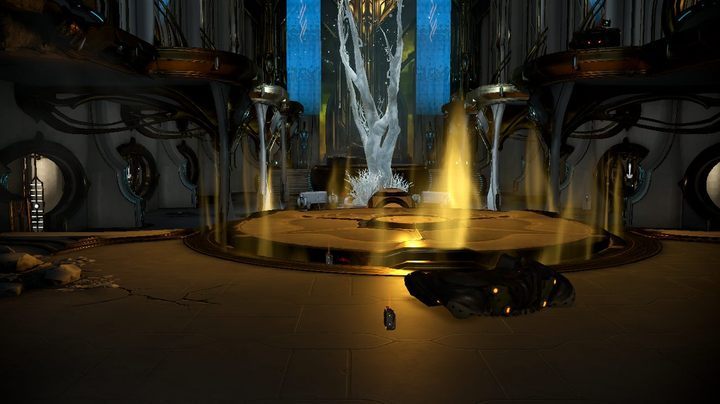 This test takes place in a large, long chamber. The mission itself is rather simple. Activate the course by standing on a glowing button. You need to get through to the other end of the room while avoiding blue lasers - touching them resets the test. Make sure to complete the test quickly, as staying in a single location spawns opponents that will attack you. The test can be done easily in a group of two - one activates the test, the person located at the other end of the room ends it. You can also leave your Warframe and use the operator to activate the test.

The test is rewarded with a mod - Stealth Drift.

Also called the Choir room. The puzzle appears randomly, and independently from the 7 tests. This room holds a button that activates a music sequence. The player's task is to recreate this sequence by activating the buttons in the right succession (you can also reset the melody with a switch found in the center of the room).

Once you complete the task, the game will create two orokin chests - one in the middle of the room (with Octavia chassis) and one below, on the left side of the switch (can contain Forma)

There is a possibility to obtain multiple rewards from the music puzzle room, however the number of times possible is random from 1-3 with 1 being the most common.