In this section of our Valorant guide we discuss all characteristics and features of Phoenix. Also, we provide valuable tips that may be useful during the game.

Phoenix is an extremely original character who has literally everything in his assortment - crowd control skills, healing abilities and even an additional life! Phoenix's first skill is Blaze - a wall of fire that is useful for limiting visibility on the map and controlling enemy movements (creates a wall that blocks vision and damages players passing through it). The second skill is a Curveball - it is a blinding projectile. The third skill of Phoenix is called Hot Hands - the hero launches fireballs that cause area of effect damage. The Ultimate skill of Phoenix is the Run it back - the character gets resurrected back to life like a real phoenix. 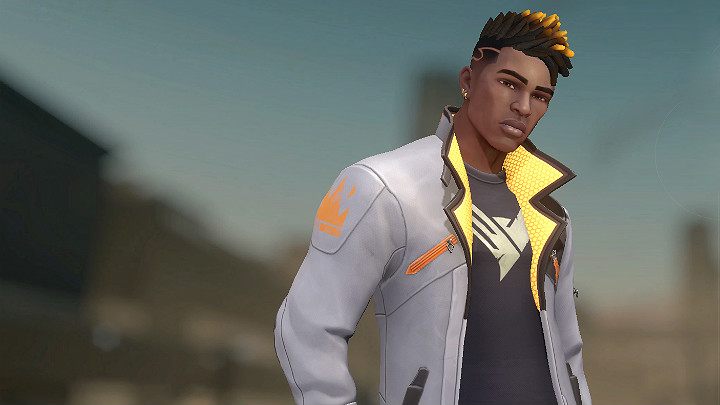 It should also be mentioned that Phoenix has one of the strongest passive skills - standing in the fire simply cures him! This means that by standing in a wall of fire or on a lava (Hot Hands) you can replenish the Hero's missing health. Add to that an additional life and two blinding charges and you get one of the strongest and best characters available in Valorant.

The Blaze ability allows Phoenix to create a wall of fire that limits the visibility of all characters. It should be noted here that unlike other visibility-limiting skills, Blaze can damage enemies when they are in range of the ability. 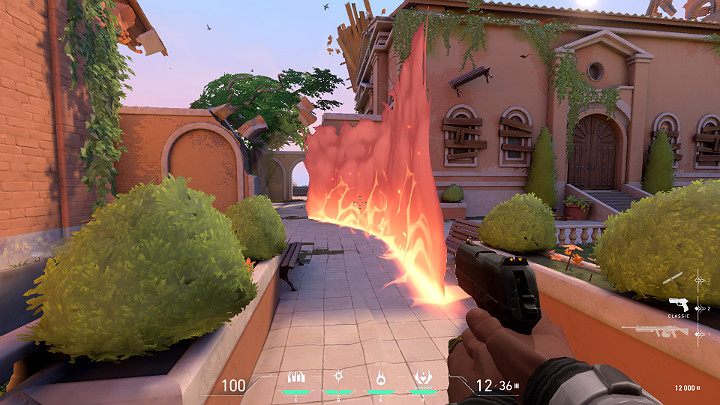 The Curveball is a kind of blinding grenade. Phoenix launches a fireball in the direction he chooses to blind all characters that are within range (works after a while). After activating the skill, you can choose in which direction Phoenix should throw the Curveball - right or left. This way you can throw Curveball while standing around the corner. 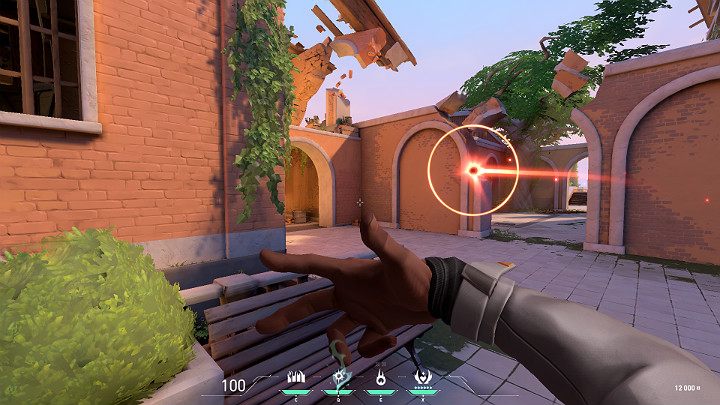 You should be very careful when using this skill, as Curveball may blind your allies. If the fireball explodes in your character's field of vision, you will also be blinded.

Phoenix creates a fireball that can be thrown in a specified area of the map. After a brief moment, the fireball forms a fiery circle that inflicts damage to all targets that stand within its range. 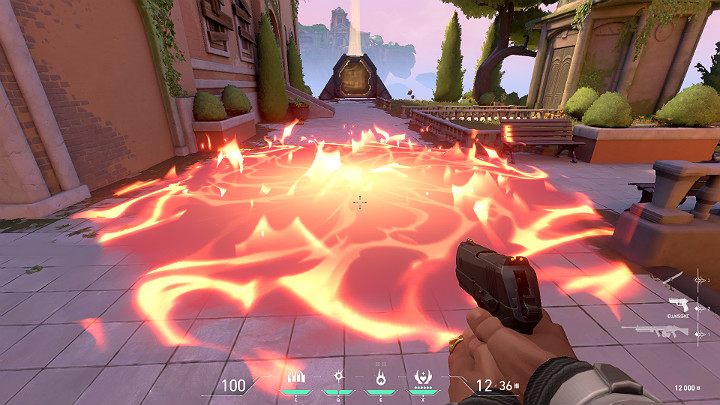 Important! Phoenix possesses a passive ability that allows him to regain his health by standing in the fire. Keep that in mind during gameplay and use the Hot Hands ability to heal up your hero.

Run it Back - Ultimate

An extremely powerful and very useful skill that allows Phoenix to perform any action for a short time without the consequences - you can't lose health or die. Phoenix leaves a fiery mark on the ground that marks the spot of his rebirth. 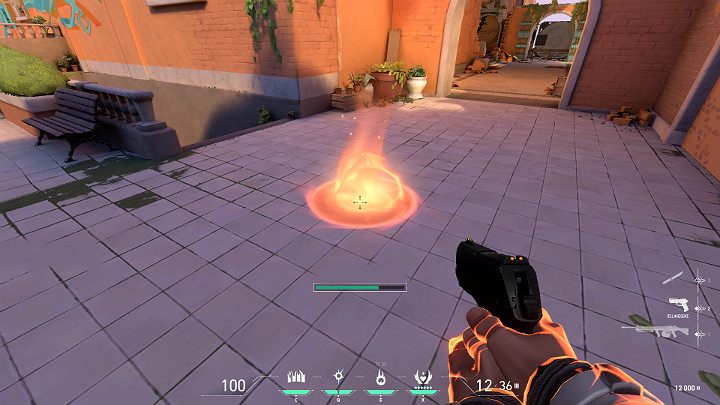 From now on, as long as the Run it Back skill is active, the Phoenix can join the battle, and when he dies at the hands of opponents or simply falls off the edge of the map, he will return to full health like a true Phoenix. The Run it Back ability is useful, for example, when you want to cause chaos in enemy ranks that occupy the bomb planting site. Your opponents will focus their attention. Therefore, your team will be able to eliminate them during this time.

In Patch 1.0, which was implemented on the day of game's release, the Run it Back ability was improved and now Phoenix automatically reloads all weapons after respawn.