This game guide to Valorant discusses the most important features of the game and can be used to learn the key basics of in-game mechanics. The first major chapter of this guidebook contains beginner's guide to all basic features and elements available in Valorant. This chapter begins with a useful set of beginner's tips which are mainly dedicated to all novice gamers that want to start their adventure with Valorant. On the next pages of this chapter we address such important issues as, among other things, shooting, team play, moving around the map. Also, we explain in detail how to take care of the economy during the game and how it can affect the course of the match.

The second major chapter of this guide is the FAQ section in which we have answered important questions about the game, for example, whether the game is available on Faceit platform, how to change the nickname in the game, what age is required to play Valorant, how to track your stats by using the useful stat tracker and what game settings are being used by Hiko - a legendary Counter Strike player and currently the captain of 100 Thieves e-sports team in Valorant.

In the next large chapter of this guide we have prepared a detailed description of all maps available in the game. Here you will find all information on the best spots for the attacking team and defending team, as well as all the relevant callouts you can use during the game to improve your communication with the team. All names of particular areas and locations have been marked on large and detailed maps.

In the fourth major chapter of this guide, you can find a detailed overview of all characters available in Valorant, as well as read a lot of useful information about their skills and role in the team. A better knowledge of abilities of all agents will allow you to become a more successful and efficient player in the game.

The penultimate major chapter of our guide focuses on the quintessential feature of first-person shooter games, that is, on weapons. We have catalogued and described all weapons available in the game and enriched their description with useful tips and pictures which reveal the trajectory of their projectiles (including range of fire). After reading this chapter you will be able to get more control over your favorite weapon. This may have a significant impact on your game results.

This guide has been concluded with pages providing information about the best mouse settings, which is the main controller in first-person FPS games. Also, you can find information on controls and system requirements. On a separate page we have also described the most common problems that may occur during the game - we have prepared solutions to all these issues.

Before you start your adventures in Valorant, it's worth knowing the main tips that will increase your chance of victory, make team play easier and help you get more frags. The set of advice is primarily addressed to new players.

We answer basic questions about the Valorant, for example, whether the game is free to play, where to download it from, whether there are micropayments in the game. It's a small compendium of knowledge about the content and changes introduced in the game.

Is Valorant a free to play game?

Yes, Valorant is a free to play game for all players, but not everyone can participate in the closed beta tests. In order to get access to a closed beta you have to follow the appropriate steps. For more information about accessing the Valorant closed beta, please check the relevant section of this guide.

Are there any micropayments in Valorant?

Yes, there are micropayments available in Valorant. Valorant Points are used to do in-game shopping. Use them to buy cosmetic items and unlock other game content.

Does the progress made during the Valorant closed beta will be transferred to the full game?

Are there teleports on Valorant maps?

Yes, there are teleports available on Valorant maps that make it easier to move around the map from point A to B. However, please note that teleports only work in one direction, so you cannot use them to return to your previous position.

How many maps are there in Valorant?

A total of 4 maps were made available to players on the day of Valorant's release. Three of these were already available in the game's closed beta (Bind, Haven, Split) and received minor modifications, and a new Ascent map was included in the game for its official release.

Can you shoot through doors and obstacles in Valorant?

Yes, most weapons in Valorant have bullets that have a certain penetration power. This means that an opponent hiding behind a thin wall, door or lurking around the corner of a wooden crate cannot feel completely safe. An obstacle between the player and target will absorb some of the damage received, but cannot completely eliminate it. When a target is eliminated by shooting through an obstacle, an icon will appear in the upper right corner of the screen.

Are headshots deadly in Valorant?

Yes, headshots in Valorant are extremely dangerous and cause a lot of damage. By using stronger weapons that the basic firearms, players are able to inflict tremendous amount of damage that can kill an opponent with a single shot.

Is there a bhopping mechanic in Valorant?

Yes, on official promotional content provided by Riot Games, which can be found on their official YT channel, you can notice that professional players testing Valorant use the Bhopping technique. Bhopping (Bunny hop) is a technique that is used to increase character mobility. Bhopping allows you to stay in constant motion. Just use the jump button (pressed immediately after touching the ground) and strafe a lot.

Is Valorant available on Steam?

No, Valorant is not available on VALVE platform. To play Valorant, the player must download The Riot Games client, which is available here.

Are there ultimate skills in Valorant?

Yes, each of the characters available in Valorant has a special ultimate skill. The ultimate ability is enabled after you have killed enough enemies or collected some power spheres available on the map.

Can you pick up a weapon dropped by your enemy in Valorant?

Yes, the defeated opponent drops his weapon and you can pick it up. Most importantly, you can move with the looted weapon to the next round and save some cash in the shopping round.

Do I have to stand in a certain place when disarming a bomb in Valorant?

Yes, to disarm a bomb in Valorant, you have to be in the right spot (the points where the bomb is placed are indicated by the letters A, B and C). Furthermore, the disarming player must be located in the middle of the disarming circle in order to start the procedure.

Is Valorant available on consoles?

Unfortunately, Valorant is not available for Xbox One, PlayStation 4 and Nintendo Switch. Currently, Valorant can only be played on PCs and there is no official information whether the game will be available for consoles or not.

When will Valorant offer ranked matches?

The ranked mode was not supplied in Valorant on the official release date of June 2, 2020. On the game's official website, it can be read that Valorant's ranking matches will be added in one of the subsequent patches after the premiere. Developers first want to focus on the stability of service and servers before launching matchmaking. 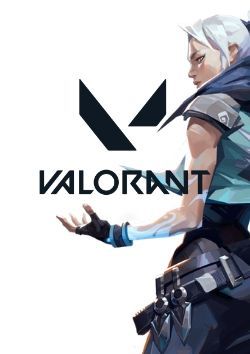 Valorant is a free online first-person shooter that focus on tactics and the appropriate use of the special abilities of heroes. The production also pays great attention to offering equal opportunities to players. The development and release of Valorant was done by Riot Games.

Valorant is an online shooter, where the player takes part in 5 vs 5 matches. We have at our disposal a few heroes with different fighting styles. Each hero has skills - the basic one, available in each match for free, two optional ones, which can be purchased at the beginning of the round, and a fourth special one, which is obtained after making a sufficient number of killings or collecting power spheres available on the map.

Players have access to a full arsenal of weapons from the beginning of the game. In order to be active during a match, a weapon must be purchased for the virtual currency that you get during the game.

An important part of the gameplay in Valorant is tactics. Each map is designed in such a way that many different strategies can be used.

Valorant is based on the popular Unreal Engine 4 - the graphic design is maintained in a slightly comic book-like style, reminiscent of Team Fortress 2 or Overwatch.

Riot Games also made sure that Valorant was as accessible as possible. The game has been developed in such a way that its system requirements are as low as possible. In addition, players don't have to deal with big lags during the game. This effect was obtained thanks to the studio's network infrastructure and cooperation with internet providers.

Developers of Valorant has also focused on the fight against cheaters. The game has been designed to minimize the risk of potential cheating - a fog of war has been used to make it impossible to read the positions of players out of sight, and traffic and shooting calculations are made on servers.

In Valorant there is only a multiplayer mode.

The two biggest premieres of the month are definitely The Last of Us 2 and Valorant. In June, we will also play new Desperaros, returning after many years, a remasters of Command and Conquer series and a handful of interesting independent games.