In this chapter you will learn about the the characteristics of all SMGs available in Valorant. The description of each weapon also has tips that can be useful during gameplay. In addition, each weapon has an example of its spread along with advice on how to control its recoil.

In Valorant, SMG weapons belong to light weapons that perform well in short-and mid-range. They don't cause as much damage as rifles, but their purchase price is much lower. SMG weapons are characterized by good accuracy, very high rate of fire and the ability to deal quite a lot of damage. 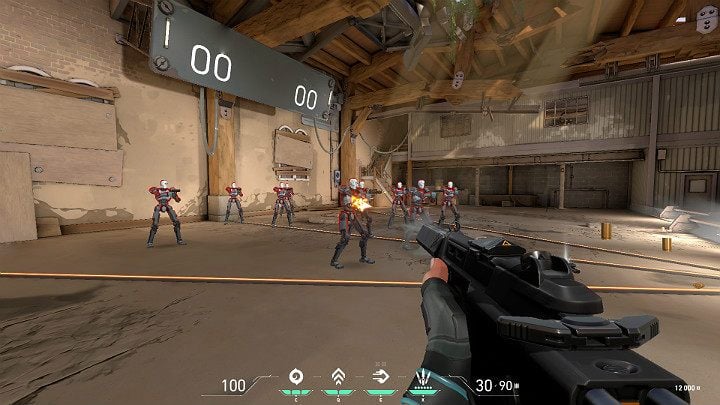 Stinger is one of two SMGs available in Valorant. It has a very high fire rate but less damage than Spectre. The Stinger has 20 rounds in the magazine and a bullet spread that is very difficult to control. You will need at least two headshots to eliminate the target. If you are aiming at the body, you will need 4-5 accurate shots. It is also worth noting that after switching to ADS mode, the Stinger turns off the full-auto mode and goes into burst mode - it fires a certain number of bullets in a series, but a much faster rate. 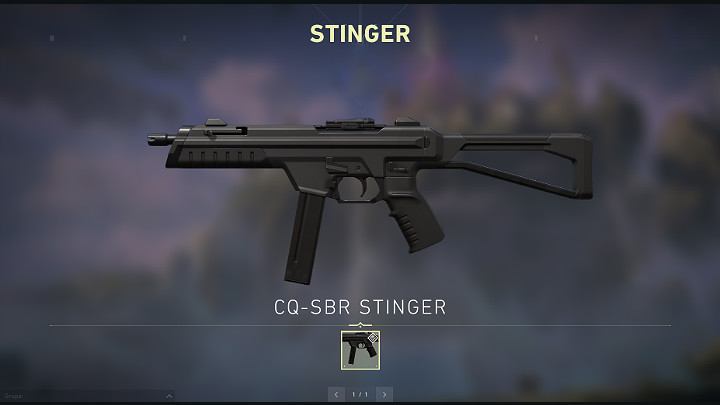 Due to the completely chaotic bullet spread, firing a full-auto from the Stinger, especially at medium and longer distances, make the weapon very difficult to fully control it by pulling the mouse in a certain direction. To make this weapon a little easier to use, you can fire short series (up to 3 rounds at a time) and shoot after stopping - this will get you satisfactory accuracy. To further improve Stinger's accuracy, crouch during shots. 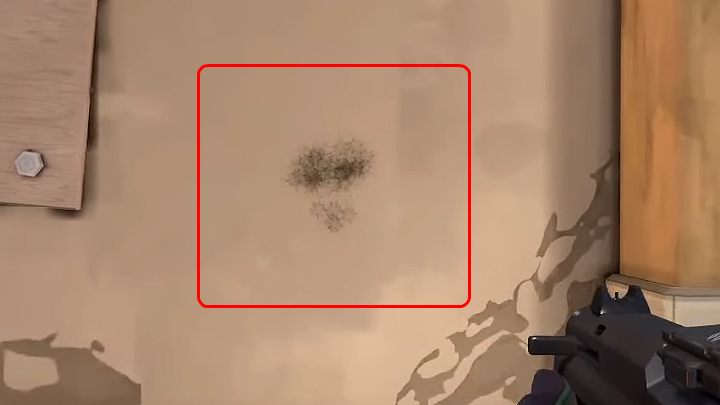 Despite all the mentioned flaws, Stinger is an excellent weapon for close range. The image above shows the bullet scatter of a series fired at close range. The first four bullets hit the point, then the gun moves slightly upwards, where the rest of the projectiles concentrates. It seems that Stinger rewards players who enjoy taking a risk of staying close to their opponent.

Spectre is the second SMG weapon available in Valorant. Spectre has a silencer, holds 30 rounds in the magazine, inflicts more damage than the Stinger, but has a slightly slower fire rate. When it comes to shooting long series from mid-range, Spectre does much better here than Stinger. You will need at least two headshots to eliminate the target. If you are aiming at the body, you will need 4-5 accurate shots. 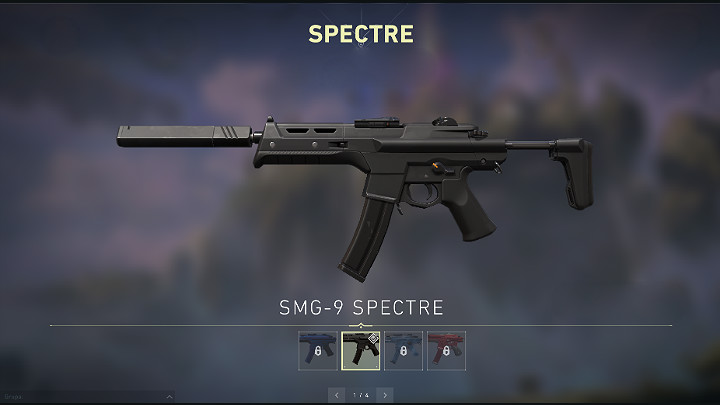 Unlike the Stinger, Spectre remains a fully automatic in the ADS mode. Using the extra sights, you can shoot much more accurately, but the weapon's rate of fire will decrease slightly. 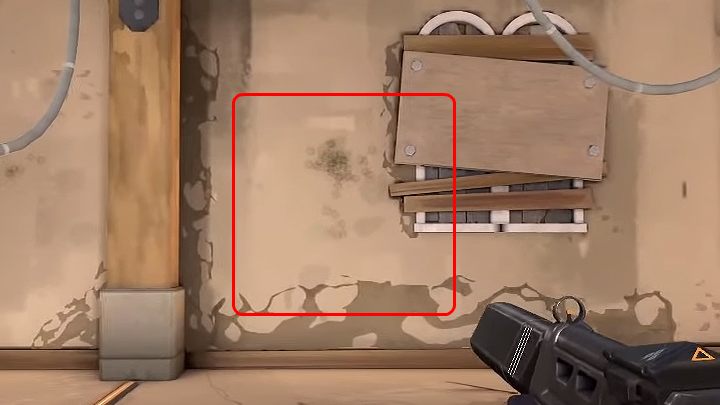 The image above shows an example of the Spectre's spread, one of the weapons in Valorant. The test was conducted from a medium distance - the closer the target, the smaller the bullet spread. The first 3 rounds hit roughly at the point, and then the weapon began to pull slightly to the left and up. After the next 5 rounds, the weapon's vertical spread is stabilized and the weapon moves only from right to left.