Received from: skeleton in the Warriors Guild [Desert] (M20:18) 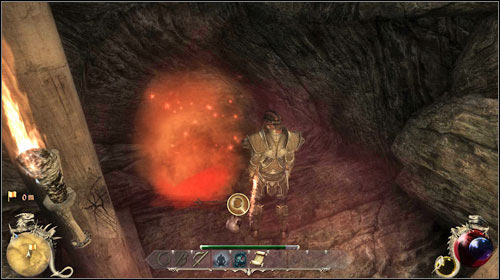 You will receive this mission only if you talked with Azhar during [Hunt] (before beginning [Coursed Blood]) and received Azhar's tooth.

After going down the stairs to the basement of the Warriors Guild, you will find a locked chest and a skeleton lying on the ground. It you have Azhar's tooth, use it to revive the skeleton. Once it comes back to life, it will open the chest - you will the Last Will. Read it to end the quest. 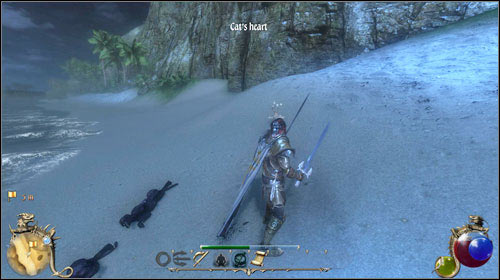 The mission consists of helping in preparations to birthday party on the cemetery. You have to find three plants, out of which a tea will be made. The first plant can be found on the beach (M23:54). It's guarded by two panthers - rather aggressive animals, but you shouldn't have any problems with them. The second plant is on the other side of the coast (M23:55). The third one isn't far away - right outside town (M23:56). After dealing with the last panthers, take the plant and head to the cemetery (M23:56) where you will leave all three plants.

After completing the mission, return to Des Mon (M23:64) and collect you prize from the chest.