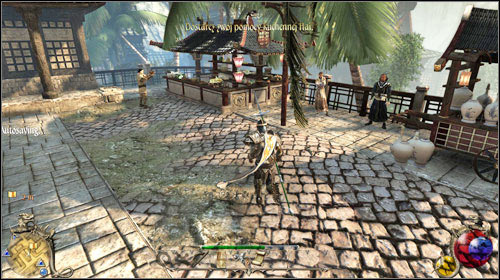 You will receive this mission automatically after fulfilling Tai Lin's request [Expelled Mage].

Follow the mage to his house (M23:36). Once inside, you will see that the whole house is filled with hourglasses. You'll learn that each symbolizes the lifecycle of a certain person. Unfortunately the mage can't specify whose life is represented by which hourglass. After the conversation, go to the second room. There you will find a giant hourglass, which probably belongs to Professor Kaineth. In order to warn him, you have to give scroll for Kaineth to his former assistant - Haia. You will find her on one of the marketplaces (M23:37). You will overhear the conversation with an archivist and use the fact of the lost scrolls to give her a warning. Return to Tai Lin's house (M23:36) and tell him that you completed the mission.

You will unlock [Death Clock]. 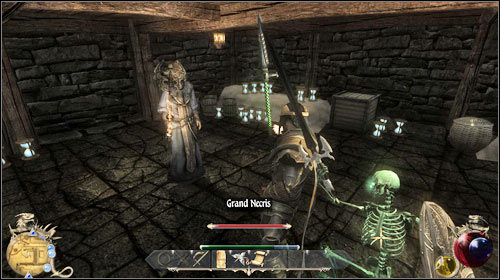 You will receive the mission automatically after talking with Tai Lin during [Obsession].

From the conversation during the previous mission, you will learn that the mage has an hourglass showing the time left to your death. You only have 10 seconds to force Tai Lin to stop your death clock. Follow him to the basement - you will come across a band of Necrises. Once the time elapses, you won't die. Clear the way to the watchmaker and talk with him. It will turn out that he's just a liar. After a while you will have to fight him - as he's quite incompetent, you shouldn't have too much problems with him.