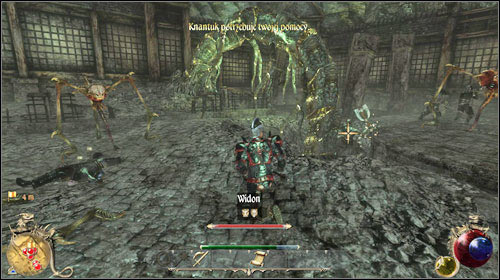 You will receive this mission only after completing [Video Ergo Sum] and [Lost Partner].

In the Scavengers camp, you will meet a group of people talking about a difficult mission. Once they split, firstly talk with Delmon. You will learn that library curators have asked the Scavengers to collect information on a lost mage. You will learn more from the Knantuk sitting nearby. The Seer will agree for another search attempt - meet him by the University (M26:33). After you arrive at the designated spot, Knantuk won't be there - he's fighting beside (M26:34) - go help him. Get rid of all the Stingers and Vidons and talk with the man. 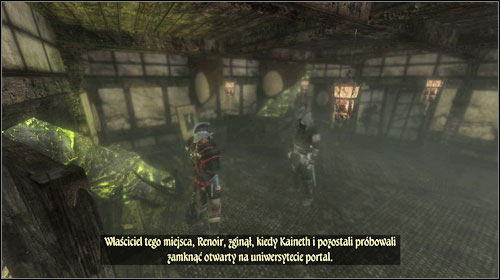 Search the bodies of the dead Seers - you will find the mysterious spell. Stand on the destroyed teleport, read the scroll and you will be moved to the laboratory of Renoir, a mage. After another conversation, leave the laboratory and head to the Scavengers camp. Once you get there, Knantuk will be already waiting for you (M26:32). He will reward you for helping him. 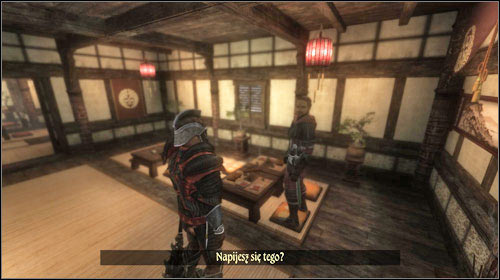 You will be able to complete this mission only after completing [Video Ergo Sum], in which you will gain the ability to see the past.

On the upper floor on the bar (M23:2) you will meet Vor the drunkard, who's babbling something about a princess. Head to [The Swallows] and nearby the ruined Ashos you will have a vision (M26:35). Return to the bar, talk with Vorem once again (M23:2), go downstairs and buy a beer from the bartender. Once you give the man the liquor, he will decide to give you more details. 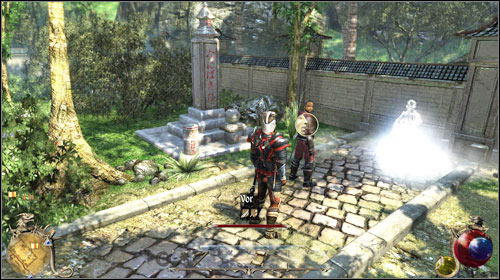 You will deice to meet at the cemetery (M26:62). You will learn that Alicia' ghost cannot find ease because of the lack of Alicia's pendant, made for her by Vor. The pendant can be found in the house of the dead girl's father (M23:63). The man won't cause any problems and you'll receive what you came for. Return to the cemetery (M26:62), give Alicia the pendant and talk with Vor in the end.