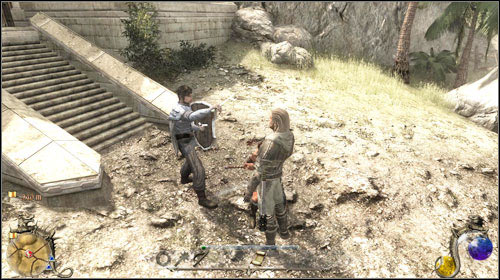 You will receive this task only if you've killed Jarrad in [The Elimination Job].

On your way to Zah Dan, you will come across Mirrda by the gate (M12:18), who wants to avenge his brother's - Jarrad's - death. He will be accompanied by a thug. The fight shouldn't be hard, just kill both of them to end the matter. 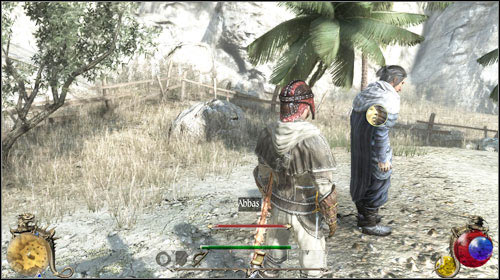 Nearby the hooks you will find a ruined man, who will ask you to invest in his factory. To become an investor, give him 1500 auras. You can get your money (plus a bonus) back in a couple of days, 1870 auras in total.

You will unlock [Expanding factory].