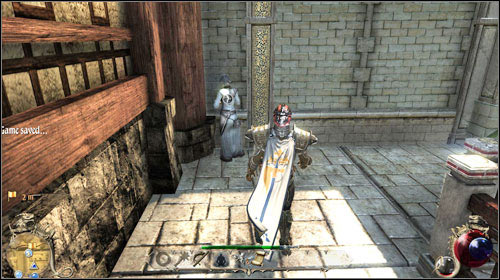 Angie the student can be found by the dormitories (M23:12). She will tell you that Rhoudeus has forced her to have sex with him in return for a good mark on the exam.

If you believe Angie, she will send you to her dorm room (M23:7) - open the door and the locker with your picklock and you will find Rhodeus' Journal. Read it and return to doctor Annaya (M23:6). Present her with the evidence against Rhodeus. Afterwards go to the professor himself and tell him to leave the University. When he'll try to resist, hit him (bare-handed, don't draw a weapon). After leaving his office, you will meet the stranger. Pay Annaya a visit for the last time and she will send you to Lavarius - he should know more about the old experiment.

You will unlock [Dr Lavarius].

You might not believe in what Angie tells you. Return to doctor Annaya (M23:6) - right before her office you will meet David, who will tell you that Angie has committed suicide. Head to Rhodeus - the professor will thank you for chasing Annaya from the University, but won't give you any valuable information. Your last hope is David, who you can find in front of the University (M23:8).

You will unlock [David & The Doctor]. 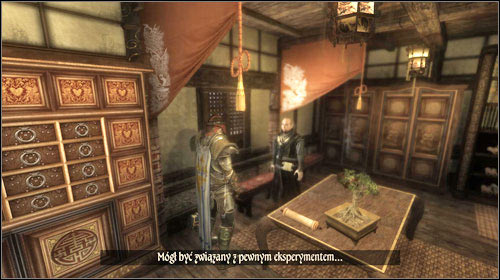 You will receive this mission if you make Rhodeus leave the University during [Professor Rhodeus] or if you don't believe Angie in [Most Monstrous Mind].

David can be found right in front of the University entrance (M23:8). You will ask for new contacts, as the ones he's given you didn't prove too useful. The man has some information you could use, but you have to do him a favour - pay his debts at one of the professors. Head to Lavarius (M23:9) - unfortunately the sum is way bigger than the 1000 auras mentioned by David. You don't have too much of a choice, pay the whole (2000 auras) amount to get the information.

You will unlock [Blood For A Stone].