Thanks to the information supplied on this page of our guide, you'll have an easier time collecting all of the weapons available in Callisto Protocol. On this page, we explain in what circumstances you get new weapons (firearms, melee weapons, the GRP), as well as in what situations they work best and whether it is worth upgrading the individual weapons. 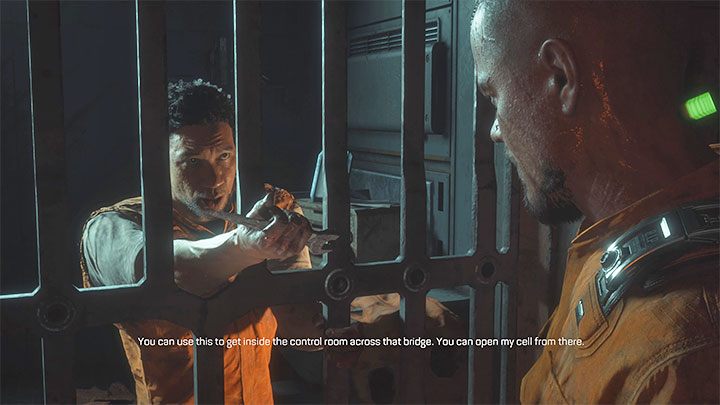 How to unlock: a scripted event in Outbreak chapter - received from Elias after reaching his cell.

Weapon Description: The Shiv has two main uses - stealth attacks (you have to sneak up on the enemy from behind and this only works on normal-sized opponents) and opening doors (you have to use the shiv on the interactive box next to a locked door or gate). The Shiv cannot be upgraded further. 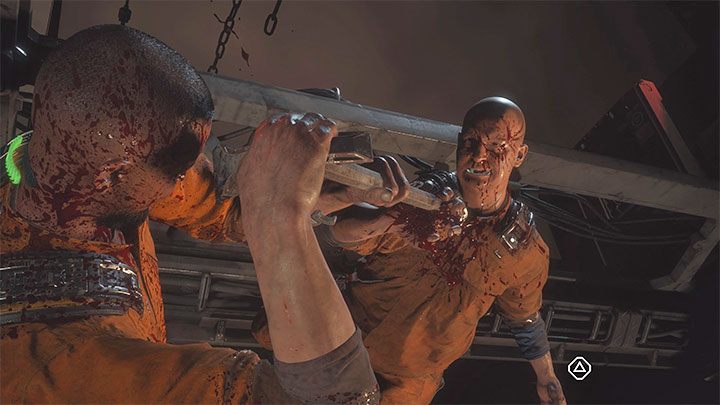 How to unlock: a scripted event in Outbreak chapter - Jacob will take the crowbar from one of the prisoners during the first melee fight.

Weapon Description: This is the first melee weapon in the game and as it description says, it is used for melee attacks . Jacob will only use the crowbar until he obtains the Stun Baton . 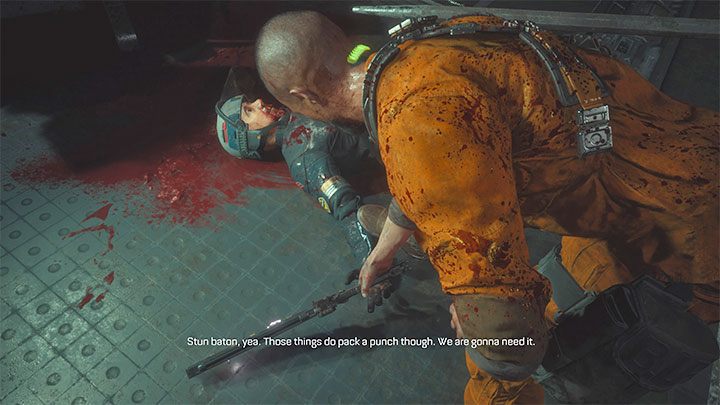 How to unlock: a scripted event in the Outbreak chapter - Jacob will find the baton next to a corpse during the search for the armory.

Weapon description: The baton becomes Jacob's main melee weapon once you pick it up. It can be upgraded at ReForges, improving its stats (damage, attack speed) and unlocking new types of attacks. 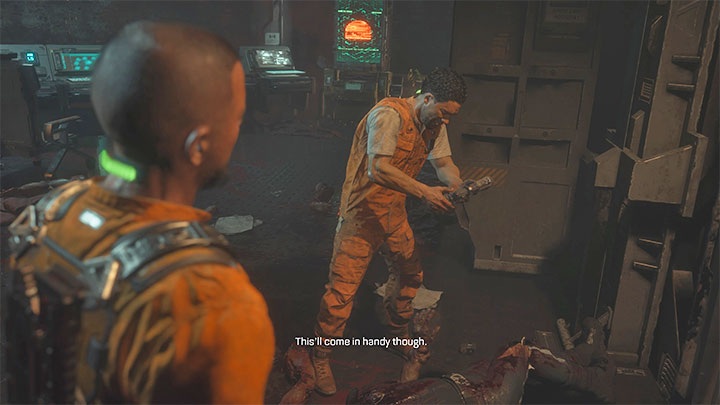 How to unlock: a scripted event in the Aftermath chapter - at the very beginning of the chapter, Elias will give you a pistol fragment needed to unlock the weapon at a ReForge.

Weapon Description: The Hand Cannon is the first type of pistol available in the game. By default, the weapon does not deal much damage, but for less than 3000 credits, you can upgrade it fully, improving its stats and unlocking a strong alternate fire mode. 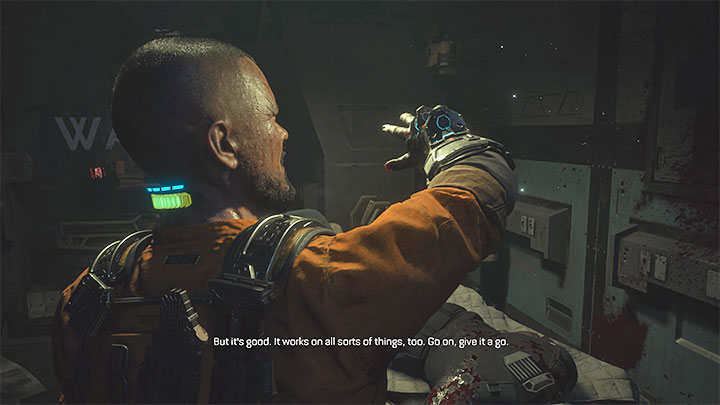 How to unlock: a scripted event in the Aftermath chapter - Jacob will pick up the glove from one of the dead guards.

Weapon Description: The GRP is a versatile gadget and one of its uses is to help eliminate opponents . You can use GRP to grab enemies and throw them (into chasms and environmental hazards will be the most effective) as well as to grab items (e.g. explosive containers). The upgrades for the glove involve e.g. increasing its energy reserve. 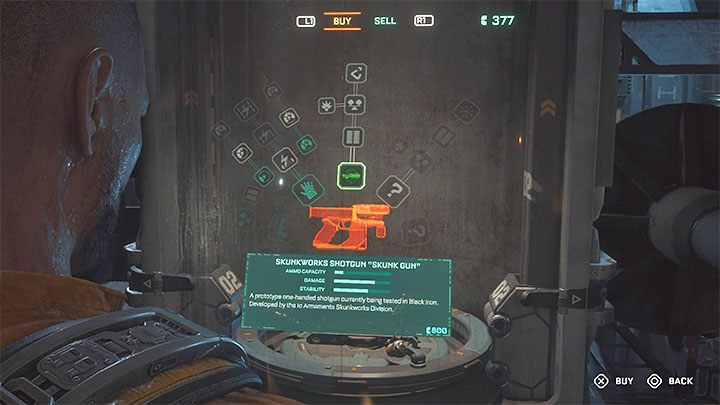 How to unlock: You need to find the schematic (Aftermath chapter) - it is in a seemingly inaccessible room in D3 Basement. Its exact location and way of getting it is described in detail in Schemes chapter of the guide. After getting the schematic, you need to deliver it to the nearest ReForge and pay 800 credits to print the weapon.

Weapon Description: The Skunk Gun is the first shotgun unlocked in the game. Unfortunately, its stopping power is a little lower than the Riot Gun described below. If you aren't planning to fully upgrade all weapons, save credits until you get the Riot Gun. 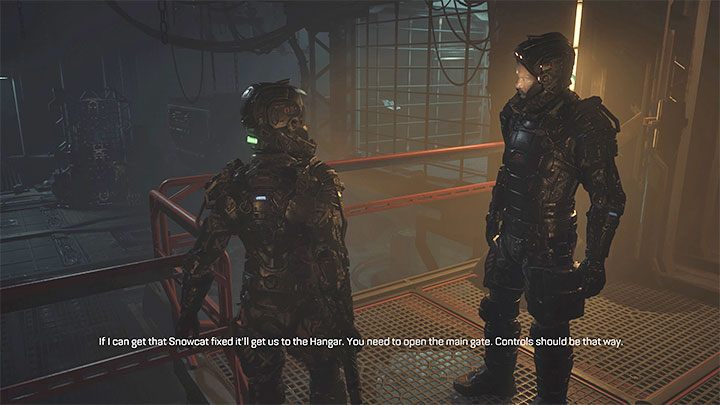 How to unlock: a scripted event in the Lost chapter - Jacob will receive this weapon from his companion after winning the first battle in the garage.

Weapon Description: The Riot Gun is the second and better variant of the shotgun . Consider buying upgrades (damage, magazine size, etc.) especially if you're placing on the hardest difficulty level and want to have something effective against bosses. 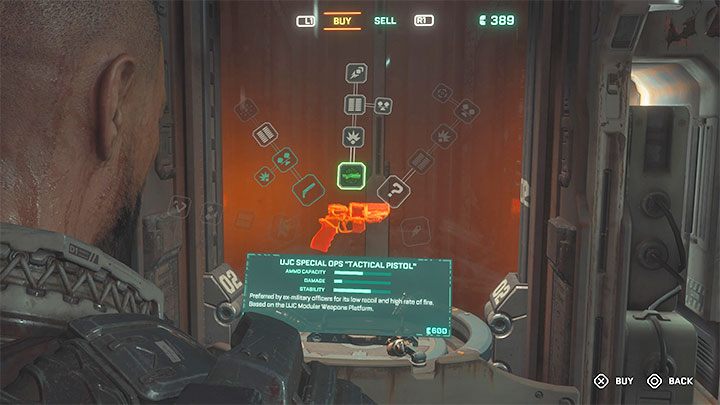 How to unlock: You need to find the schematic (the Below chapter) - it is in one of the side rooms explored during your passage through blind-monster-infested areas. Its exact location and way of getting it is described in detail in Schemes chapter of the guide. After getting the schematic, you need to bring it to the nearest ReForge and spend 600 credits to get the weapon.

Weapon description: This is the second type of pistol appearing in the game. Its advantages are large magazine size, but unfortunately, it has low firepower and this may become a problem in the later stages of the campaign. If you don't want to use it, simply don't print it at all - this way you'll save credits for the weapons you actually use. 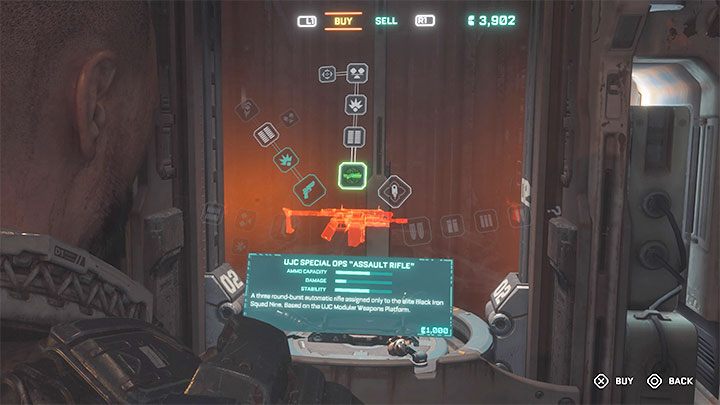 How to unlock: a schematic is needed (the Colony chapter) - it is found in L2 Restroom near General Store encountered during the exploration of the Old Colony. Its exact location and way of getting it is described in detail in Schemes chapter of the guide. After getting the schematic, you need to deliver it to the nearest ReForge and pay 1000 credits to get the weapon.

Weapon description: The Assault Rifle is among the strongest weapons in the game and its additional advantage is the ability to fire in longer bursts. Unfortunately, the upgrades for the rifle are very expensive, mainly the last 2 upgrades from the tree - each of them cost as much as 4500 credits. Don't strive to upgrade the Assault Rilfe in 100% at the expense of underdeveloping other weapons.