On this page of the Callisto Protocol guide, you can find information about available languages. We have described which languages support subtitles (on-screen text and dialogue subtitles) and dubbing. We also explain how to quickly change the language in the game.

Callisto Protocol offers subtitles in 12 languages. You can set the language separately for the on-screen and menu text as well as subtitles for the dialogs.

Callisto Protocol offers dubbing in 8 languages. The game starts with the English voices as default.

Changing the language in the game 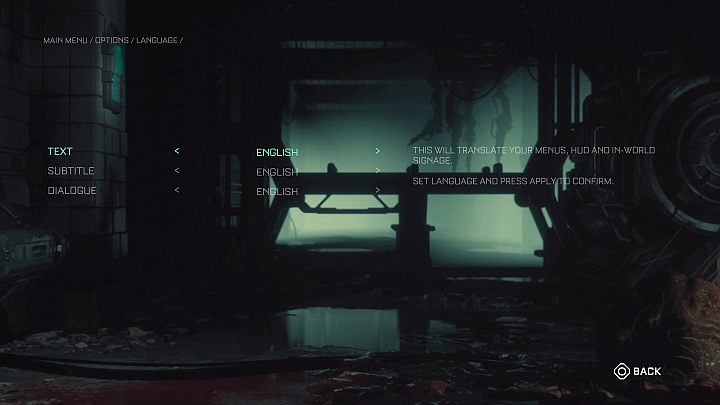 You can change the language in the Language menu. This is available not only in the main menu, but also in the pause menu during the game (without having to restart it). There are 3 settings: