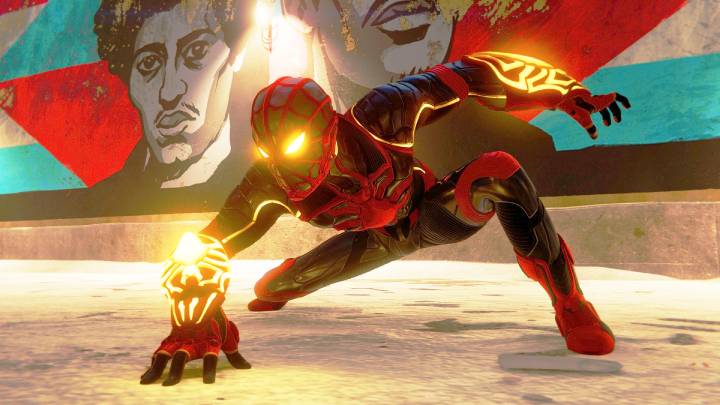 The costume is a reference to agents of S.T.R.I.K.E., the British equivalent of S.H.I.E.L.D. The organization first appeared in a comic book titled, "The World. "Captain Britain" from 1977, while on the big screen in the 2014 film titled "Captain America: The Winter Soldier."