In Spider-Man Miles Morales you may come across time capsules - collectibles you unlock after completing the 7th mission of the main story - Reconnecting.

Locations of 15 time capsules to be collected are marked on the map as round green icons with a clock symbol. For each capsule collected you receive 3 activity tokens and 100 experience points. Upon arriving at the designated location, scan the surroundings (R3) to find the target faster. The order of collecting them is arbitrary.

If you run into problems while searching for capsules, we have prepared a list with a detailed description of individual collectibles, divided by districts: 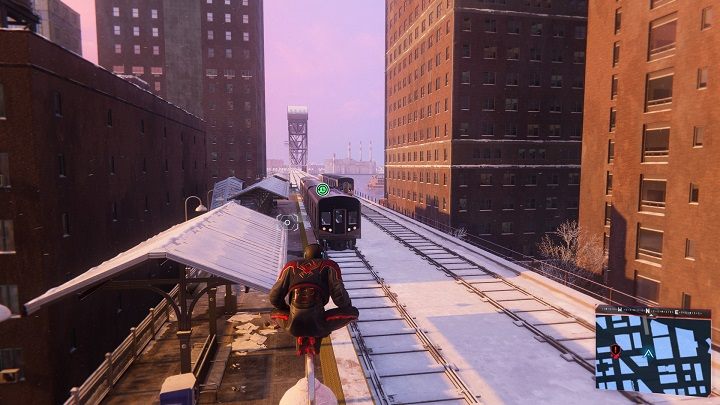 There is one time capsule hidden in Harlem, you will find it between the subway cars. Go to the indicated location and wait for the train to stop at the station. Jump on the roof and take the capsule. 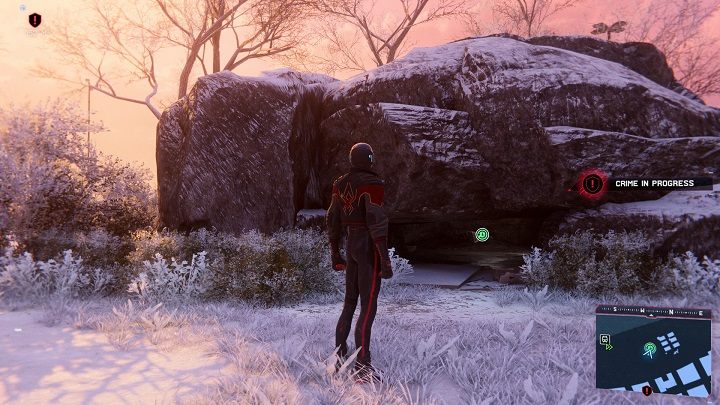 The capsule in the Upper West Side is located in a park near the river. Go around the cluster of stones until you find a narrow entrance to a small cave. Crawl in and collect the capsule. 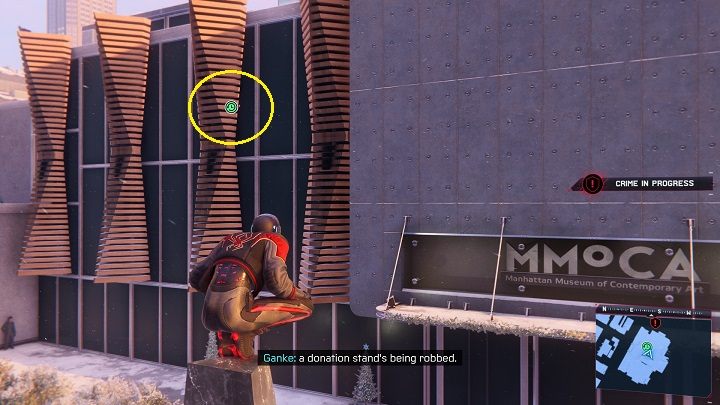 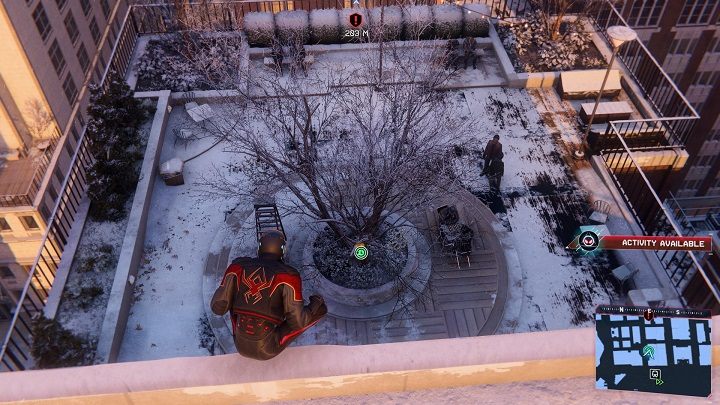 The first of the capsules in the Upper East Side is located in a small garden on the roof of the building. 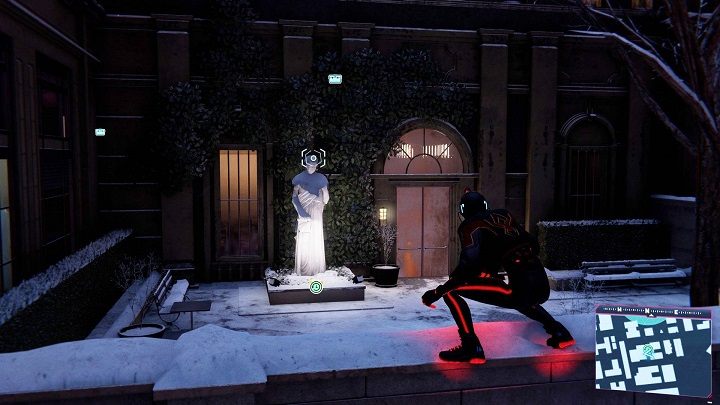 The second capsule lies under the statue, on the building's terrace, near the park. 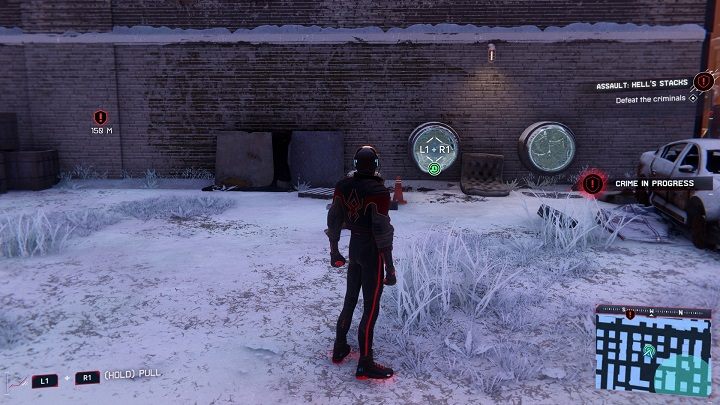 The first capsule in the center of Hell's Kitchen is located in one of the pipes at the back of the building. Hold the L1 R1 to get rid of the trash covering the capsule. 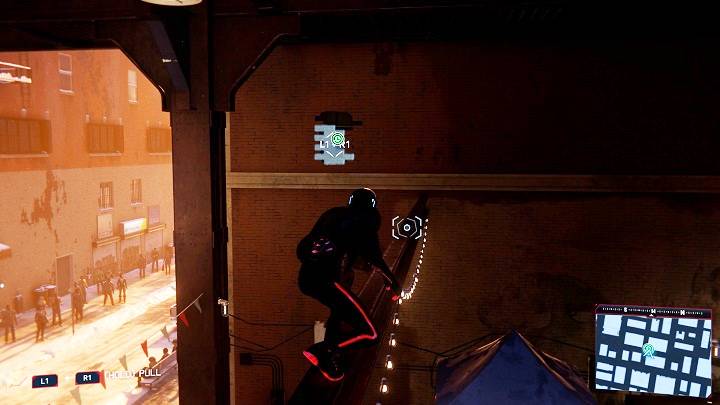 The second capsule is located under the bridge in the southern part of the district. Jerk the bricks to get to the capsule. 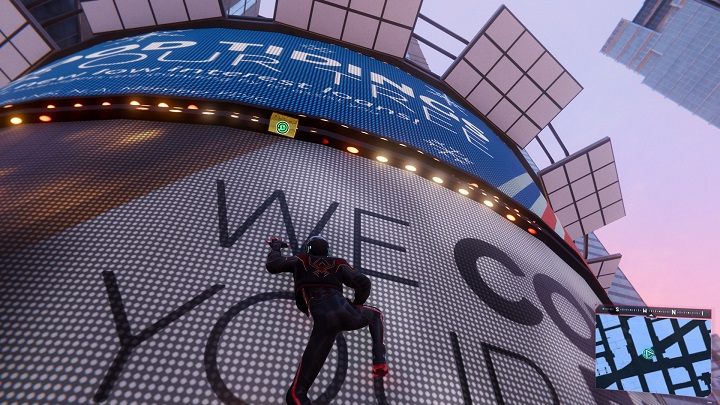 The first capsule in Midtown is located in the western part of the district, between the screens on the building. 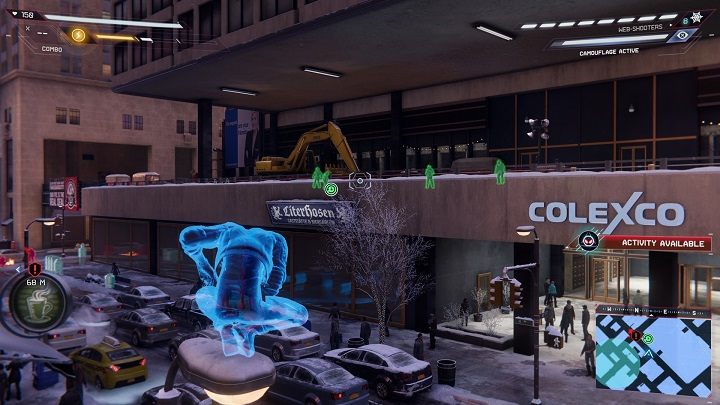 The second capsule is on the terrace of the building, where renovation works are underway. As soon as you get close to the workers they will chase you away, so put on the camouflage and distract the worker standing over the capsule. Fire several web launchers (R1) into a nearby object or floor and wait until they are far enough away to take the capsule. 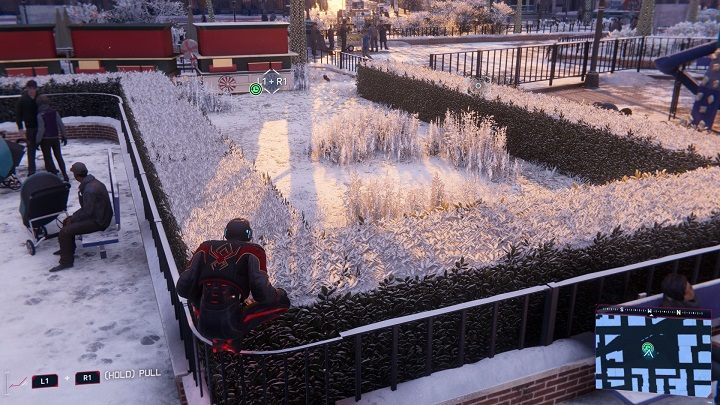 The third capsule is in a small park, on the border with Greenwich. Pull the train with the web to reach it. 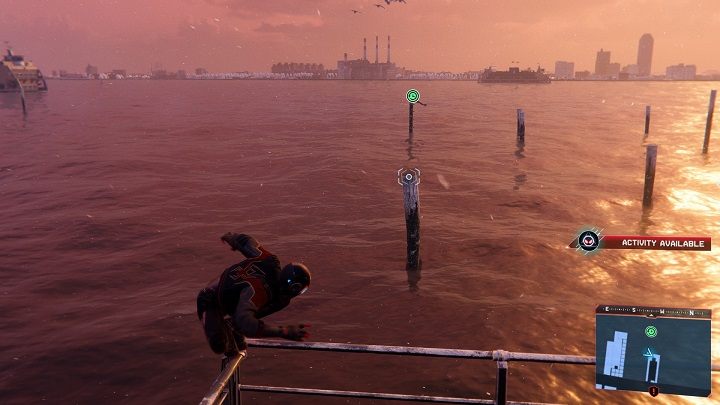 In Greenwich the capsule is located on a pole by the river. 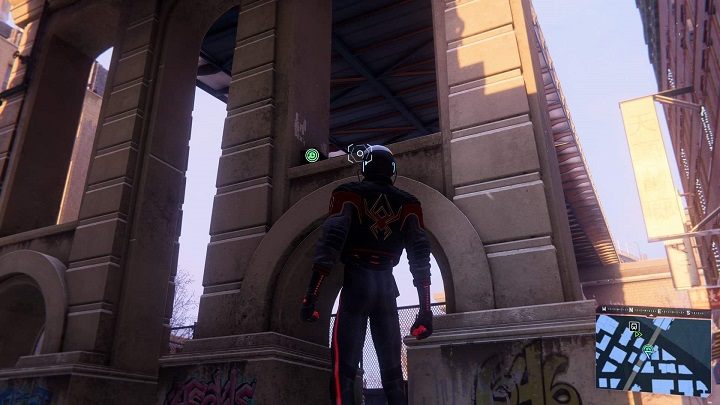 The first capsule in Chinatown is located under a bridge near the river. 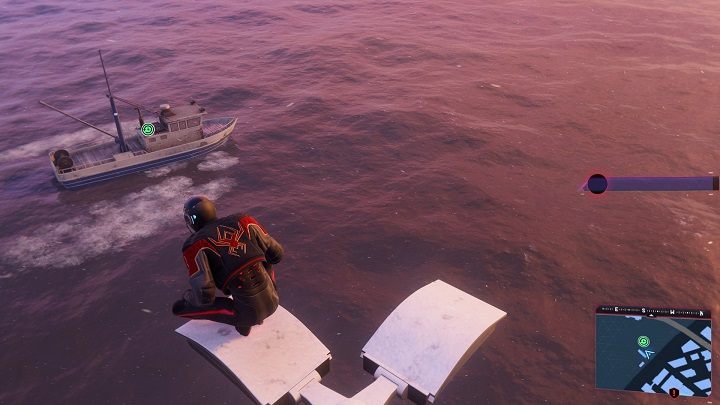 The second capsule can be found on an old boat, floating at Chinatown docks. 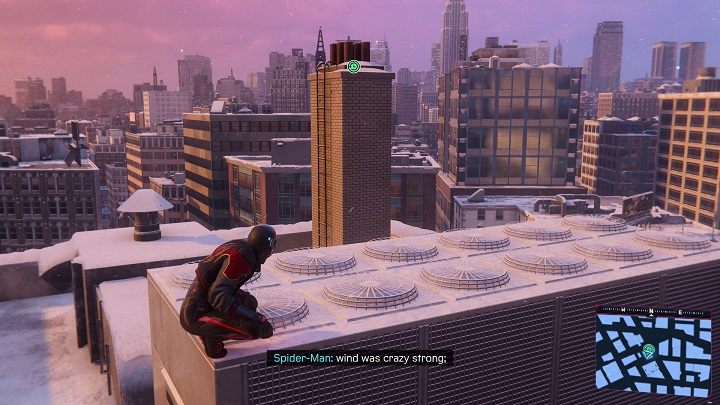 The first capsule is located in the chimney, on the roof of the financial district building. 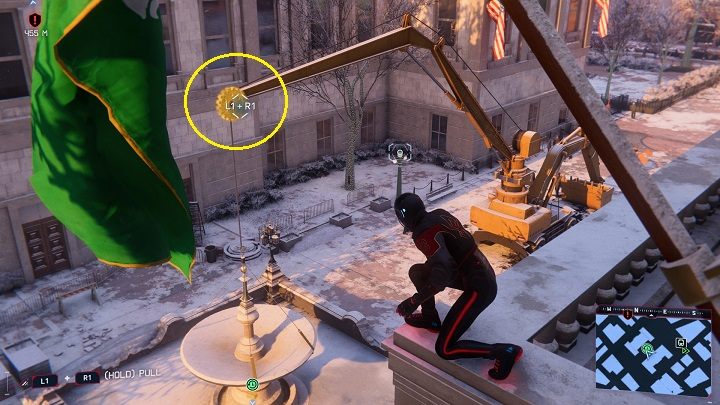 The second capsule in the Financial District is located under an inactive fountain. Pull the sprocket (hold L1 R1) and then quickly aim (L2) and shoot several times from the web shooter(R1).