On this page of the Spider-Man Miles Morales Guide you will find a walkthrough description of the side mission called Final Test, in which you will fight the holographic Vulture. The mission will be unlocked after finishing all the Challenges in the Spider-Training, and when you complete it, you will be rewarded with the Miles Morales 2020 Suit . 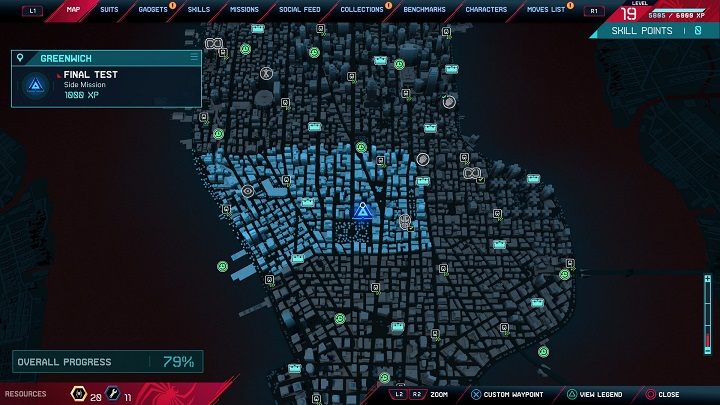 After you complete all challenges in the Spider-Training, the mission will be marked on the map. Go to Greenwich, use the computer and start the Final Test prepared by Pete. 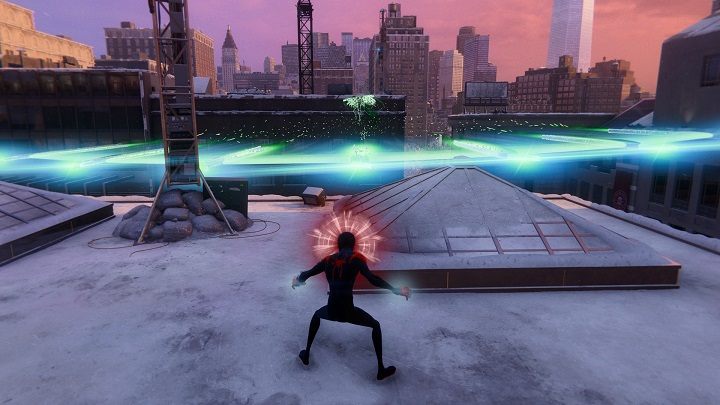 The fight against the hologram will begin. Jump on a nearby roof to be able to see the enemy, who's in constant motion. To deal him some damage, wait until he shoots a series of green missiles in your direction. As they are flying towards you, press L1 R1 to catch and throw one of the missiles back in Vulture's direction. 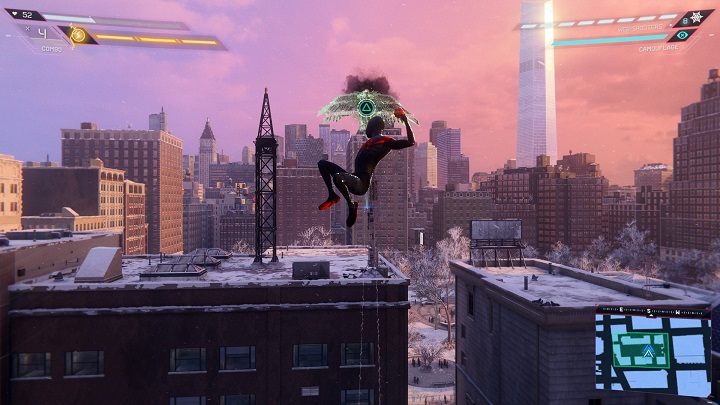 Once do it, a triangle will appear above the enemy's head. Press it quickly to jump on the enemy and perform a combo attack. Repeat until the second stage of the fight starts. 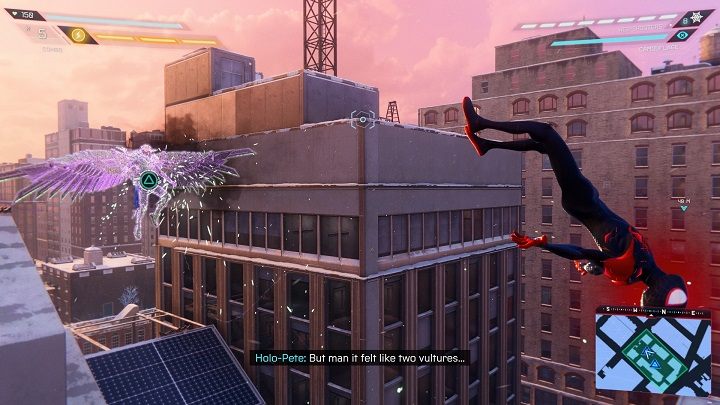 The second stage of the fight will start in the air. Perform dodges and keep pressing the triangle when it appears on the enemy to pull him in with the spider web. Don't forget that even in the air you can use your Venom Skills. When you beat Vulture up enough, he will start shooting the green missiles again. Stand on the roof, throw the missiles back and attack him as soon as the triangle prompt appears over his head. After winning the fight you will receive the Miles Morales 2020 Suit.