This page of the Spider-Man Miles Morales game guide describes the mission called Thicker Than Blood. The mission focuses on the fight against Prowler. 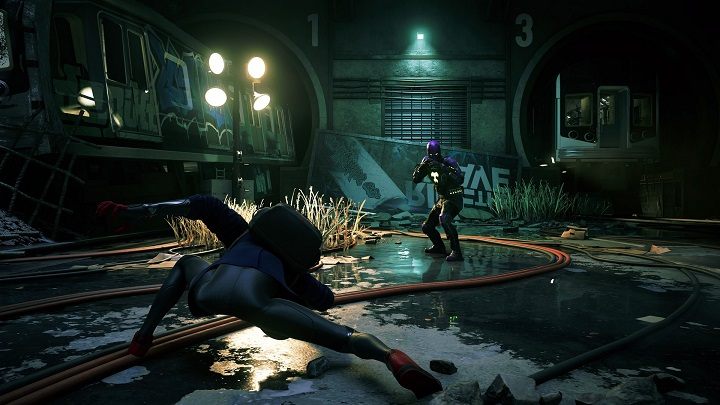 In order to get to this mission, you must first perform any side quest from the app. Then, a marker will appear on the map. Go to the Science Center in the Upper West Side. You will be attacked and captured on your way there.

After a short cutscene, the fight with Prowler will begin. He is very fast, can become invisible and throws grenades on top of that. Your Spider Sense will tell you where your opponent will appear. Keep moving, counter, dodge and use the Venom Punch to stun Prowler and hit him with a combo. When you deal him enough damage, the second stage of the fight will begin. 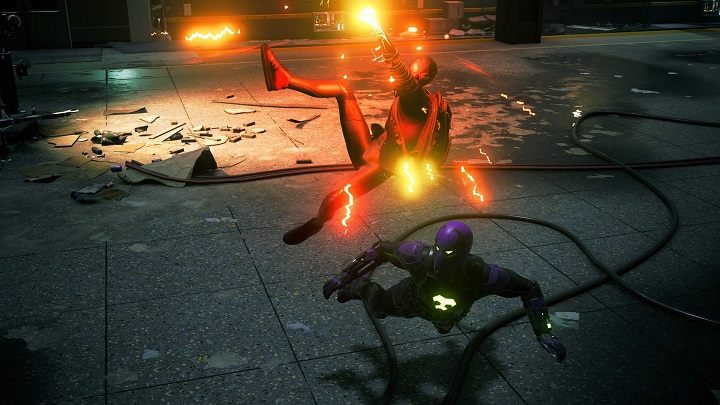 At this stage, watch out for the green flame beams he fires. This attack takes some time so it's best if you make a dodge and jump to Prowler, hitting him from behind. You can also use Venom Dash.

If you need to charge your Venom bar, you can put on the camouflage and move to one of the nearby generators on the wall. You can absorb some energy from them. 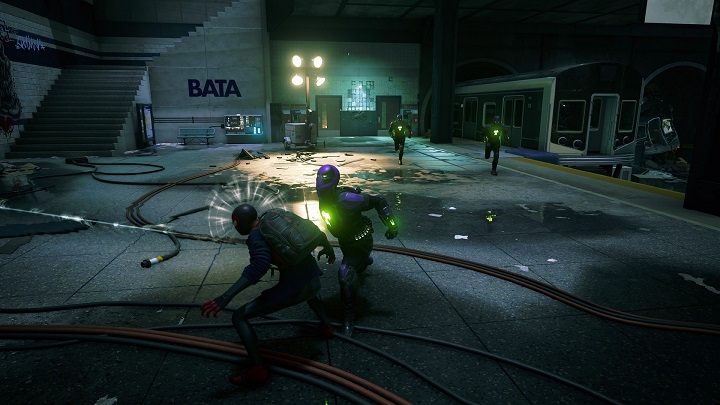 At the third stage of the fight, Prowler will spawn holograms from time to time. They are not too strong, though. A few hits will knock them down. You can also use Venom Smash to quickly get rid of all three. Eliminate the holograms and attack the main boss. Deal him enough damage to complete the mission.