In this chapter of Spider-Man Miles Morales, you will read the walkthrough description of the Hold Onto Your Web-Shooters mission. In this mission, Miles must defeat the escaped prisoners, get to the mall and fight the first Boss in the game, Rhino.

Chasing Rhino and getting through the mall 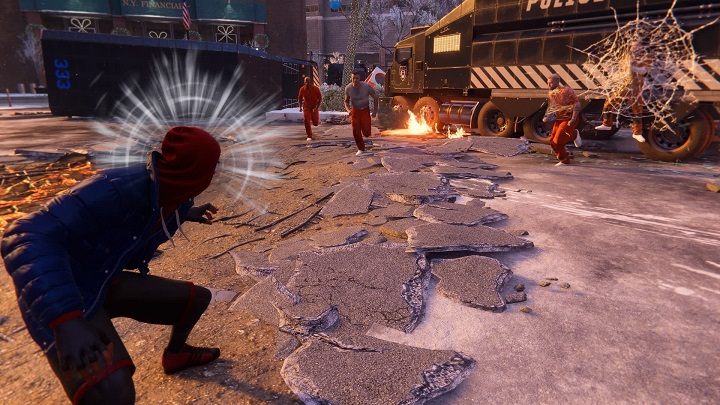 The mission starts with a message from Pete. He asks you to meet him in Midtown. Follow the yellow marker which also shows the distance between you and the target. Take some time to practice swinging on the web and wall-running to traverse the city effectively. After a short cutscene, you will have to fight the escaped prisoners while Pete takes care of Rhino. Attack them by pressing the square, dodge them by pressing the circle, and use the Web-Shooters by pressing R1. 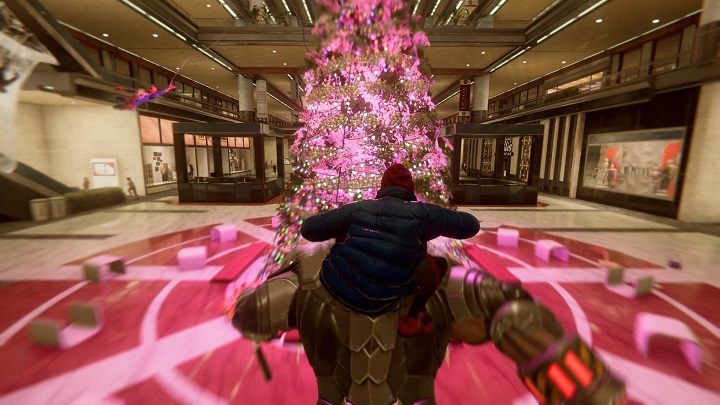 After you defeat all opponents, Rhino will enter the fight. Follow him until the next cutscene. Miles will jump on his back and get to the mall. Control the left analog stick so that Rhino doesn't run into passing people and surrounding objects. If you break 15 objects, you will unlock the Like a Rhino in A China Shop trophy. Watch the health bar and heal yourself with the down arrow. When you leave the mall, you will have to chase Rhino again. You will also fight the prisoners again along the way. Press the circle and triangle when they appear above your opponent's head to finish them off quickly. Then, jump on the roof of the building to defeat the next group of enemies. The duel with Rhino will begin afterwards.

Perform a series of hits to charge the venom bar as quickly as possible, and perform a Venom Punch (L1 + square). When the fight is over, watch the last cutscene to complete the mission. 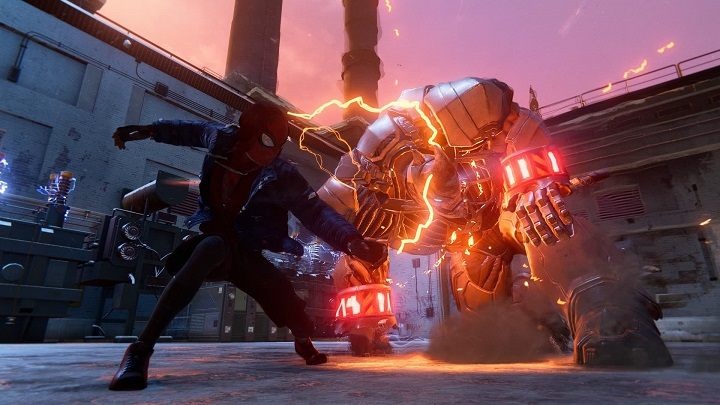