It's a good idea to read the beginner's guide for Sniper Elite 5 before starting the campaign. The hints and tips from our guide can help you sneak, eliminate enemies, explore the map or equip Karl with better gear. 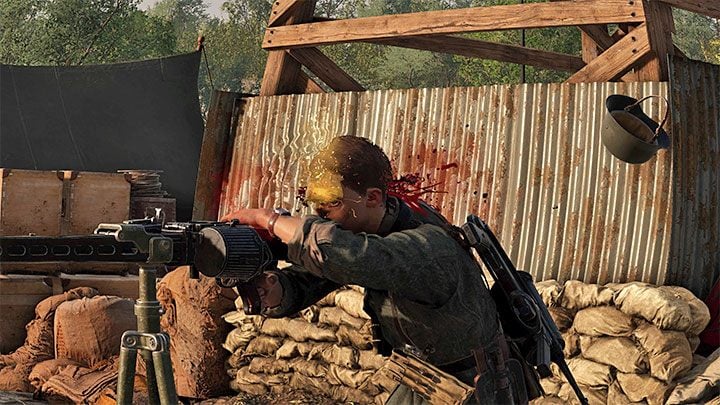 You can easily make some severe mistakes in Sniper Elite 5. The most common are: missing a shot fired from a long distance and killing an opponent in the field of view of other enemies.

The game allows you to save the game, except when you perform some unique activity or are attacked. Manual slots for saving the game are available, and it is worth many of them in case you, for example, save the game just before bumping into your opponent.

Using silenced weapons is a must 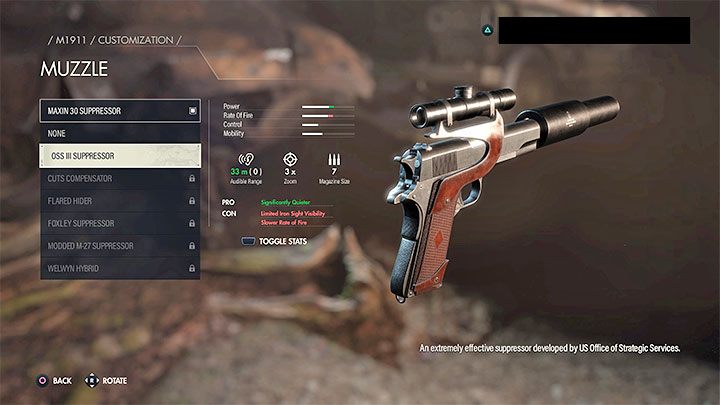 Silencers can reduce the risk of alerting the area, although they are not capable of eliminating it. This is because attaching a silencer only limits the audible range of a given weapon (e.g. from 200 to 80 meters). You still have to check that nobody is standing in the closest vicinity.

Each weapon has several silencers with different stats - for example, some suppress shots better, while others do not reduce the accuracy. We advise you to check and replace them regularly and travel with all 3 weapons equipped with silencers. SMGs and suppressed pistols are helpful for close-range kills.

Masking the sounds of shots will reduce the risk of detection 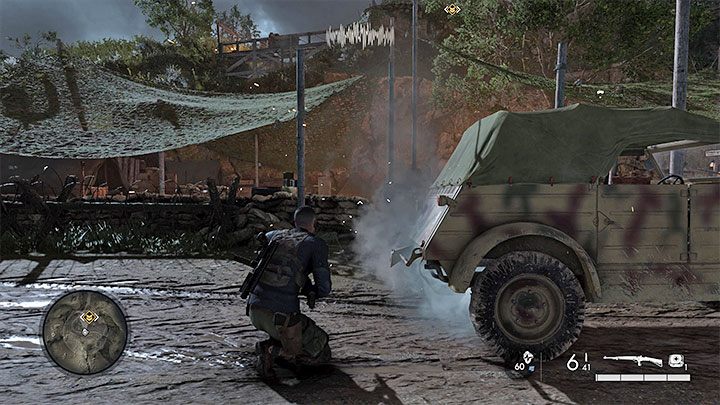 An important mechanic of Sniper Elite 5 is the Loud Area - enemies within its range can hear gunshots or other noise (e.g. character's footstep). You can deal with it by masking the sounds by:

Binoculars are perfect for scouting and tagging enemies 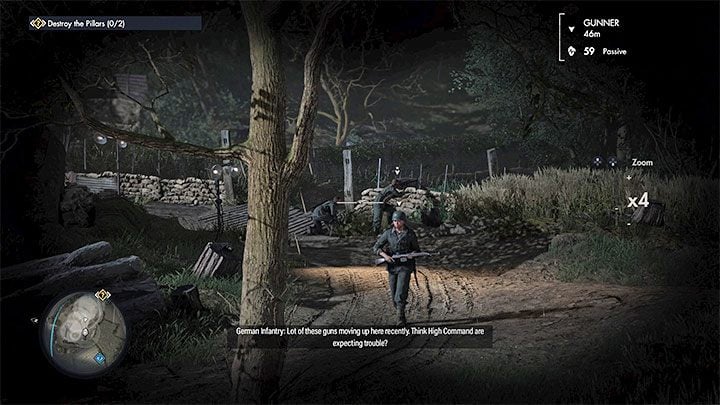 Before visiting each new location on the map, you should do a scout. Set up at a higher point with a good view of the area to explore. The perfect gadget for reconnaissance is binoculars that allow you to zoom in and tag enemies. Tagged enemies receive icons that remain on the screen even after the opponents disappear from the character's sight. This makes it much easier for you to follow their actions to surprise or avoid them. In addition, you can sometimes learn about unique items in the enemy's inventory. (e.g. a key, collectible).

Focus and radar are useful at short distances 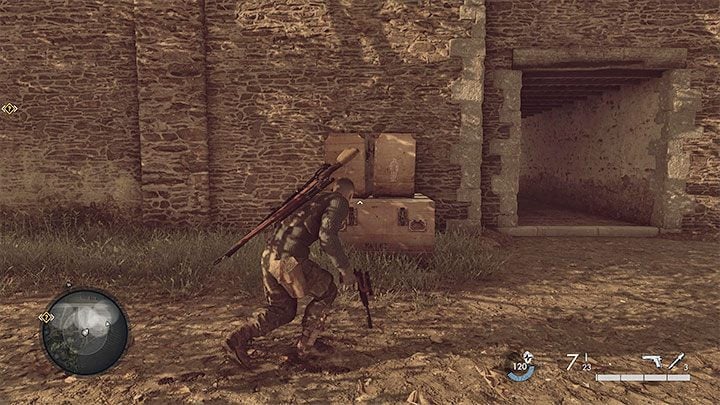 Two other functions are also helpful in exploring the area (note - they are not available on authentic difficulty level):

Try to explore 100% of the maps you visit 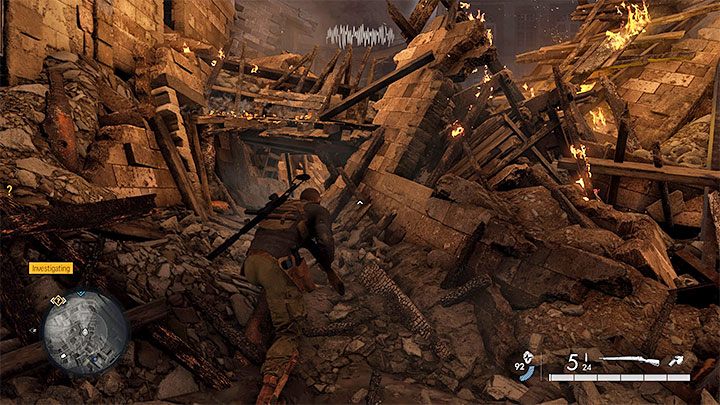 In Sniper Elite 5, there are 8 sandbox maps to explore, on which you can freely move around (except for single locations separated, for example, by a high wall or wire entanglement). Don't focus only on the main objectives of the mission because, thanks to careful exploration of the entire map, you can: 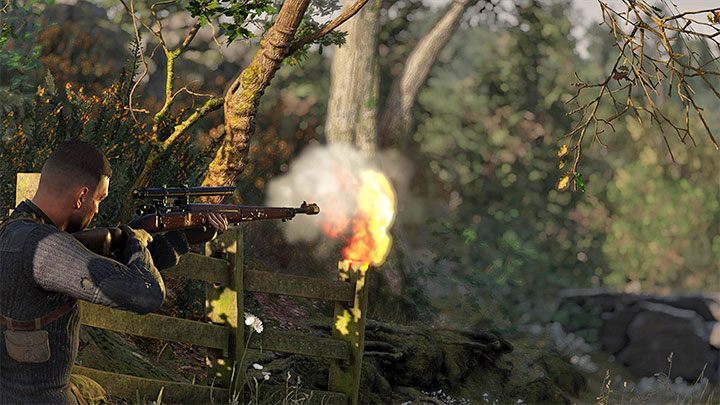 The trajectory of projectile flight in the game is affected by the difficulty level you choose:

Additional loadout is just as important as the main weapons 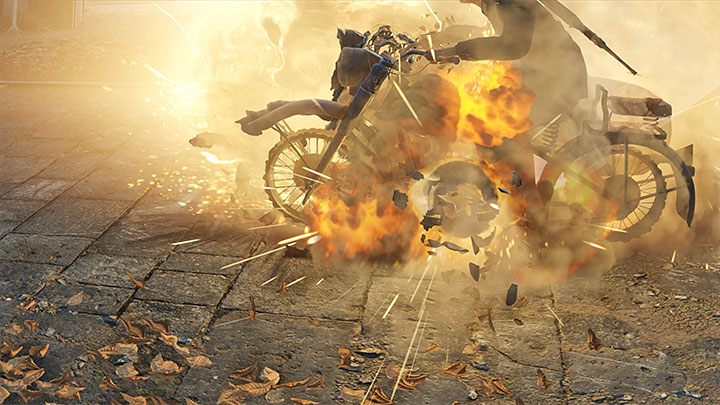 The character's equipment includes not only three weapons (rifle, SMG, pistol) but also other items you can take with you on subsequent missions or find in the game world. We advise you to use them regularly and the most important of them are: