The french towns in Sniper Elite 5's sixth mission, Liberation, feature some side missions. Our guide explains how to destroy the anti-air guns and where to find the radio operator from the crashed plane. 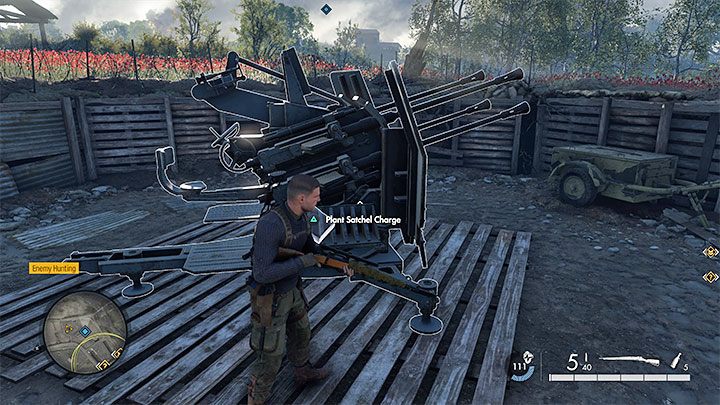 You'll learn about the anti-air guns once you approach them. There are 3 AA guns to destroy in the middle of the map, which can be handled in any order.

Your strategy should be the same as in misison 1 - dispatch the enemies near the AA gun and locate a satchel charge. Attach it on the AA gun, light the fuse and retreat to a safe distance. 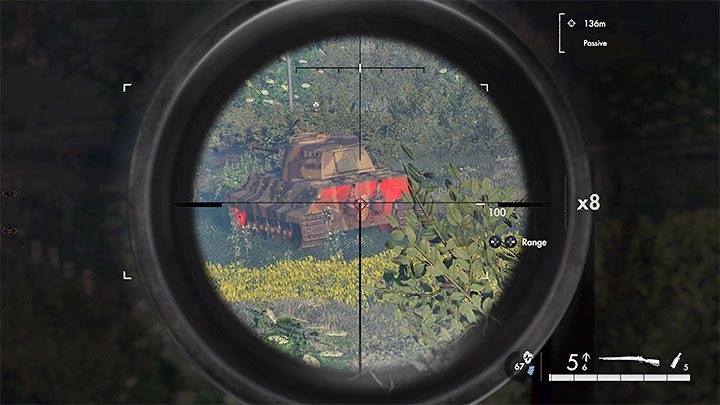 There's a tank patrolling the area near two of the AA guns, which can make destroying them difficult. You can either wait for the tank to drive off (we recommend tagging it with your binoculars) and constantly hide in tall grass, or try to destroy the machine. You can use anti-tank rounds (aim for the exhausts and the weak spot behind them) or wait for the tank to stop and plant a satchel charge on it. 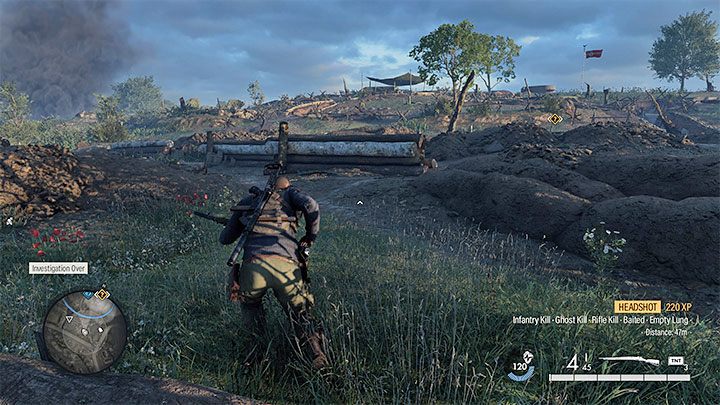 This objective is in your journal from the beginning of the mission. You must investigate the plane crash site in the north-western part of the map. If the snipers from the western town are still alive, you should try and reach your destination from a different direction.

You won't find any living allies near the wreckage. Your objective should now update, tasking you with searching the trenches east of the crash site. 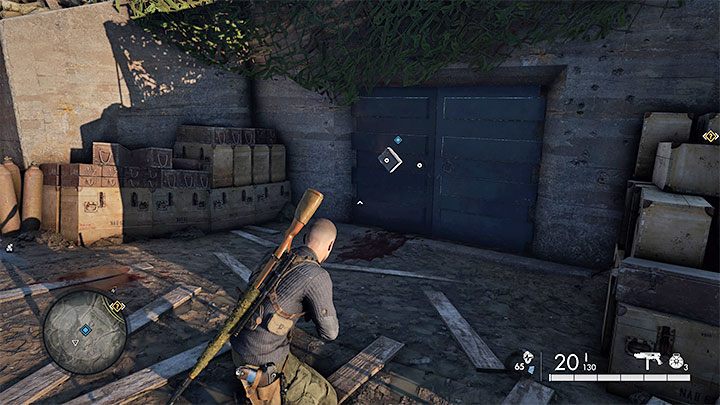 While exploring the trenches check your radar frequently, as you can easily bump into an enemy and get into a fight.

Your objective is to find the bunker entrance pictured above. Use the Bunker Key taken from one of the enemies or blow up the door with an explosive. 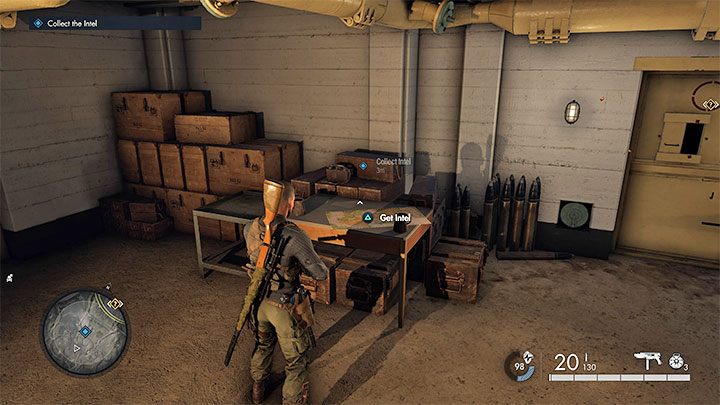 Inside the bunker there's a corpse and Intel you must examine to complete the side mission.

Third side mission - snipers or the booby-trapped bridge

The third side mission is the mandatory objective you didn't do first - killing the snipers from the western town or disarming the bombs on the eastern bridge. After completing one of the objectives, the second one will be turned into a side mission. We've described both the objectives on the securing the crossing page of our guide.