While exploring Festung Guernsey in the fifth mission of Sniper Elite 5, you will have to sabotage the active Battery Mirus. The walkthrough in our guide describes how to get to the large gun and 3 variants of destroying the structure by performing different types of sabotage. 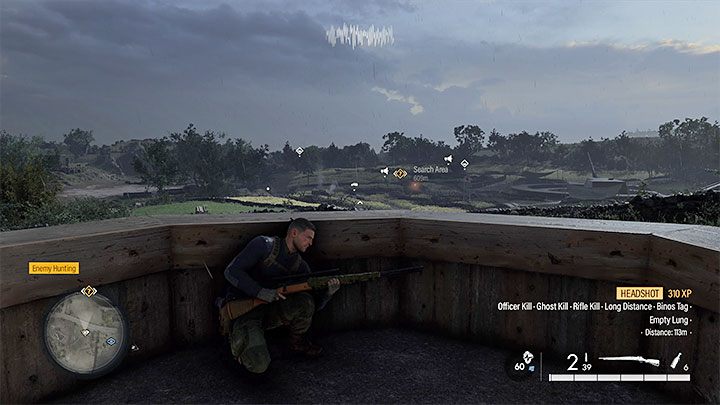 The task of destroying the enemy gun is not on the list from the very beginning of the mission, but you will learn about it while exploring the map. There are two batteries on the island, but only one of them is active, and you will find it in the northern part of the map.

If you plan to secure the area thoroughly, you can optionally reach the roof of the bunker east of the gun (picture above). This place guarantees a good overview of the area, although you won't be able to notice enemies running in the trenches surrounding the mission target. You can approach the battery through trenches or one of the bigger passages. Rely on the radar's reading to avoid being surprised by the enemies. 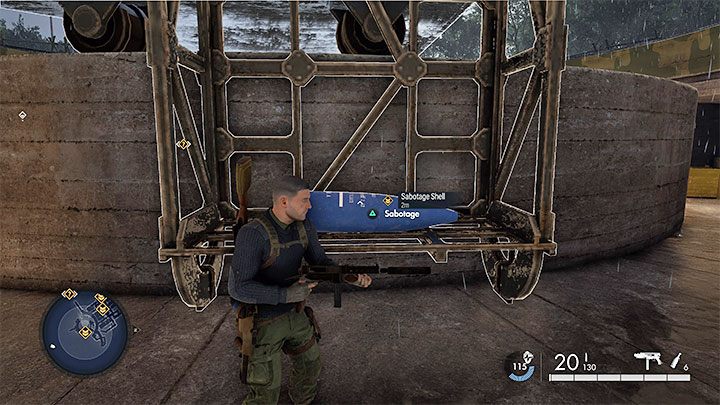 Sneak into the bunker surrounding the gun and get rid of at least some enemies. Also, explore the area to unlock all actions. There are 3 different ways to destroy the Battery Mirus and stop it from firing:

Option A requires sabotaging Artillery Shell. You have to get to the feeder located under the gun (picture above). Hold down the interaction button while the shell is ready to be loaded. Successful sabotage will destroy the gun when it tries to fire. 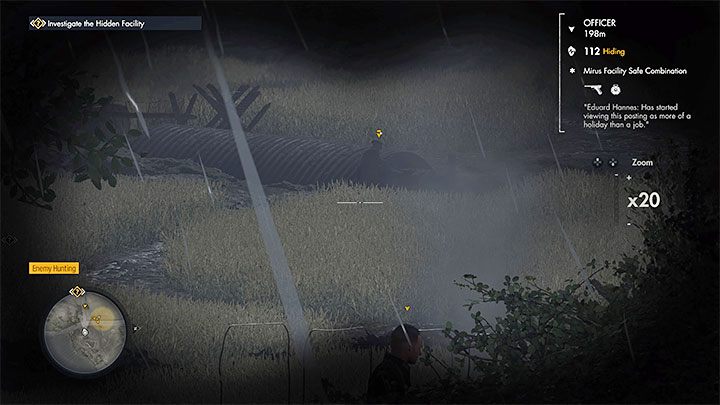 Option B involves finding and using the Scuttle Code . The code is stored in the safe, and if you want to get the safe combination, look for the relevant officer in the area of the battery (use binoculars). Eliminate him and search his body. 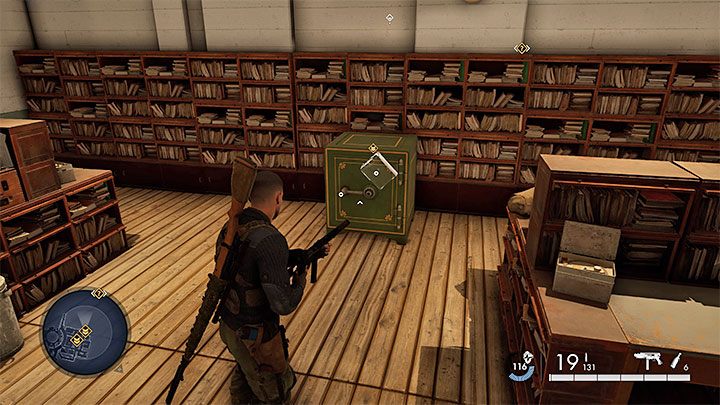 The safe is in one of the bunker's rooms. You can enter the combination from the officer or use the explosive to blow up the safe (you will also find it in this underground location). 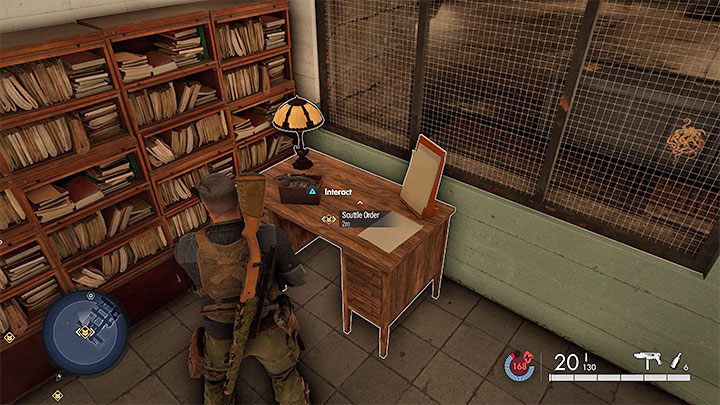 With the obtained Scuttle Code, you have to go to the Underground Hospital in the central part of the map, and its infiltration is described on a separate page: Finding Stealth Plates.

Choose any entrance to the hospital and reach the room you can use the Scuttle Code (picture above). You will outsmart the Nazis and neutralize the battery. 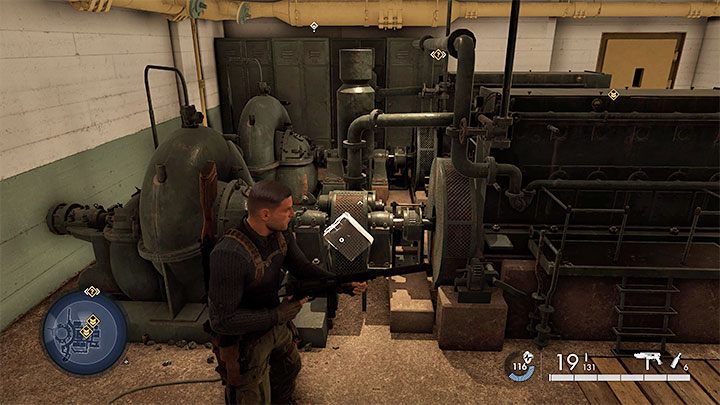 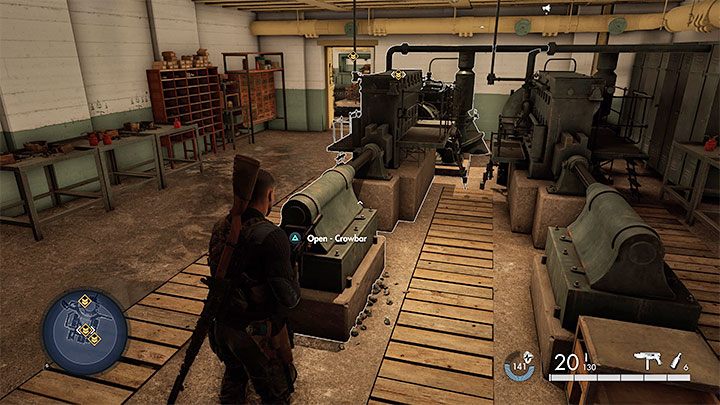 Option C requires sabotaging the Engine Room . It's located in one of the bunker rooms. In this case, you can place an explosive and use a crowbar on the generator. A cutscene of successful sabotage will display.