After you infiltrate Hidden Facility on Guernsey in Sniper Elite 5, your task will be to destroy the Kraken's U-boat prototype. The walkthrough in our guide describes the 3 main ways for achieving this mission objective while completing mission 5. Each of them will allow you to complete the mission.

The following description refers only to sabotaging the prototype. Information on how to locate the Hidden Facility can be found on the previous page of the walkthrough - Finding Stealth Plates.

Option A: Overload the Pressure Valves 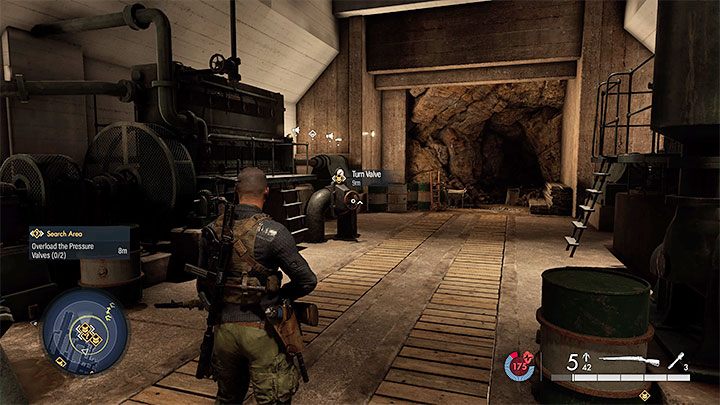 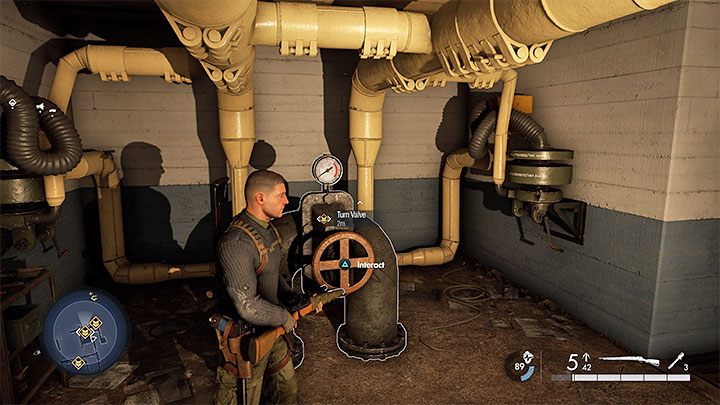 You have to reach 2 valves - check the corridors under the command center in the Hidden Facility. The first valve is on the lower and the second is on the higher level, which you will reach after using the ladder. 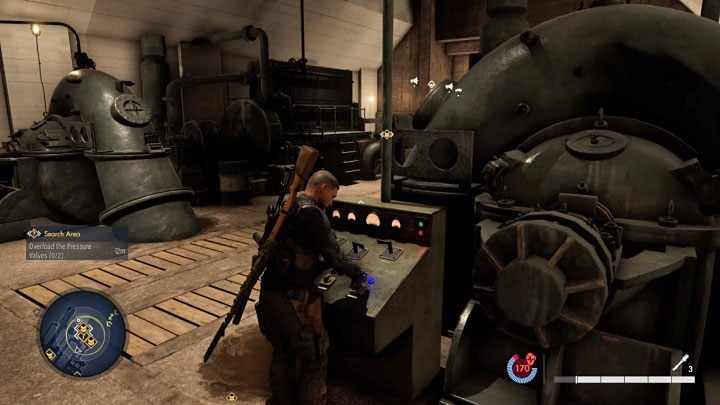 Additionally, you have to use the console next to one of the valves to open the bunker vents. 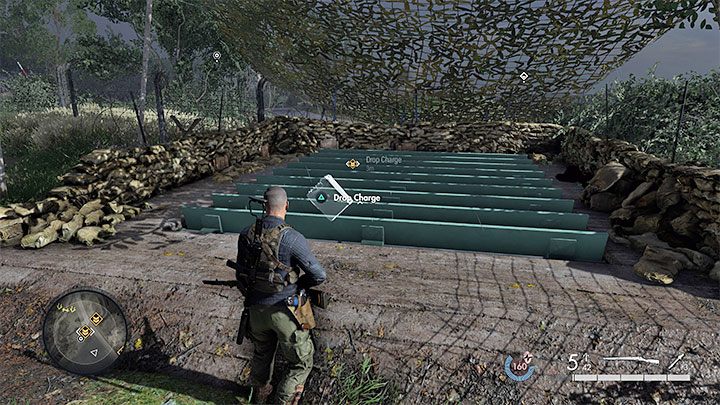 The last step is to go outside and reach the area east of the Hidden Facility. As a reminder: by default, you will encounter a tank in the area. If you haven't destroyed it up to this point, you should choose the alternative southern exit and stealth in this area.

Your task is to reach the air vents on the surface. By opening them earlier, you can throw an explosive inside (you will find one nearby) and sabotage the secret facility.

Option B: Radio in the Scuttle Code 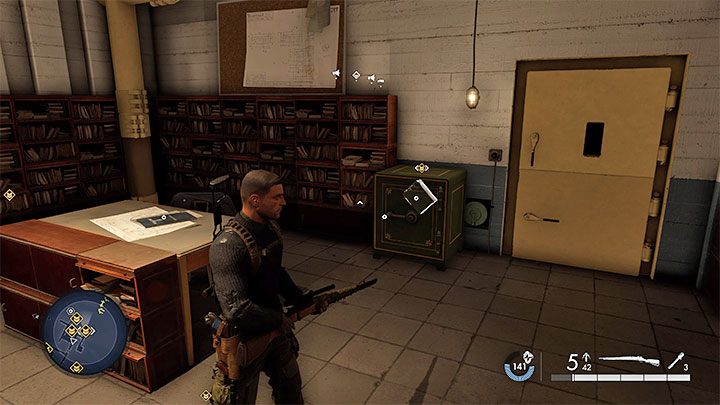 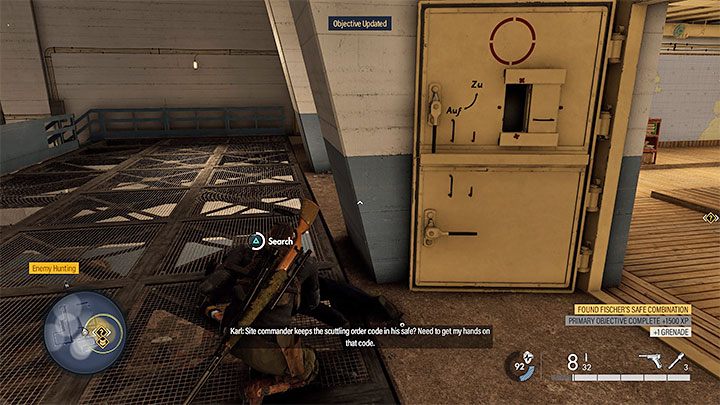 In this variant, you have to reach the room with the safe on the upper level of the facility, behind the command center.

The safe combination owns one of the enemies in the command center (picture 2). Search his body after eliminating him. Alternatively, you can use an explosive to blow up the safe (several of them are inside the base). 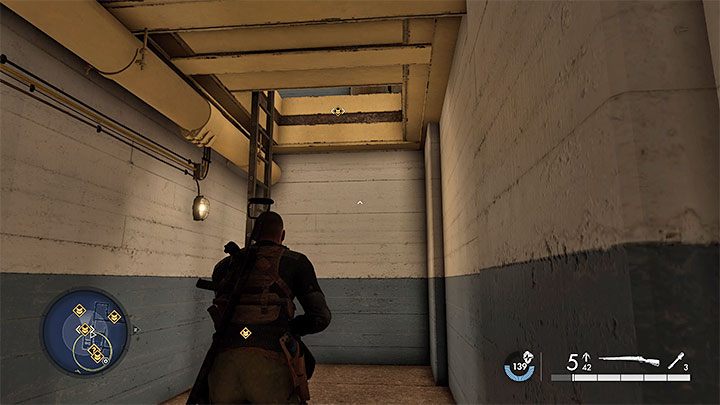 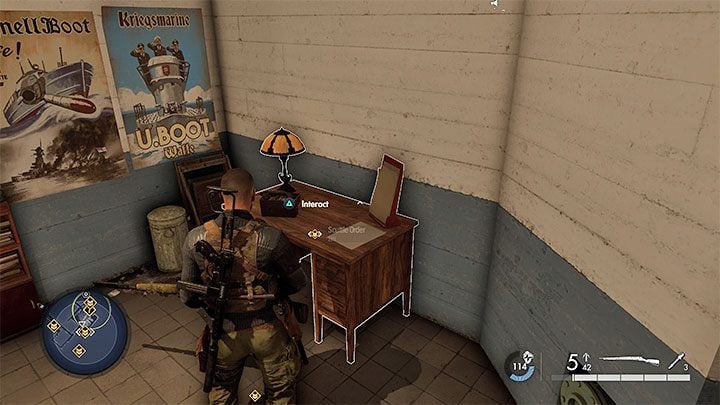 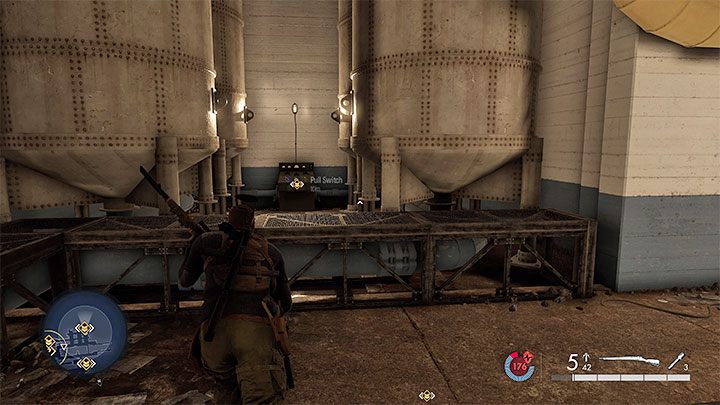 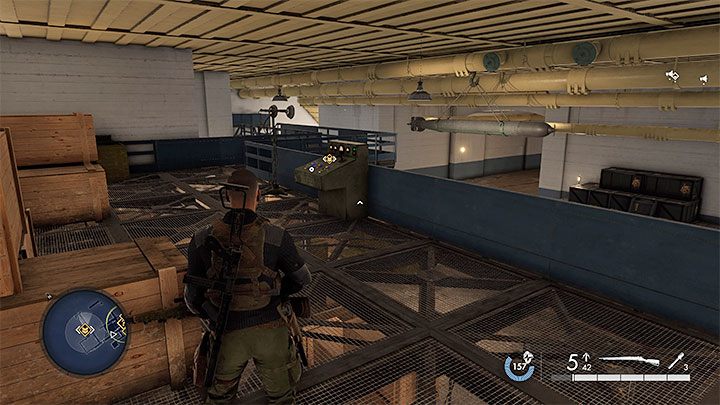 This variant involves using a torpedo to blow up a dock with the submarine. First, you have to reach 2 different consoles shown in the pictures above - one is at the end of the path on the lower level (jump over the obstacle on your way), the other is on one of the upper balconies. 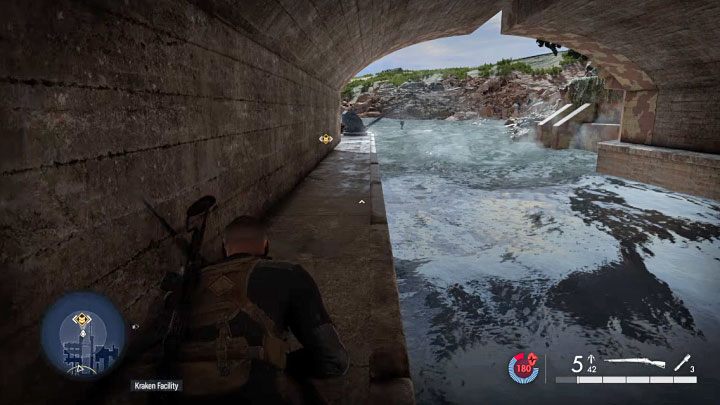 Go towards the exit from the dock to get away from the place where the explosion will happen soon. 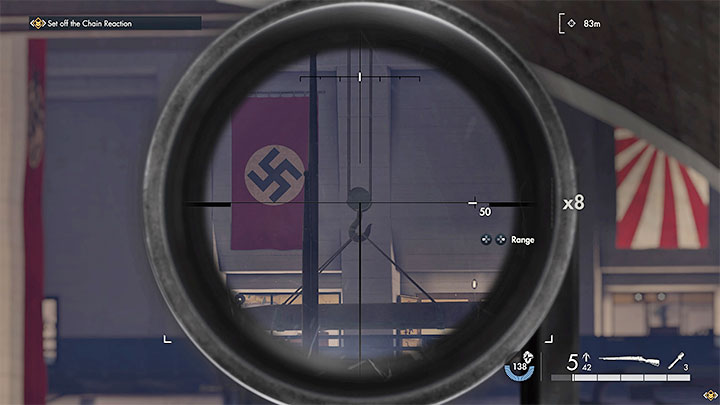 Turn towards the submarine and aim at the hook supporting the torpedo. It will fall on the submarine, and a big explosion will destroy the secret facility. After that, use the side ladder to return to the main part of the map.