This page of the guide to Sherlock Holmes Chapter One describes the reconstructions of events minigame. The first such minigame will appear in Ghosts of the Past - seance room. This page describes the mechanics of this part of the gameplay, and the walkthrough contains the exact instructions for each mechanic separately. 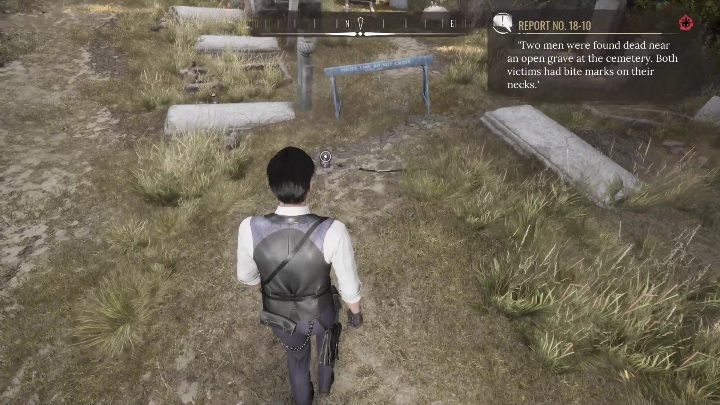 Reconstructions of events will appear in both the main quests (my story) and side quests. The game has: 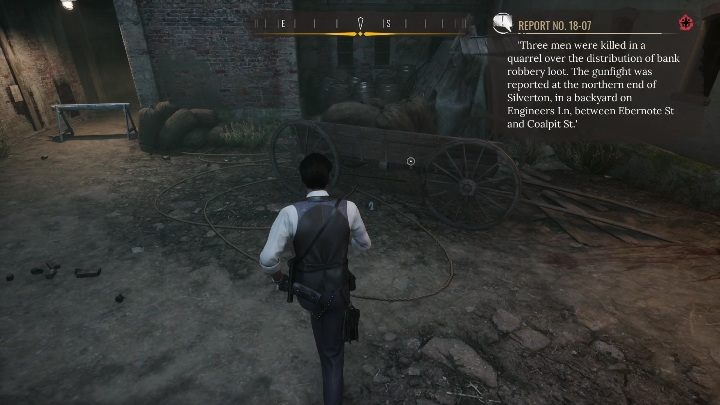 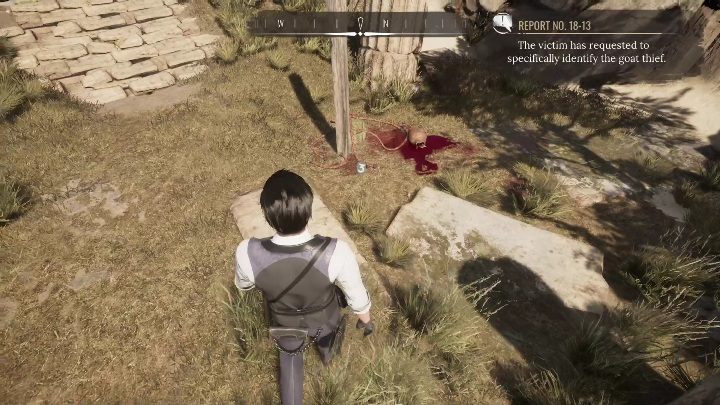 The evidence highlights when you use concentration mode. Sometimes they can be marked by the police - in that case, police marking will show up next to them, such as the ones shown in the screenshot above. 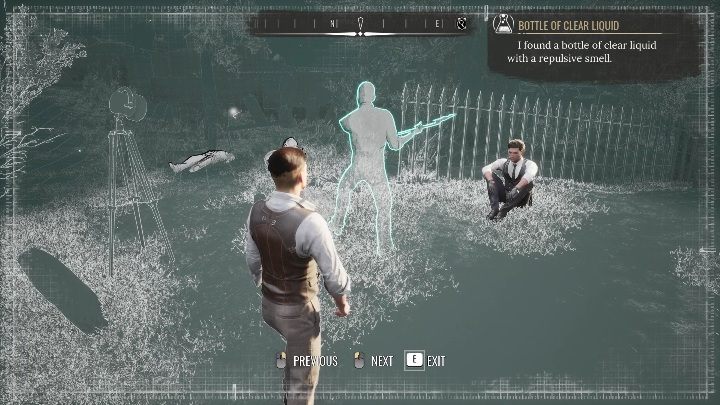 What's interesting is that Jon is the one doing the reconstruction. Sherlock is politely meditating at the scene. Jon will let you know if something is wrong and if he notices a mistake.

Setting up the characters 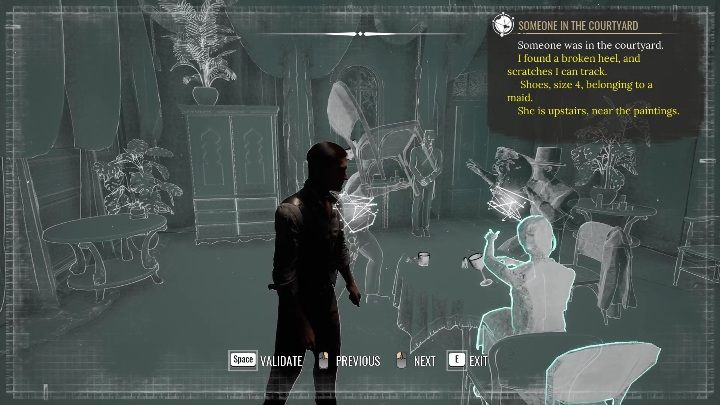 After collecting evidence and clues, you need to set the characters correctly. This will create the real chain of events, and you will be able to point out the offender.

Pay attention to all the details. It's not just about the pose, like falling or kneeling. Rather, focus on physical evidence, such as weapons or liquor bottles. 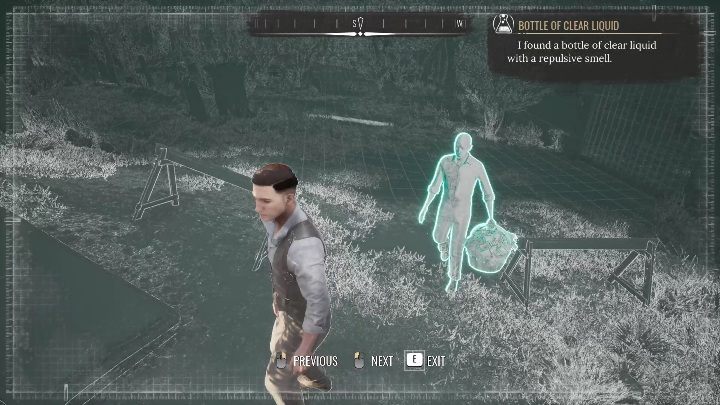 It is also worth looking at the characters. Hairstyle, facial hair, headgear and glasses are important. If you're sure of your choice, simply confirm it. Jon will warn you if you set something wrong.