When you're in The Mission of San Juan in Shadow of the Tomb Raider you can find many Survival Caches, among others. There's a total of 8 to find. Apart from that, you can also find 1 Conquistador Chest. The maps, pictures, and descriptions below will let you learn their locations and how to get there. The caches were marked with blue, and the conquistador with green. 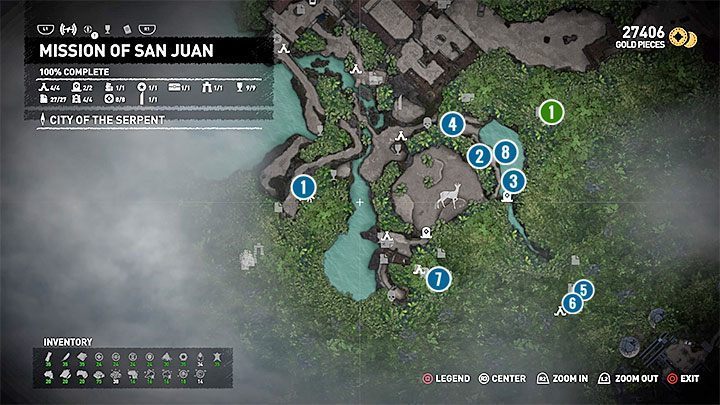 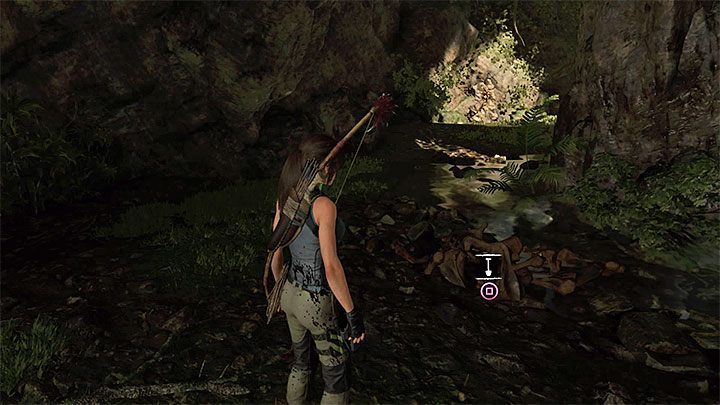 The Cache (1) is in the wolf cave. You have to kill the beasts first. 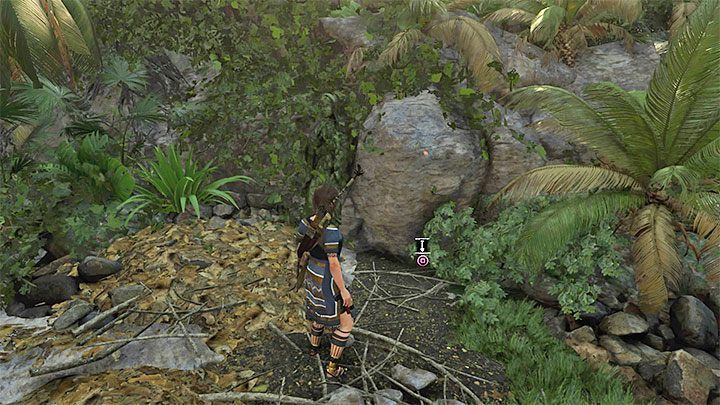 The cache (2) is near the mountain path that runs along the water reservoir. You can reach it from the north or south. 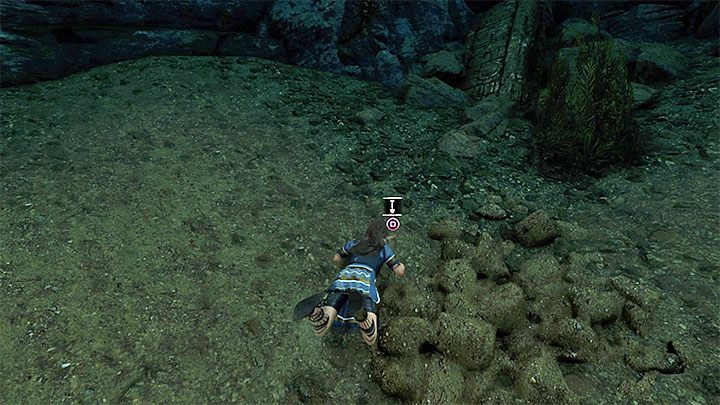 The cache (3) is at the bottom of the eastern part of the water reservoir, near the path leading to the Thirsty Gods tomb. 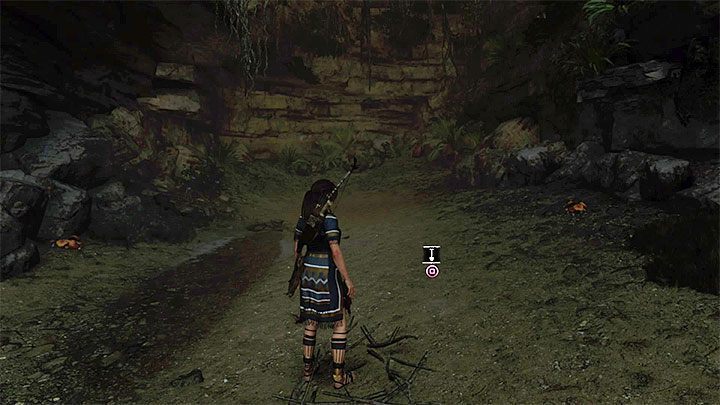 The cache (4) is on the small beach on the northern edge of the eastern water reservoir (there's a climbing wall nearby, used for getting out of this location). 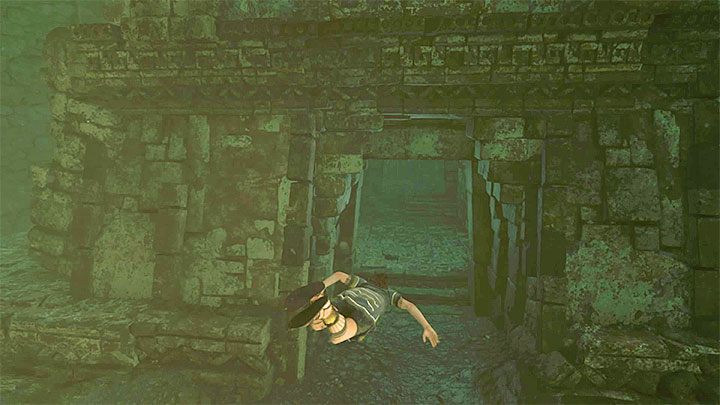 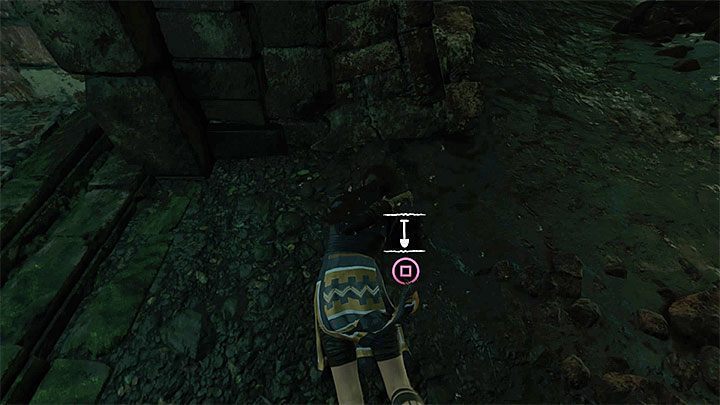 The cache (5) is at the bottom of the Thirsty Gods tomb, in the chamber where you're changing the water level. Locate the flooded building shown in picture 1 (watch the piranhas!). This will lead you to cache 2 (picture 2). 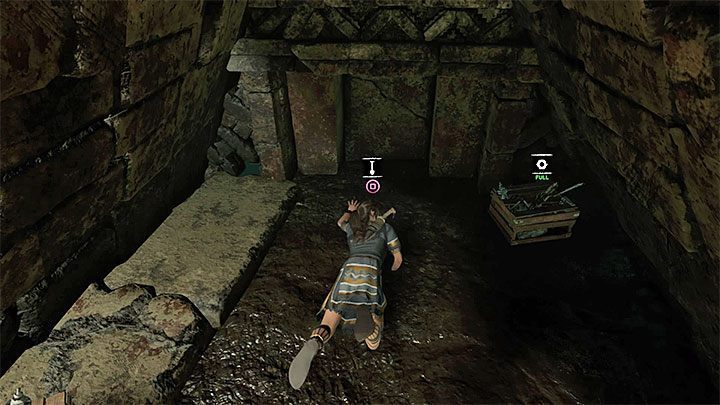 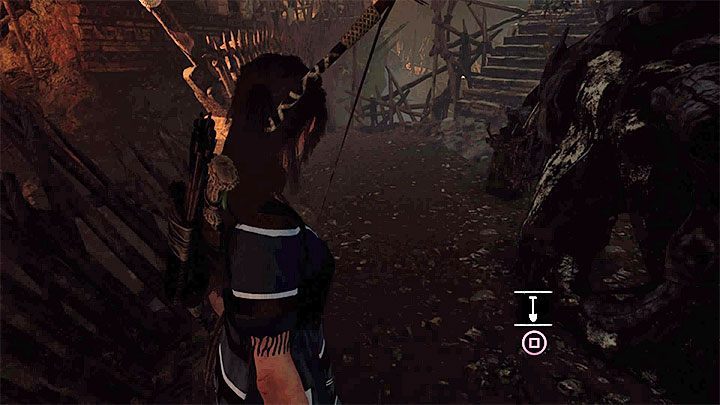 The cache (7) can be found during the exploration of the Tree of Life tomb. It's near the spot where Lara has to slide down the rope. 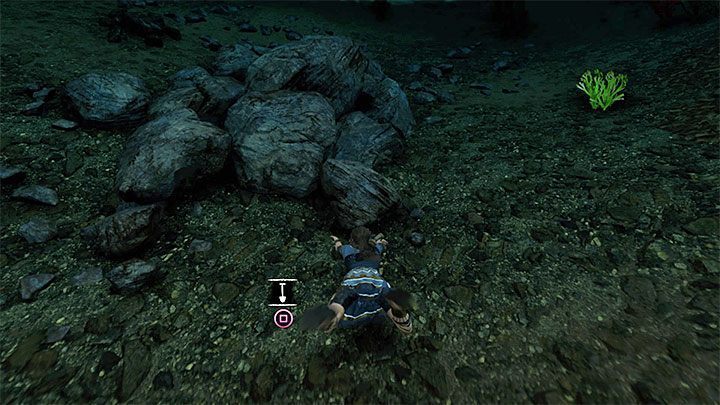 The cache (8) is related to the monolith puzzle in San Juan. It's at the bottom of the western reservoir, right next to the group of stones that resemble a turtle. 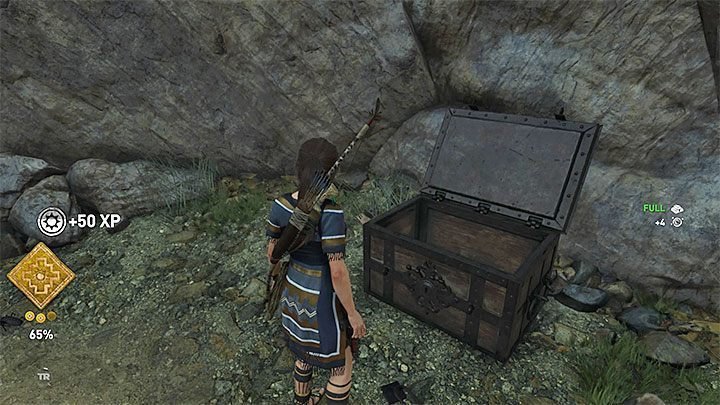