The Mission of San Juan in Shadow of the Tomb Raider you can find many relics. There's a total of 9 to find. The maps, pictures, and descriptions below will let you learn their locations and how to get there. 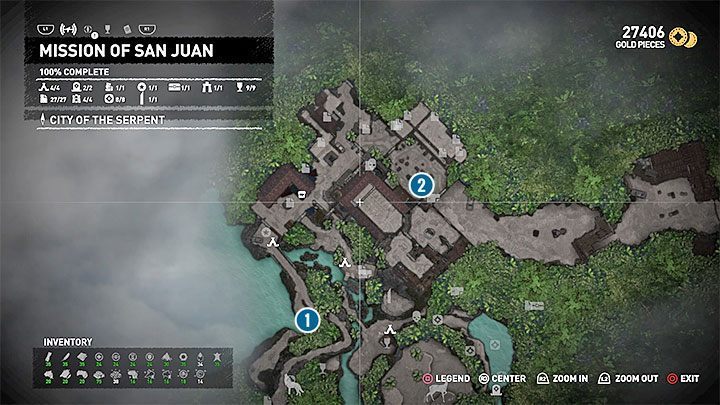 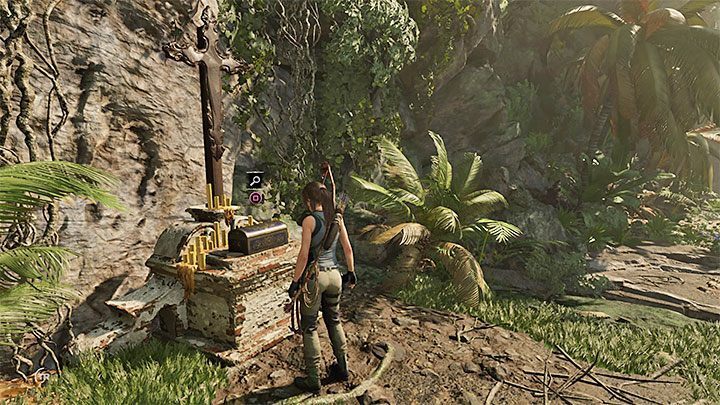 Scroll (1) can be found on the way to the main camp in the town. This is a chest at the bottom of the big cross. 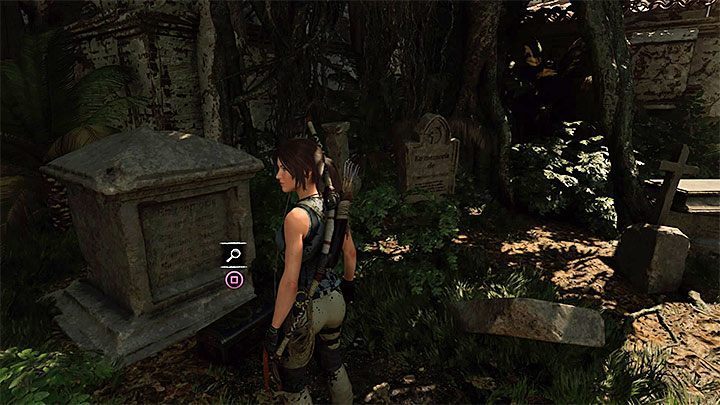 The Collar (2) is in the cemetery. It's in front of one of the tombstones. 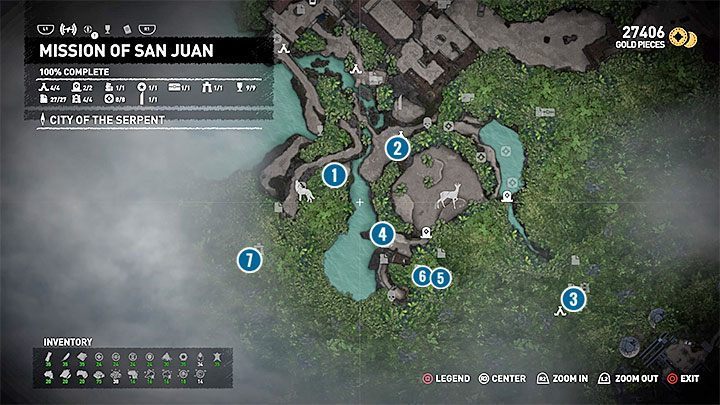 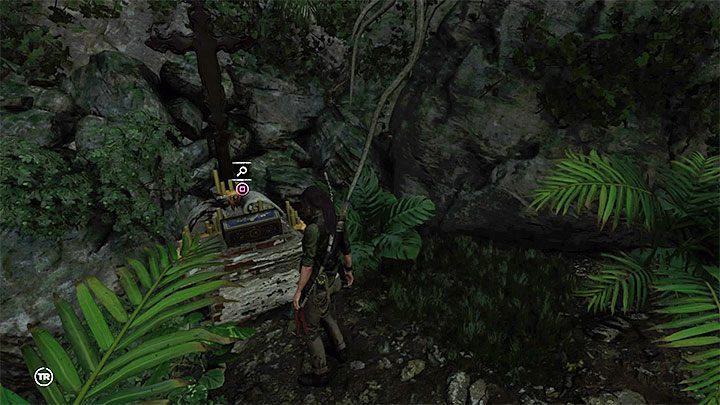 The Crucifix (1) is in the chest at the bottom of the cross, on the stone ledge next to the main road. The location is pretty dark. 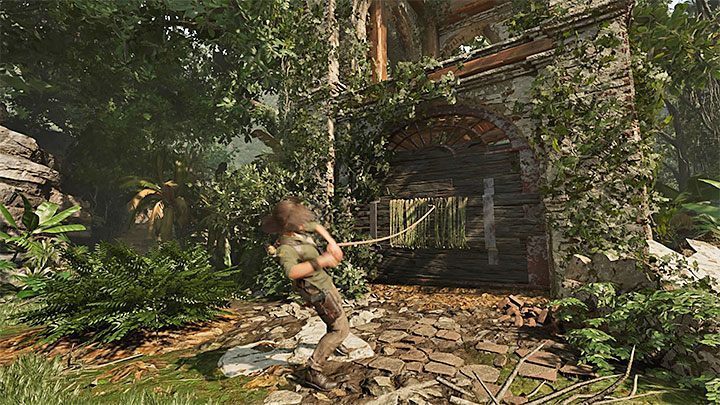 The Old Book (2) can be found near the Ruined Tower camp. Explore the ruined tower and use an arrow with a rope to pull out one of the walls at the spot shown in the picture. This will unlock access to the secret box. 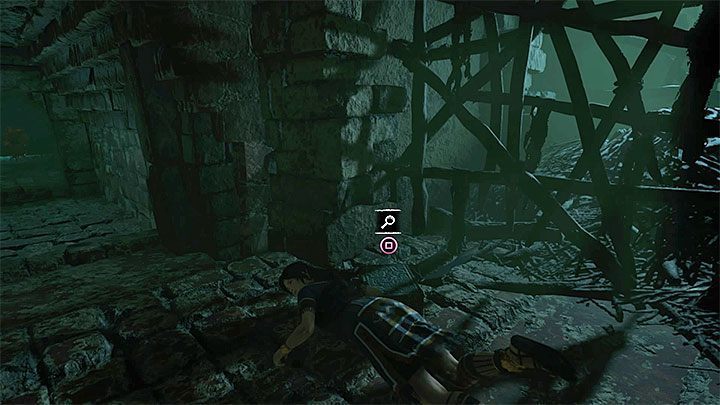 The Doll (3) is in a big room, where the Thirsty Gods tomb puzzle can be solved (the one about changing the water level). You must dive into this location and find the relics lying on the bottom. 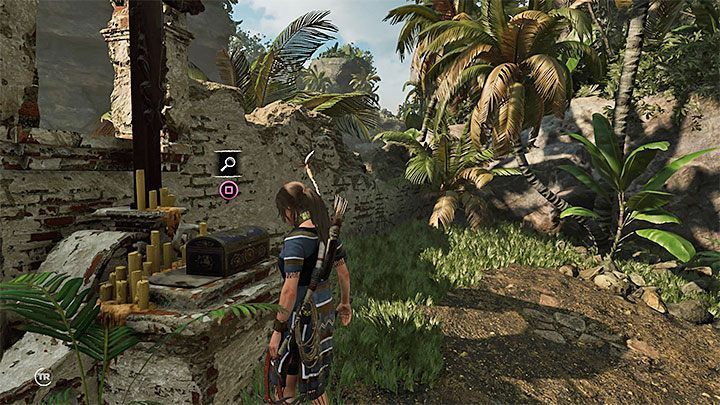 Relic (4) can be found near the Deserted Cloister camp and the entrance to the Tree of Life tomb. See is a box at the base of the cross. 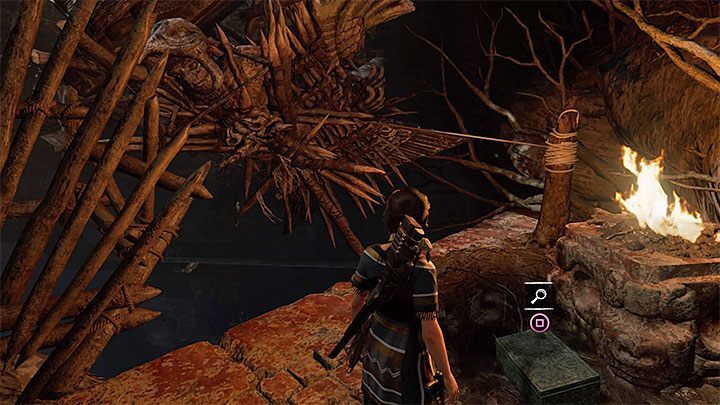 The Doll (5) can be found during the exploration of the Tree of Life tomb when you're setting the platforms into motion. It is in the box next to the pole shown in the picture where Lara has to cut the rope with a knife. 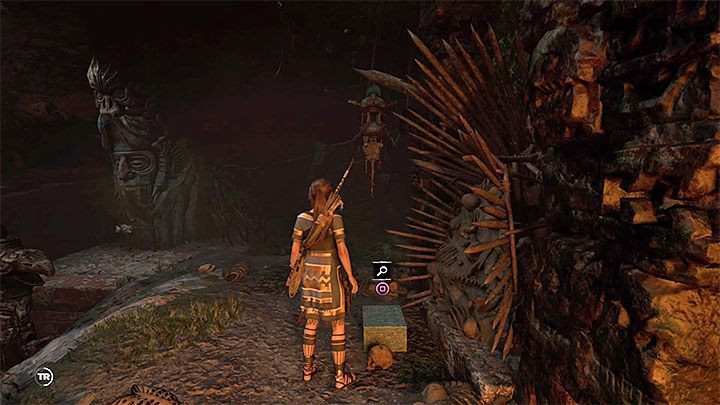 The Doll (6) can be found during the exploration of the Tree of Life tomb. It is in a chest, which is reached shortly after climbing up to the top shelf using the climbing wall. 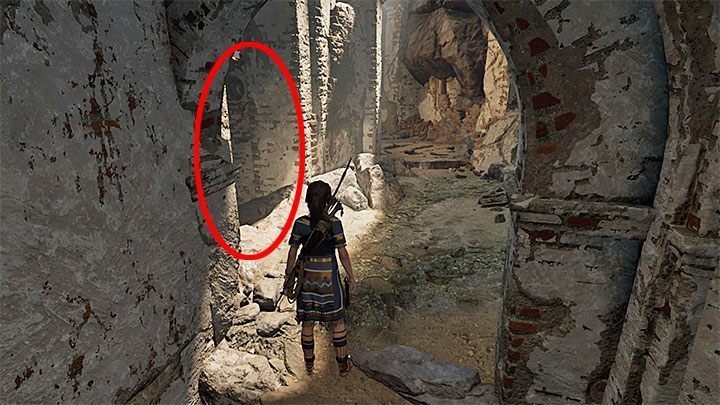 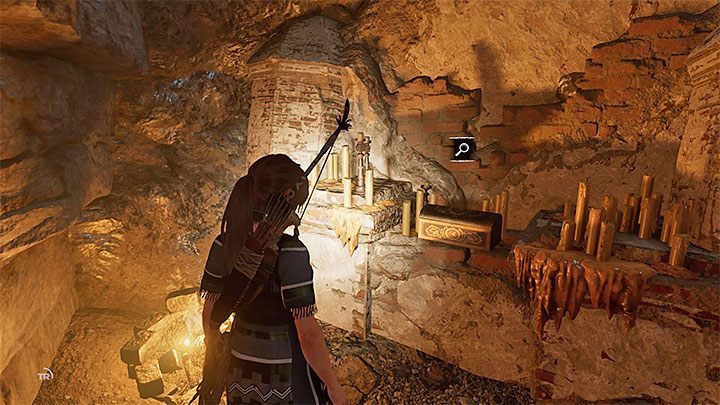 The Pistol (7) can be found while exploring the crypt during the Na Przekór side quest - as you're going back to the surface after finding Isabel. After using the climbing walls, Lara will at some point find herself in the location shown in picture 1. Here you can explore the optional left side (you have to jump over a small precipice), which is marked in the picture. This will lead the heroine to a secret chamber with a gun chest (picture 2).