Peruvian Jungle is the first big location in Shadow of the Tomb Raider. Here, you can collect 9 relics, 1 treasure chest, 13 documents and 9 survival caches. We have prepared maps that show the locations of all the secrets available in this location. Documents are marked yellow, relics are marked red and survival caches are marked blue. 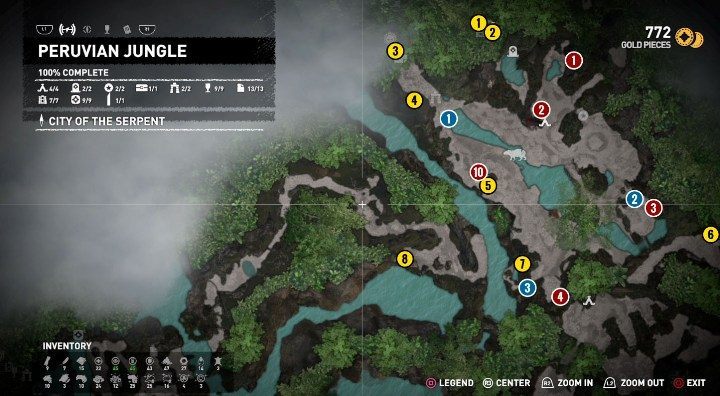 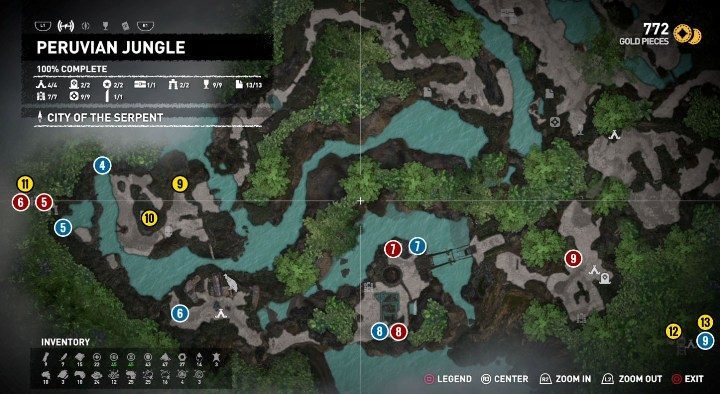 Treasure chests (10) can be found near Judge's Gaze tomb. It is located inside a cave - reach it by using a rope. Remember that these chests must be opened with a special lockpick which can be bought from Moraekah.

Handkerchief (1) - located behind a small lake, in the northern edge of this location.

Sextant (2) - climb the tree and then jump on a stone ledge. The relic is inside the red box.

Video Camera (3) - lies on the ground next to the survival cache, west from Plane Wreckage campsite.

Pistol Parts (4) - in the left part of Plane Wreckage campsite. Approach it and you will be able to notice the small red box. 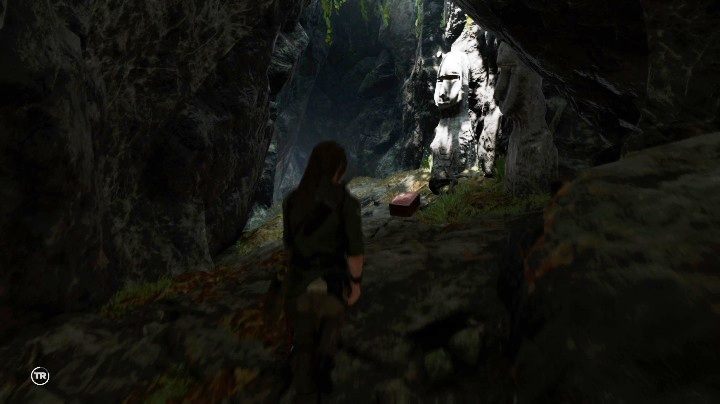 Grave Marker (5) - you can find this relic right after you enter the crypt. 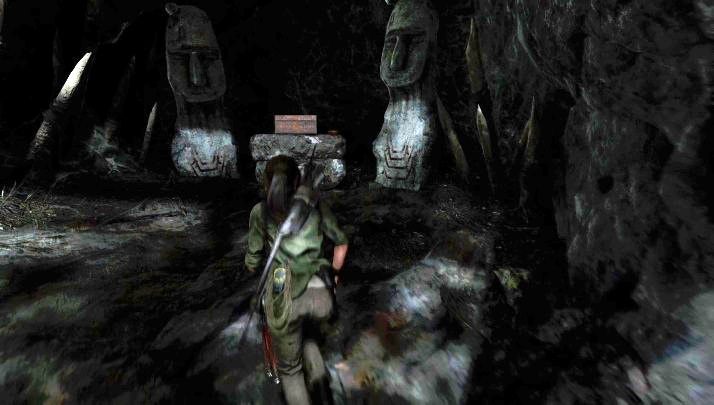 Elongated Skull (6) - this relic can be found in the same crypt where you got Grave Marker. However, Elongated Skull is guarded by traps - disarm them.

Llama Figurine (7) - on the left side of the large gearwheels, inside the chest that stands on the ground.

Bowl of Powder (8) - you can find this relic by walking down the stairs towards the water.

Pistol Parts (9) - this relic can be found near Jungle Ruins campsite. Go a few steps to the left.

Jack's Journal (1) - this document can be found in the main room in Judge's Graze tomb. Climb the wall on the ladder's right. Lara will come across a trap. Disarm it and reach the document.

A King's Ransom (3) - located in the highest room of the crypt located in the north-west part of the location. Open the sarcophagus and then break the wall. The document is located on the other side.

Jack's Journal 2 (4) - you can find it after disarming the first few traps in the crypt located in Peruvian Jungle.

Fawcett's Last Letter (5) - located inside the cave, next to the treasure chest.

Jack's Journal 4 (6) - you will find it during one of the main missions.

Jack's Journal 6 (7) - this document lies next to a small water body.

Sisimite (8) - start in Miguel's landing site and follow bloodstains. The document lies at the end of the road, at a rock.

Jack's Journal 3 (9) - climb the two white walls. Use your survival instinct and you will see a tree on the right. Climb on it. After that you have to jump down on the stone ledge with the document.

Jack's Journal 5 (10) - this document is easy to spot (you find it in Peruvian Jungle). 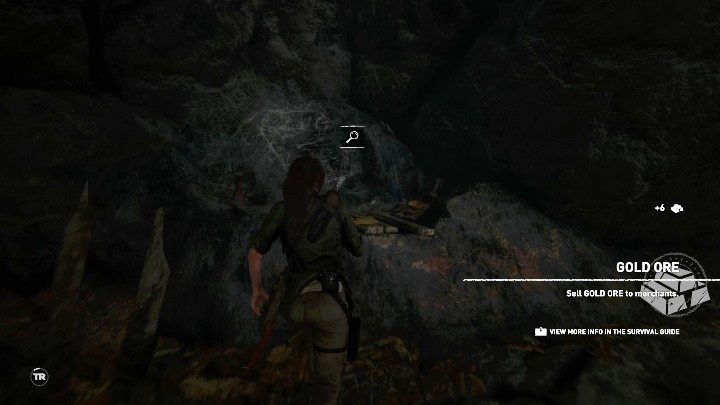 A King's ransom (11) - this document is inside the crypt in the eastern part of Peruvian Jungle.

At The Gate (13) - you can find this document in Underworld Gate tomb.

The first survival cache (1) can be found near the northern crypt in Peruvian Jungle. The cache is in the shallow water.

The second (2) lies on the ground near Video Camera relic (3), west from Plane Wreckage campsite.

The third (3) is in the left side of Plane Wreckage campsite. Approach that area and the game will inform you that you can dig something out. This item is in the shallow water.

The fourth survival cache (4) is on the stone ledge located on the left of the exit from the crypt.

The fifth survival cache (5) is near the entrance to the crypt located in the east part of the map.

The sixth (6) is near the campsite, on its left. This survival cache is on the ground - you can spot it easily by using the survival instinct.

The seventh and eighth (7 and 8) are in the same area. Both are located near the gearwheels - the seventh cache is north from that place, the eighth is in the south.

The ninth cache (9) is located in Underworld Gate tomb.