The following page contains the walkthrough for the story mission Last Emperor in Shadow of the Tomb Raider. In the first part of the mission, Lara will have to escape the Temple of Kukulkan, where she saved Unuratu during the previous mission. The second part of the mission requires you to explore the Sinchi Chiqa tomb. While it will not take too much of your time, you will be forced to defeat a group of cultists.

Escaping the temple of Kukulkan with Unuratu 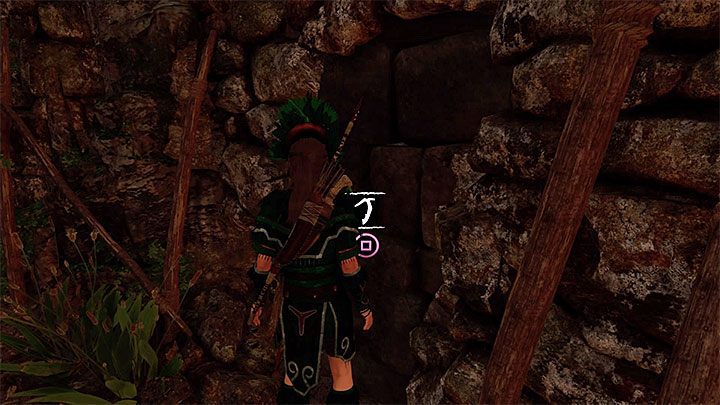 Begin with finding a weak wall in Unuratu's cell, shown on the screenshot - Lara can break it down using the axe. 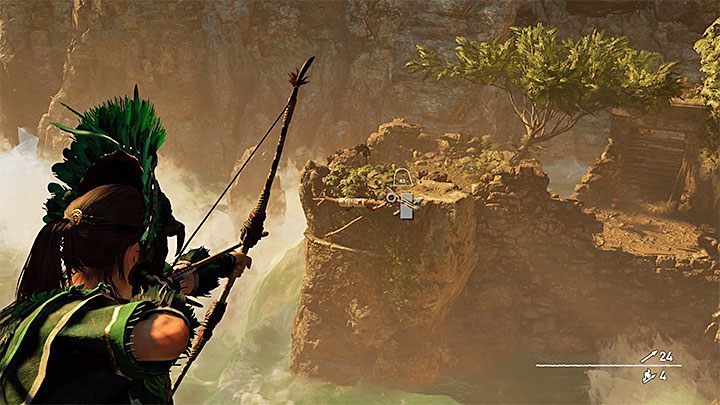 After you get out of the cell, position yourself at the edge of the rock shelf and aim the bow at the rope coil shown in the picture. After a rope is strung between the two points, zip down to start the escape.

Grab the ledge at the end of the downhill. Move to the left and try to attack a cultist standing at the edge (takedown). After he dies, climb onto the new shelf. Go forward and jump towards the climbing wall. It is far from Lara, so you have to press the grappling axe during the jump. Use the rope to get to the climbing wall above and proceed. 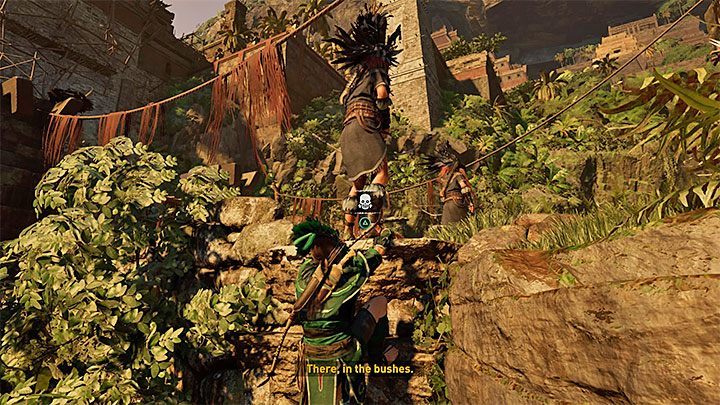 Lara will soon reach another place where you can throw off a cultist standing at the edge of a cliff (see the picture above). A successful action will lead to a cut-scene.

You can now follow Unuratu. Choose the drawbridge that was inaccessible on your way to the cell. Then, go through the temple. Lara and Unuratu should no longer encounter any new enemies. Along the way you will acquire a photo of The Silver Box of Ix Chel. This part of the mission will end when you return to the upper city and watch a cut-scene depicting Amaru sacrificing one of the natives. 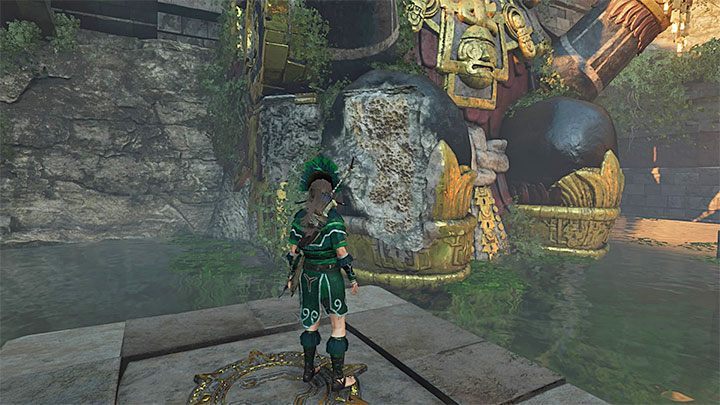 You start near the ruler's tomb. Move closer to the huge statue. There is a climbing wall, where the statue is damaged, as shown in the picture, onto which Lara can jump. Then move along the edge and climb on the right hand of the statue.

Lara must use the grappling axe on the hook located above the head of the statue - you must press the axe button in flight. This will allow the heroine to jump to the edge near the left hand of the statue. 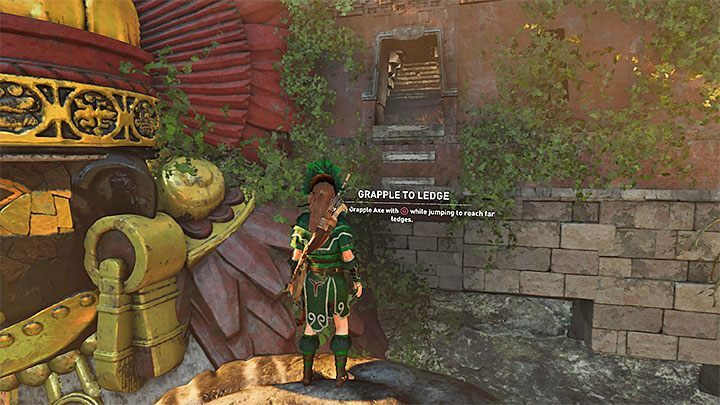 Climb onto the left hand of the statue and turn towards the wall of the building. You have to jump to the ledges shown in the picture, but they are far away and once again you have to rely on the grappling axe.

After a successful jump, climb inside the building to find yourself in the Sinchi Chiqa tomb. Follow the linear path (there are a lot of secrets in the area) to the room where a cut-scene is triggered, showing the examination of the tomb and the moment of Unuratu's death. You will also get a photo of the Stone Cup. 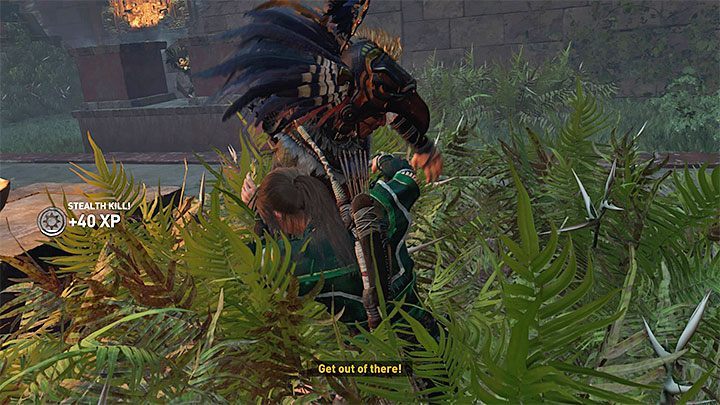 You start the fight hidden in the bushes, and you should remain hidden for as long as possible. Try to track down cults that travel alone and are not in the field of vision of other enemies.

If fighting takes place, stay on the move, don't let cultists with melee weapons approach you, and look for opportunities to detonate the red exploding containers. After securing the area, reach the location exit. The game will feature a longer cut-scene. When it's displayed (helicopter attack on the heroes' boat), Lara will find herself on the Porvenir Oil Fields and another mission will start.