The puzzle with the way of the cross is one of the most difficult ones in Shadow of the Tomb Raider. Lara must complete it once she reaches San Juan in the later part of the game (Via Veritas main mission). Below you can check the complete solution - all the steps that you have to complete in the library and all actions that have to perform near the stations in the crypt hidden beneath the library.

Finding the entrance to the secret crypt 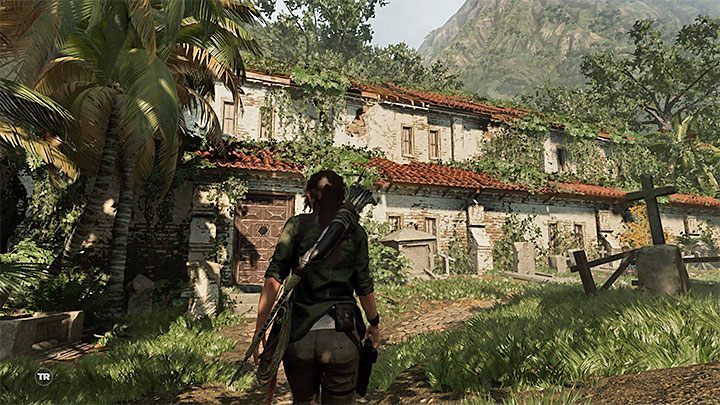 The puzzle must be solved in the library in Mission of San Juan (see the picture above). Jonah gives Lara a leaflet informing about the way of the cross (Seven Steps Closer to God) - this item will help you solve the puzzle. 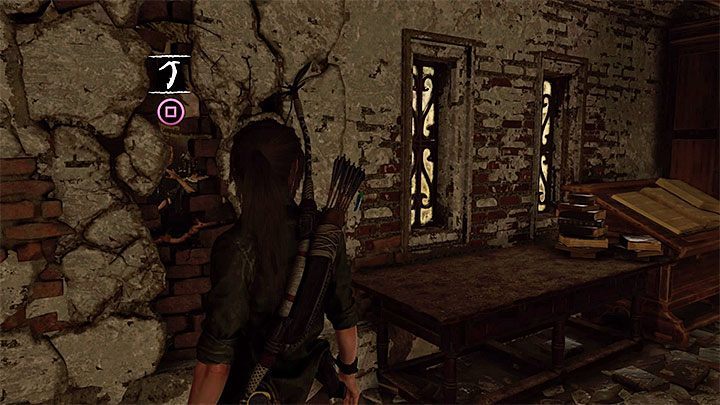 There are a few extra items that you can find in the library (i.e. letters) but they aren't mandatory. Break the part of the wall presented in the picture above - this will reveal a wall with a quote. 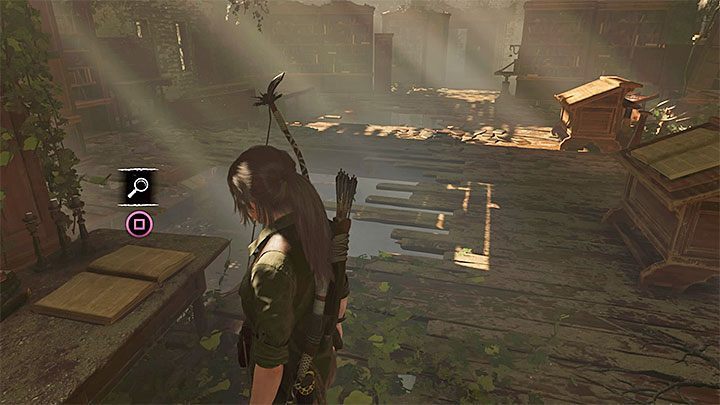 Reach the library's upper floor. Find the book presented in the picture above. This will trigger a cut-scene. 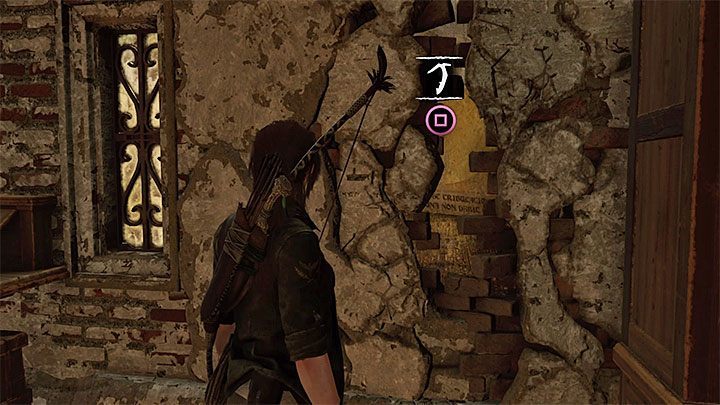 Another damaged wall can be found on the floor. Use the axe to reveal a new quote. 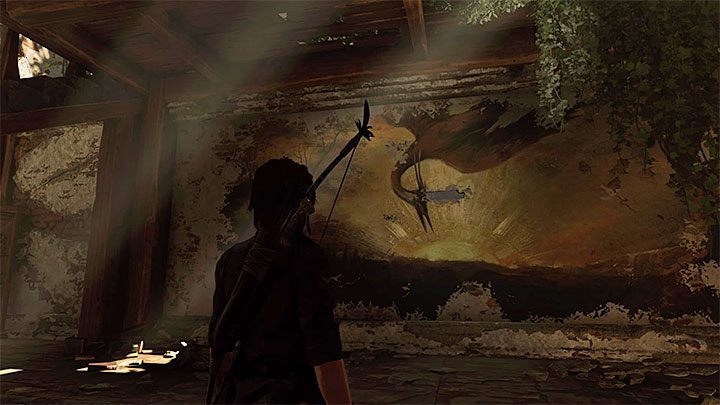 Go back on the ground floor. Look at the biggest mural (Heron and Eclipse). Press the interaction button to trigger a cut-scene - the mural gets destroyed and it reveals another one. 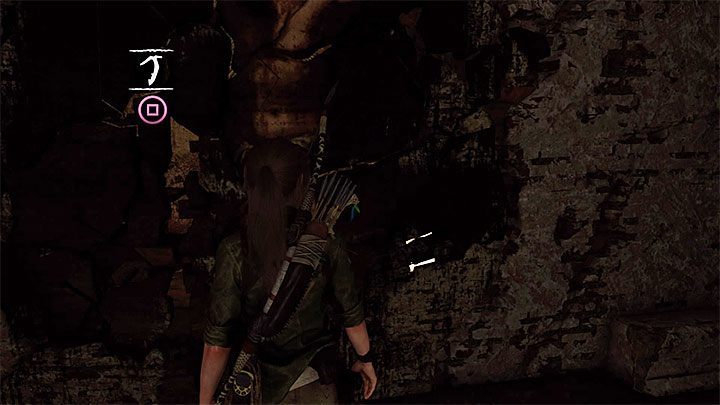 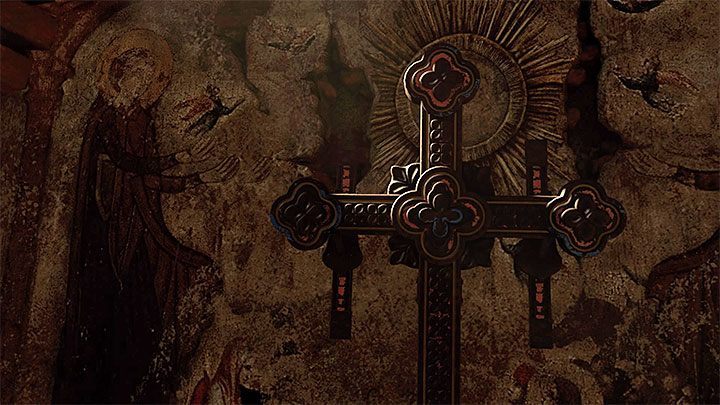 The next step is to find the cross. Go to the room located on the opposite end of the library. Use your axe to destroy the part of the wall presented in the picture 1. This reveals a large cross (the picture 2). Picking it up unlocks a secret passage to the crypt. 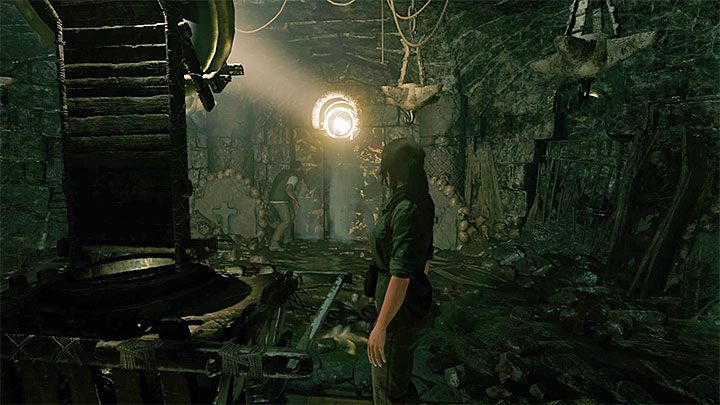 Move the cart towards the hole in the ceiling, the one through which the light comes in. The light must reflect in a such way that it would shine on the circular hole in the wall (presented in the picture above). This unlocks further passage. 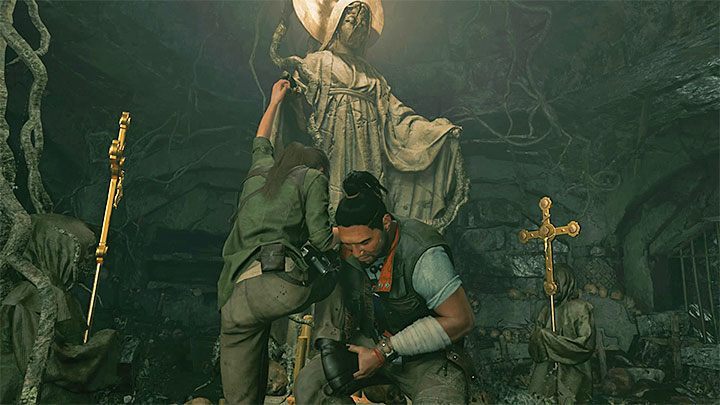 Approach Jonah and press the conversation button. Jonah helps Lara to climb up. By doing that you are able to redirect light on the Virgin Mary's statue. This unlocks another passage. 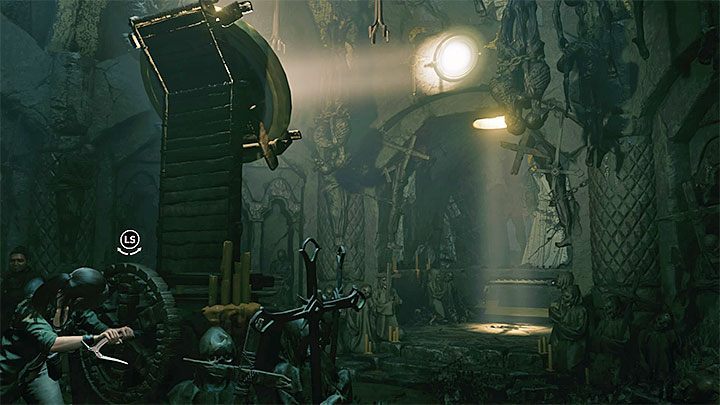 Approach the device with the spinning wheel. You can turn it to change the place where the light is being casted. You have to direct the light on the fresco of a woman.

Approach the fresco and pull the lever. This unlocks another passage that leads to the next station (the fifth one has no puzzles). 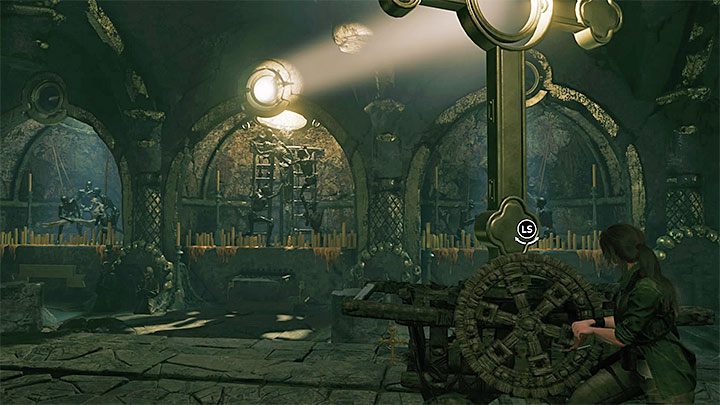 The room with the giant cross has two spinning wheels. Start by reaching the one located on the left from the entrance to this room. The light must be casted on the scene that depicts crucifixion - the scene in the middle presented in the picture above. Approach the lever near that scene and pull it. 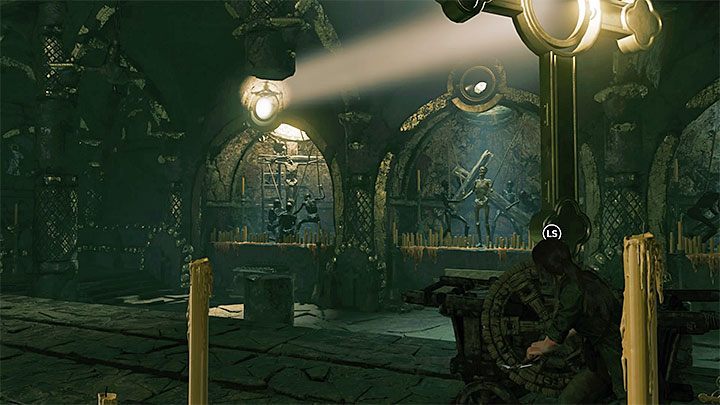 Reach the spinning wheel located on the right from the entrance to the room with the cross. The light must be casted on the scene that depicts Jesus' crucifixion - the scene on the left in the picture above. Approach the lever and pull it. 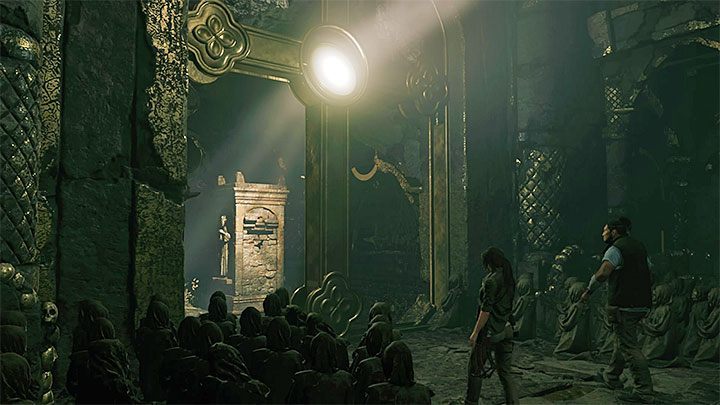 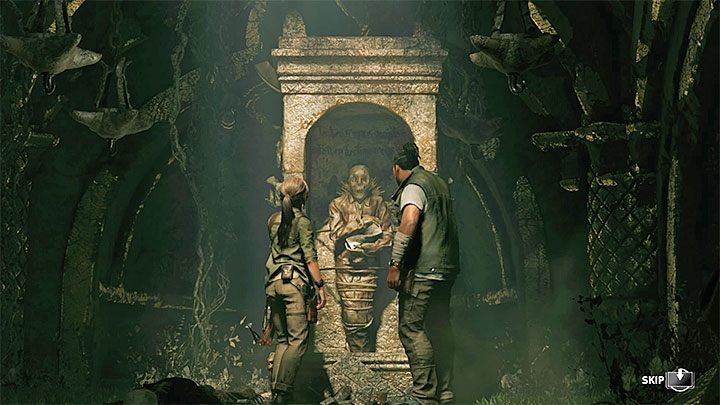 This is the end of the puzzle. Cast light on all the scenes correctly to reveal a passage near the large cross (the picture 1). Ix Chel chest is in the next room. This also unlocks The Chosen One trophy.