This page of the game guide is dedicated to the Bronze trophy named Deadly Obsession in the Shadow of the Tomb Raider game. This achievement is awarded for completing the game on the highest difficulty level. 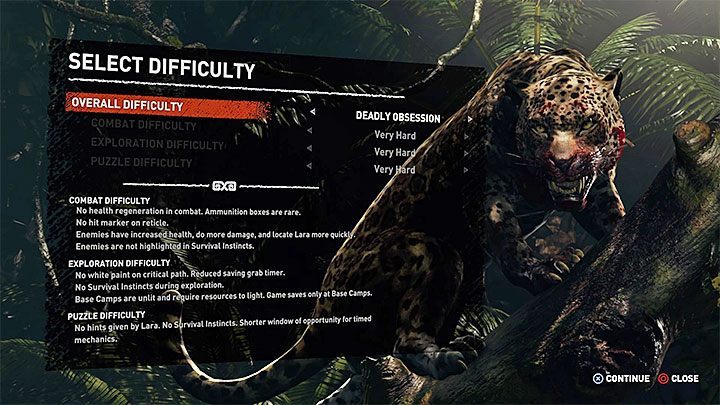 The highest difficulty level is available from the very beginning, but you should not choose it when trying to complete the game for the first time. Due to a lack of knowledge of the game mechanics you can have huge problems with exploration and winning skirmishes. Additionally, at the highest level of difficulty, solving puzzles and finding collectibles becomes a real challenge. It is best to finish the game on any other setting first, and choose the highest level for your second playthrough.

Here are the most important features of the Deadly Obsession difficulty level, as well as and hints on how to deal with the listed difficulties: