On the page you will find guidelines about Last Known Position bronze trophy in Shadow of the Tomb Raider. This achievement is awarded for escaping and loosing enemies a total of 10 times.

Note -You may miss this trophy as you play through the game. It forces you to run away from your opponents in a specific way. Once you've completed the game, you won't find new enemies in the locations you've visited earlier! 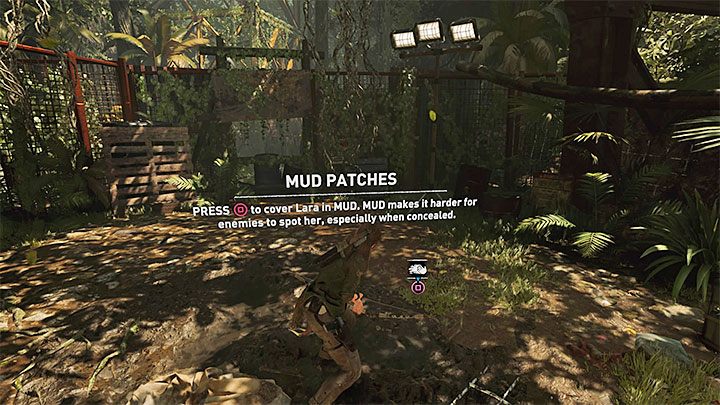 For this trophy, you must lose enemies 10 times throughout the game after Lara is spotted by them. You can try this in any location where Lara can hide in the bushes or by the wall. In the latter case it may be a wall with vines or a mud wall, which requires to put on a camouflage after interacting with the mud (shown in the picture). 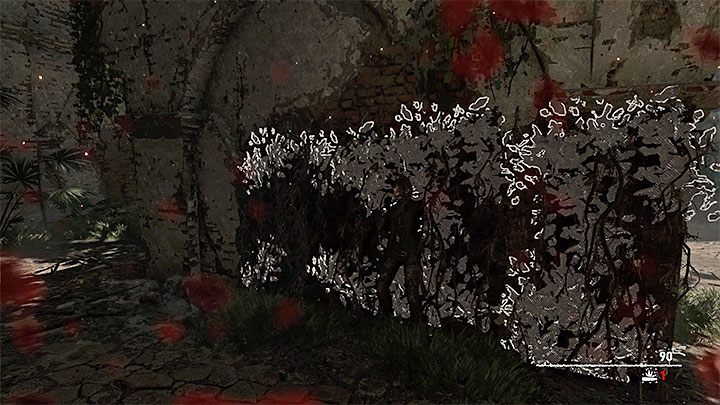 The sequence is quite simple -show yourself to at least one opponent and then start running away. You have to disappear from the field of view and the easiest way to do this is by passing walls and other big obstacles along the way. After you find out that your opponent does not have Lara in his field of view, hide in the bushes or by the wall. If Lara "sticks" to the wall, it is a sign that she is hiding properly, i.e. that the opponent has lost sight of her and he can't attack her any more. 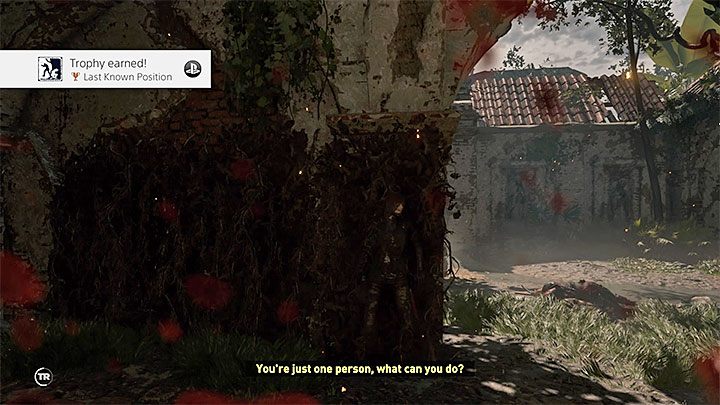 You must perform the action described above 10 times in total. You can lose enemies more than once in a single battle, but any escape counts only if hidden Lara won't be detected.

Additional note -It's a good idea to try to play at one of the lower difficulty levels. Lara may be shot while trying to lose the chase. Playing on lower settings will reduce the risk of being killed before she manages to hide somewhere.