The following page contains the description of unlocking the bronze trophy Chain Gang in Shadow of the Tomb Raider. The achievement is awarded for performing Serpent's Fury three times.

Note - you may miss this trophy when completing the game, as it requires you to eliminate enemies using a specific method. After you complete the game, new enemies will not appear in cleared locations. 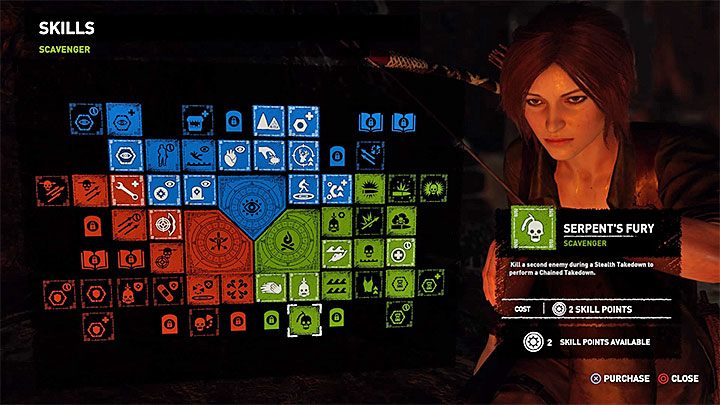 Serpent's Fury is one of Lara's skills. You will find it on the Scavenger's tree and needs to be unlocked for the price of 2 points. 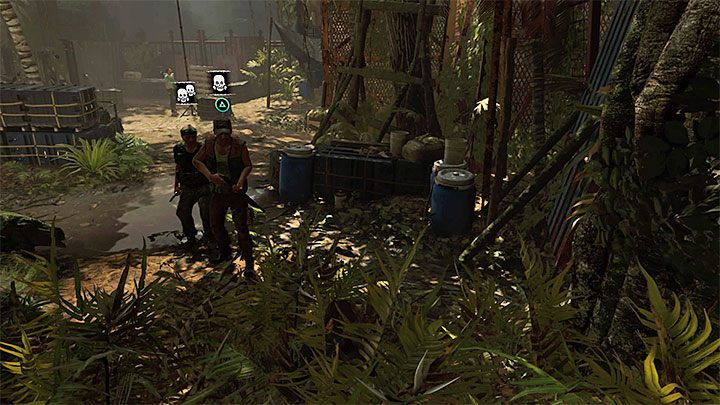 Serpent's Fury allows you to kill two enemies in a single stealth kill. From the moment this skill is unlocked, look for enemies travelling in pairs or standing close to each other. After sneaking up to them, two takedown icons should appear (see example in the picture). This indicates that they can be killed in a single action.

Press the takedown button to kill the first opponent and then again the same button to let Lara take care of his pal. Repeat this maneuver two more times to unlock the trophy.