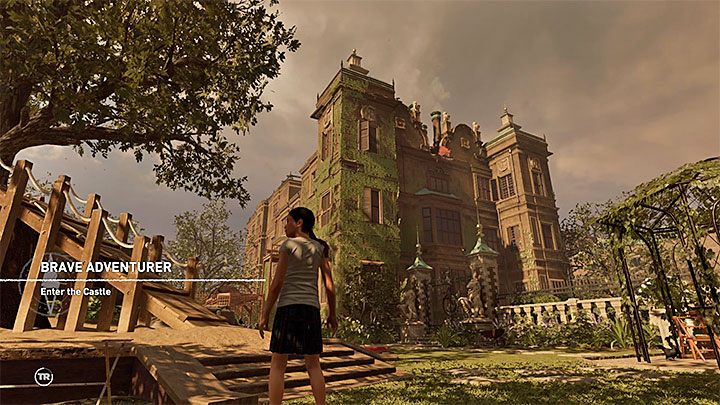 At some point in the Shadow of the Tomb Raider the action shifts to the Croft Manor. This stage is a retrospection, where you control a young Lara. You cannot go back to the Croft Manor during the game or after finishing it.

Since getting back is impossible, you should make sure you find the collectables while you're there (if, that is, you're interested in that). In the Croft Manor, you can complete one challenge and find a set of collectables (Mystery of the White Queen). Below, there's a list of activities available in the Croft Manor. 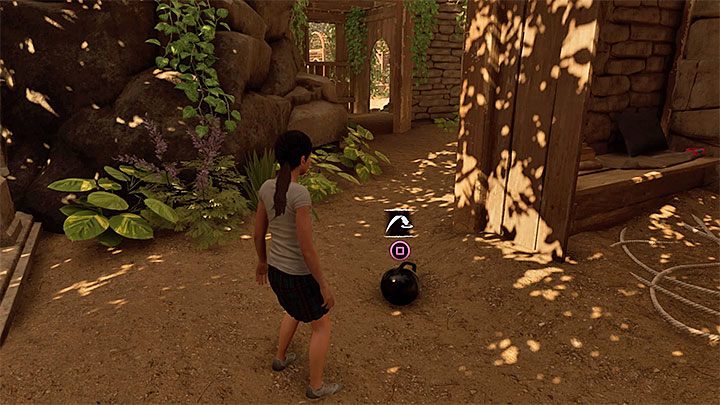 This challenge requires you to throw a ball at four different targets on the playground. The balls are lying around the Manor - one of them is shown above. 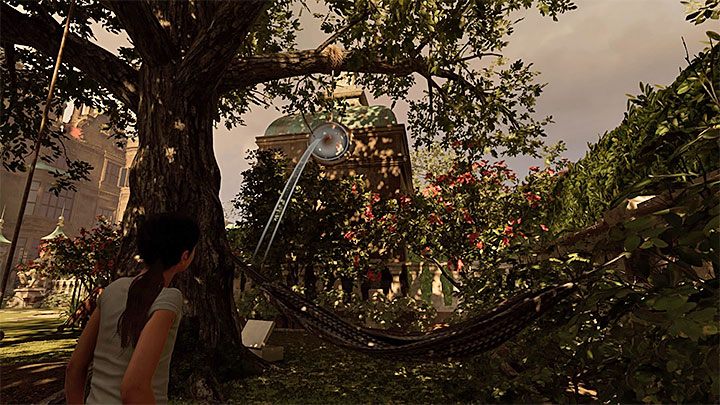 All four targets can be found near the starting point of the Croft Manor (the big tree on the playground). You can hit the targets in any order. 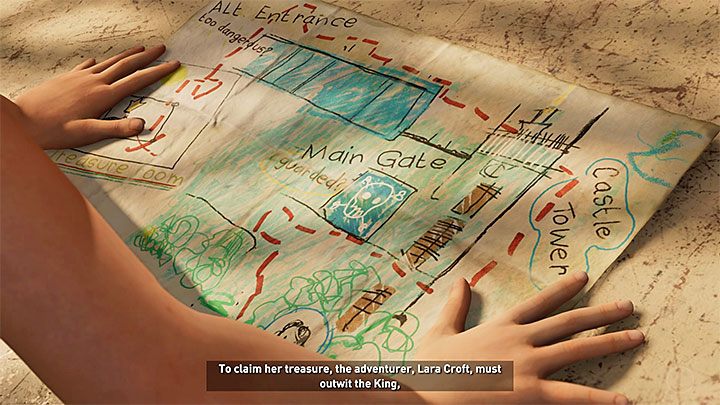 The map will be in the inventory since the very beginning of this chapter. You don't have to look for it. 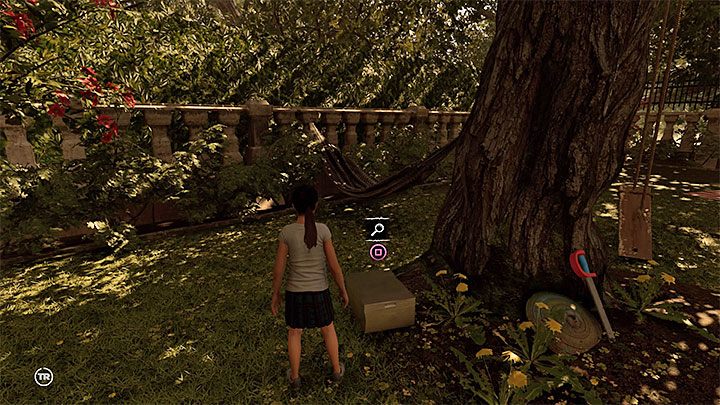 The figurine is in a chest at the bottom of the tree, near the starting point. You can also examine the item in your inventory to find the letter A. 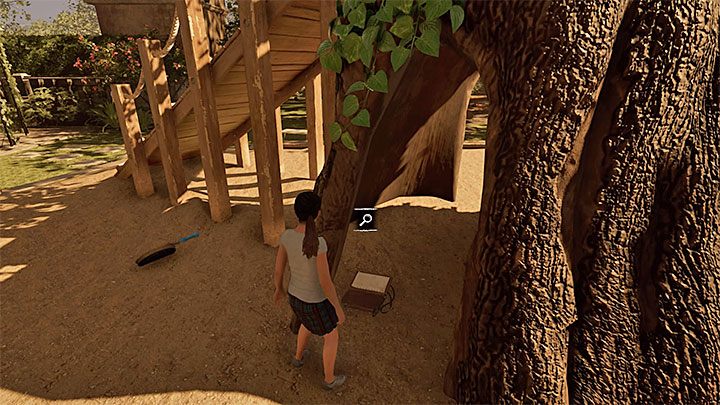 You can find the letter on a footbridge leading to the fort on the playground. 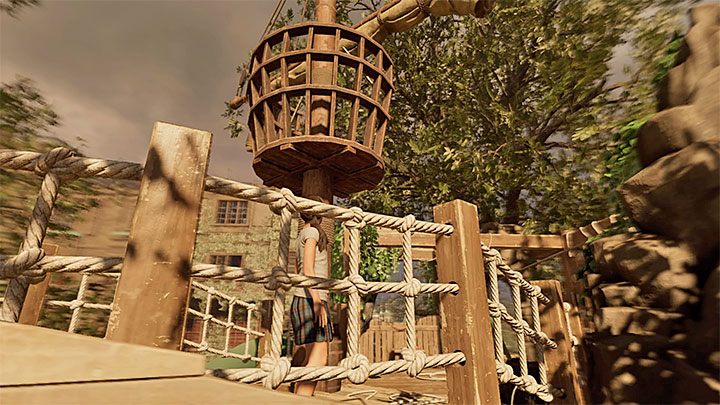 This is the most troublesome of the challenges. The picture is inside a large chest in the crow's nest on a mast on the playground (picture above). 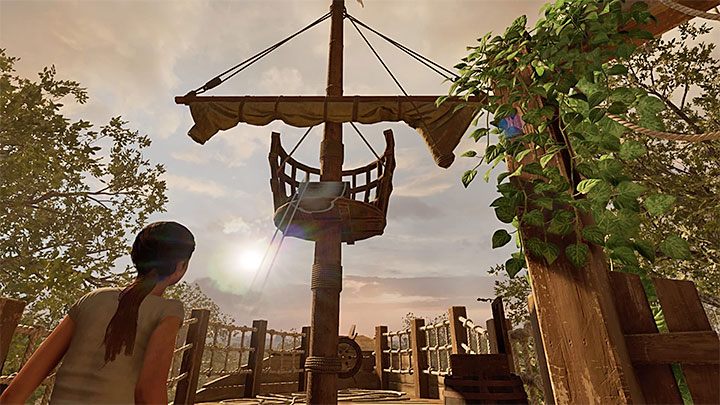 Lara is unable to reach the nest just like that. You have to lower it. In order to do that, you will have to bring the heavy balls to the ship and throw them into the nest. This will lower the whole thing. 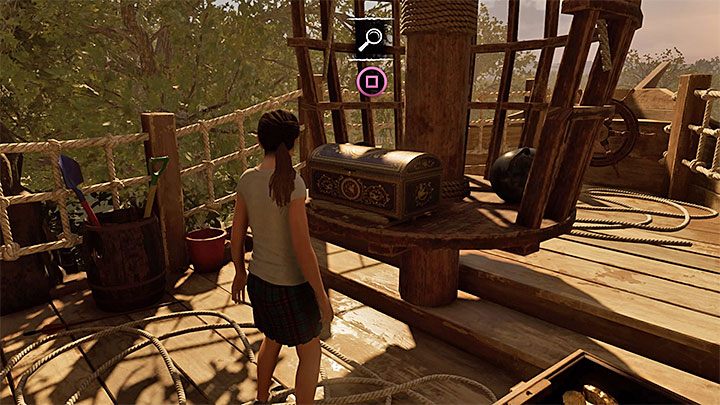 Proceed with throwing the balls into the nest until Lara is able to reach the chest. 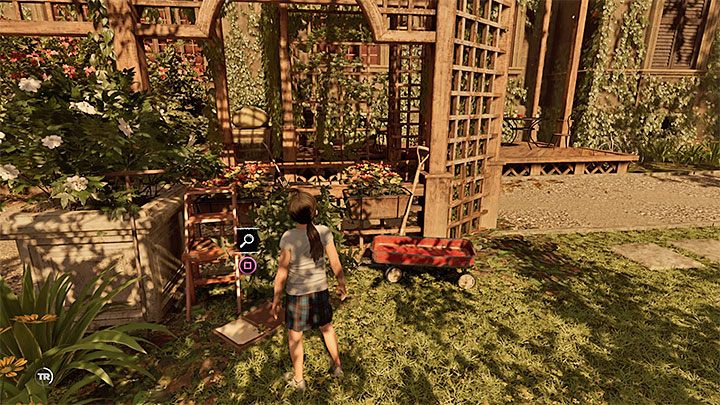 This secret can be found in the garden, right next to the place, where Lara can start climbing to enter the Manor. 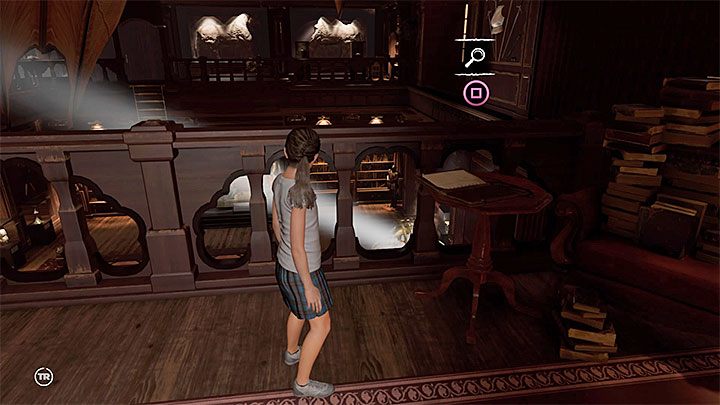 The letter can be found on the first floor of Croft Manor, in the Hall, where you solve the White Queen puzzle. You have to progress far enough with the riddle itself in order to unlock a ladder that lets you access the upper balconies. 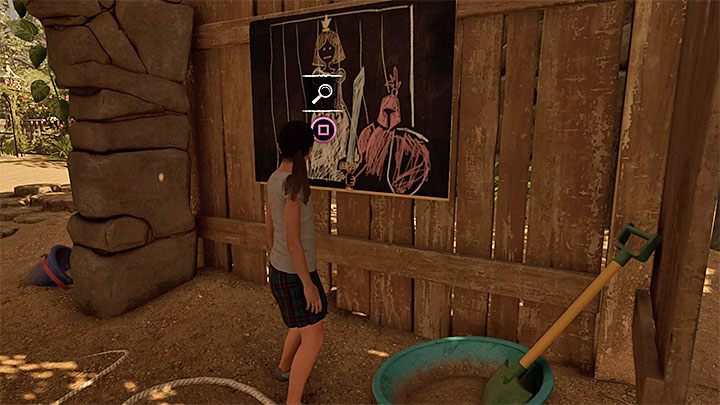 While in the fort on the playground, you can find two drawings hanging on the walls (see above). They are not part of the collection, but looking at each yields 35XP. 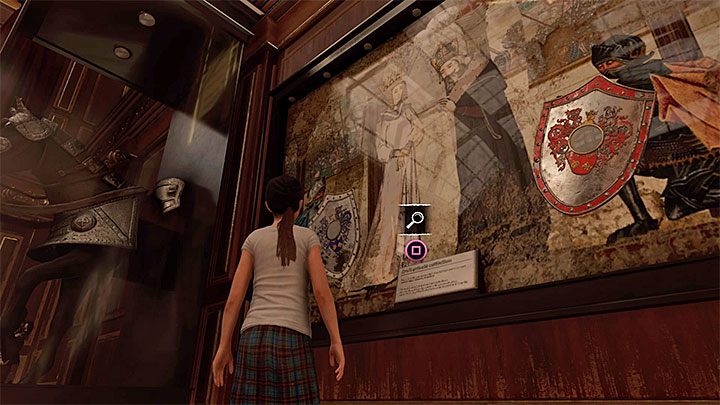 Inside the large hall in the Manor, where you solve the White Queen riddle, there are numerous cabinets. Examining some of them also yields 35XP each.