The Hidden City in Shadow of the Tomb Raider contains 5 crypts. The crypts are located in different parts of this large location. Each crypt has a large amount of raw materials, information about dialects and special secrets. Some of them can be reached only by performing main plot or side missions. 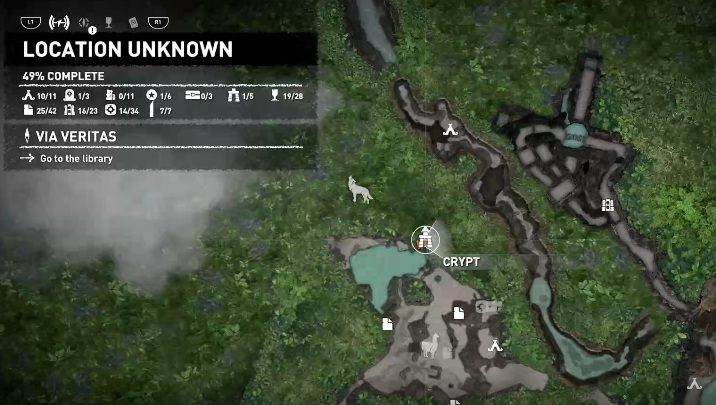 You will discover the first crypt in The Hidden City during your exploration of this area. It is located in the northern part of this zone. 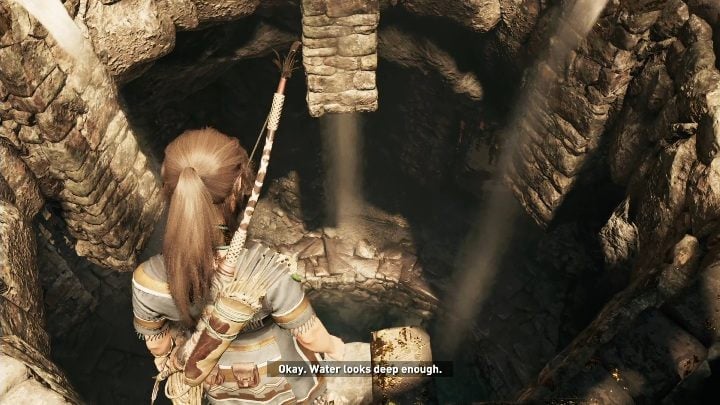 To get to the crypt you have to go through caves until you reach a great cliff. From there, you can jump down and fall straight into the water or go up the stairs around you. However, if you go down the stairs you will have to jump into the water anyway. Underwater, on the left side, there is a passageway you should take. 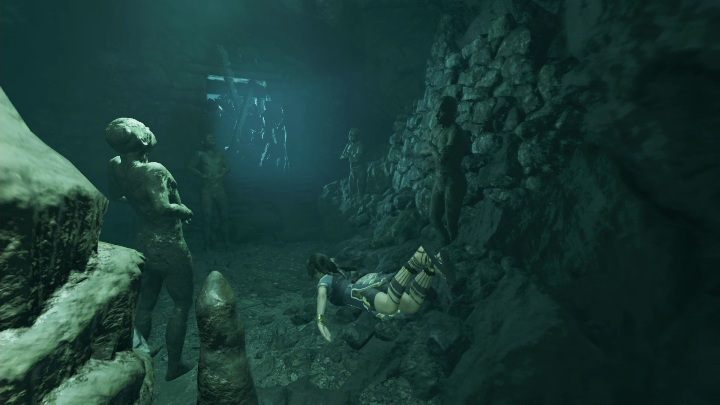 Follow the water until you see stone statues. There is a blocked passage around them. You must unlock the way with your axe. 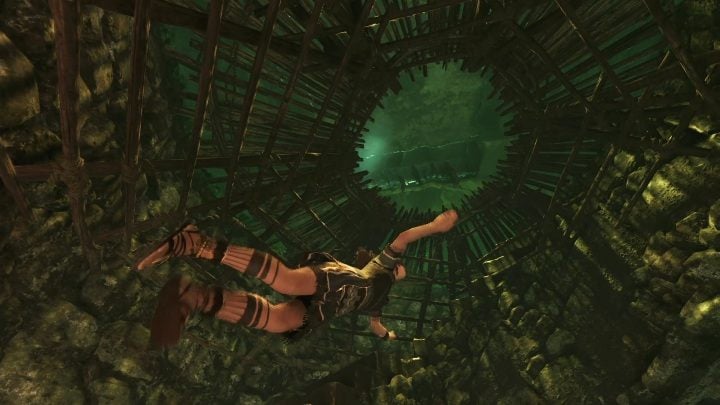 Continue to swim until you see the hole at the top. It will take you to the surface. Be careful, however, because Lara is reluctant to swim here. She often dives more and instead of swimming out, she may turn in circles. 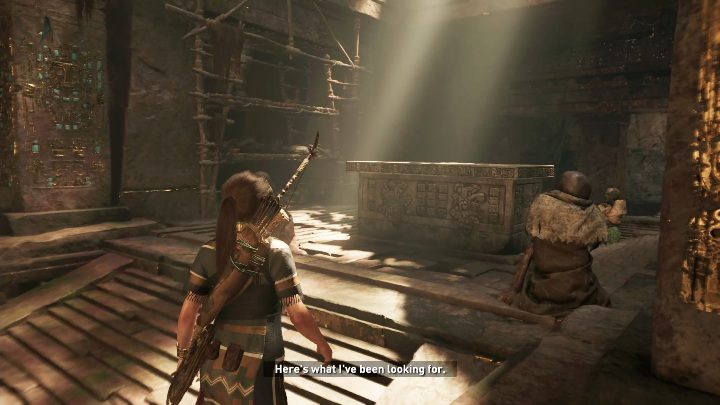 When you swim to the surface you have to go to the top. There you will immediately see the sarcophagus. Loot Manko's Boots from it. 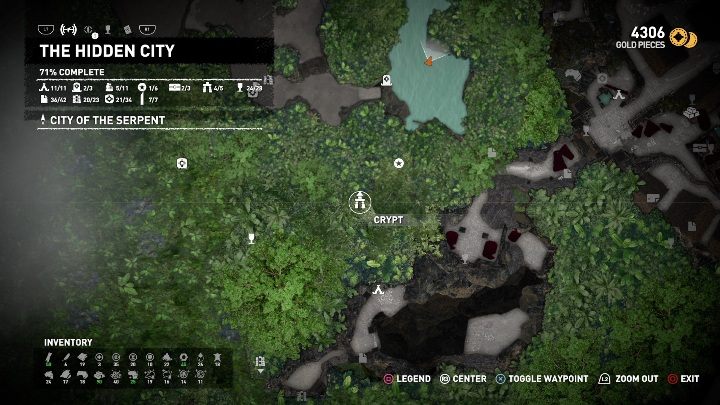 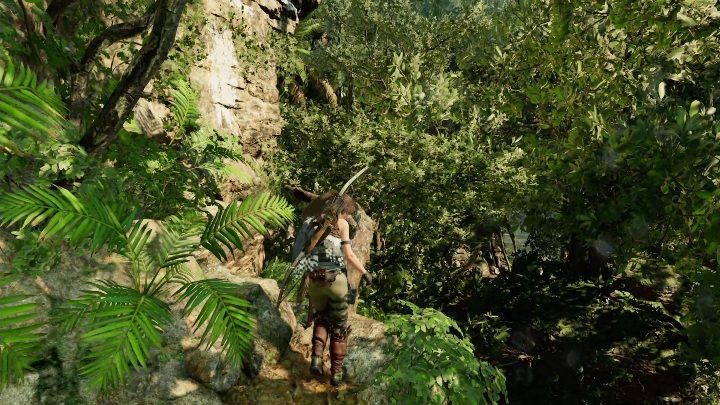 The crypt is located at the very top of the mountain and in order to get inside you have to jump on the rocks and branches. Lara, however, is not a fan of climbing such rocks and often jumps by herself, which usually ends with repeating the whole sequence. 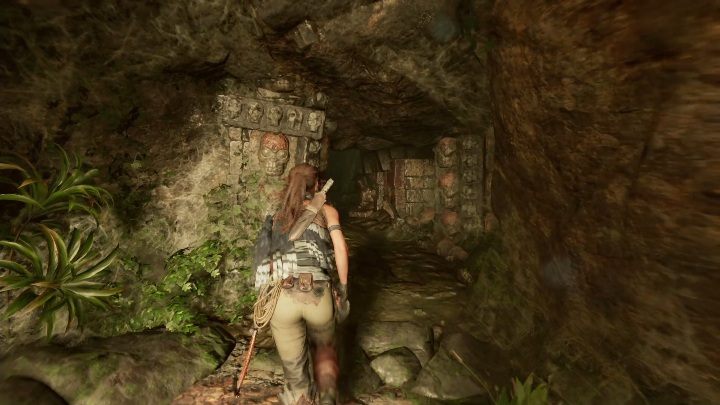 At the top you will find the entrance to the cave. In the cave, follow the path. This will take you to a large room with a water reservoir. 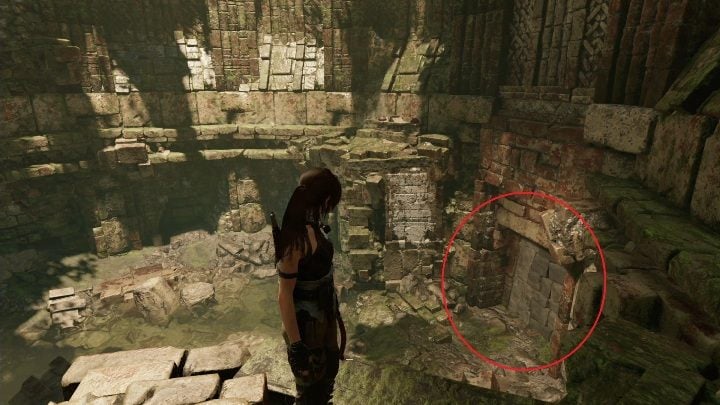 At the very bottom of the room there is a blocked passage - marked in red in the screen above. Jump down on the rocks and smash the stones with your axe. 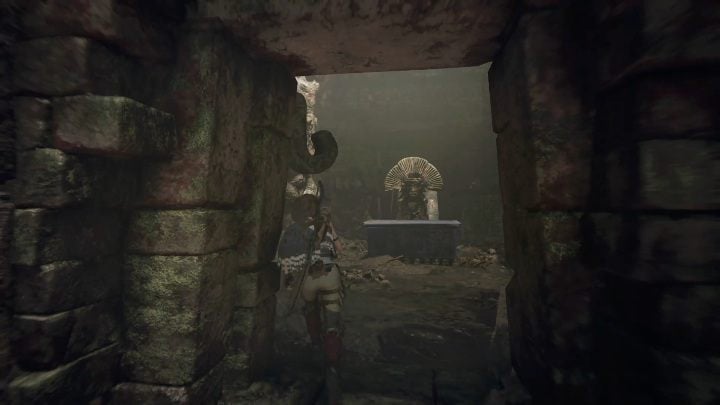 In the next room you have to get to the top of the rocks - there you will see the sarcophagus. You'll get Graves of Six Sky from it. 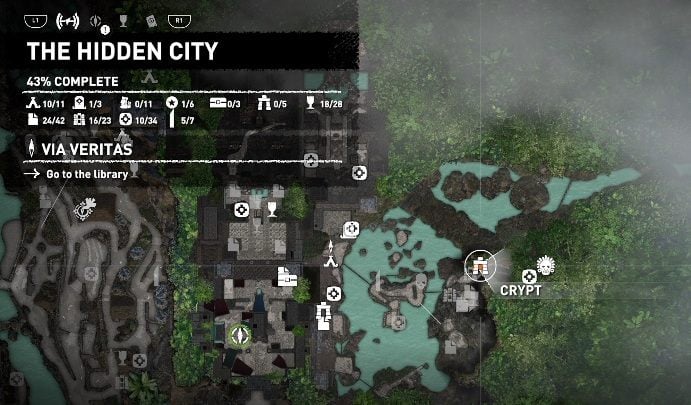 The third crypt in The Hidden City can be found in the eastern part of this location. Near the entrance to the crypt you will find many murals and documents. You can only enter the crypt in the Serpent Guard outfit. 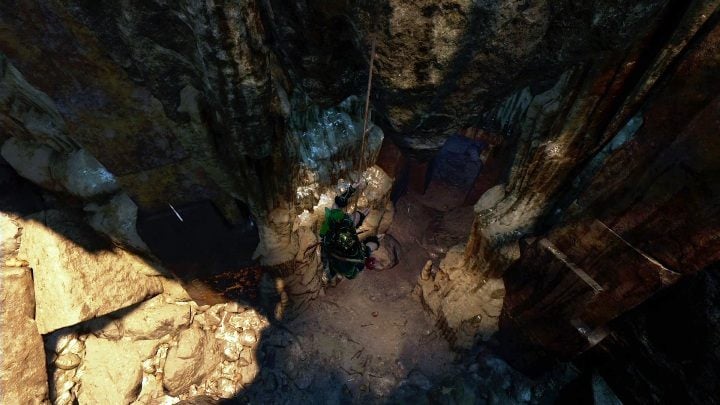 After entering the crypt you will find yourself on a climbing wall. Jump and hook on it with your axe and descent on the rope. 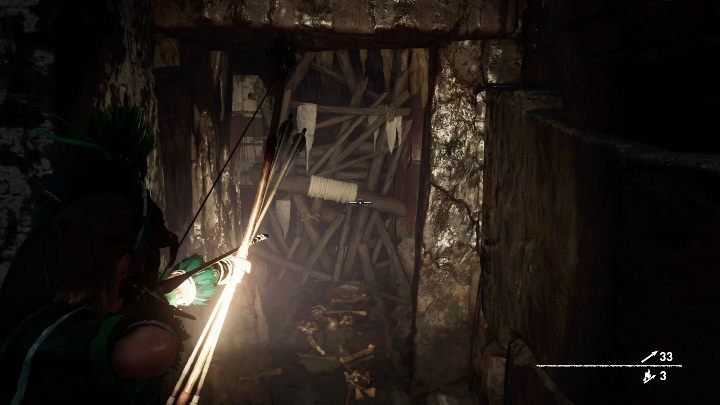 Follow the cave along the left wall. You will hit a blocked passage. Open it with a bow shot. Then continue along the path. At the end you'll get to a great climbing wall. 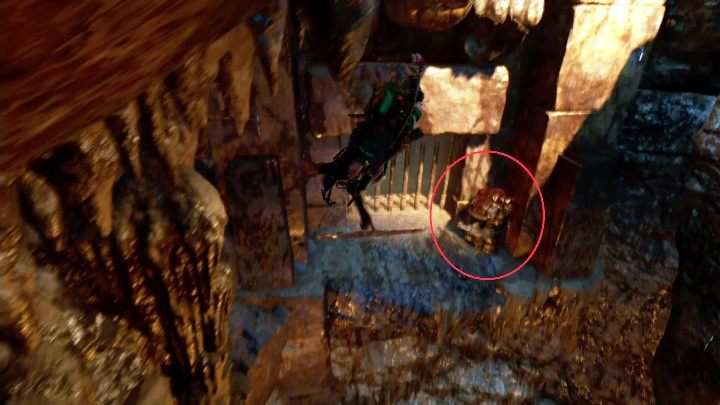 At the very top of the cave, pick your axe with a rope and descent onto a rock shelf. There is a machine to open the passage. Use it and go on. 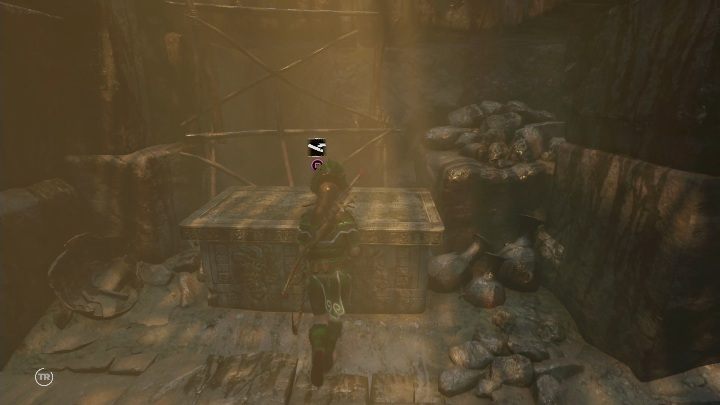 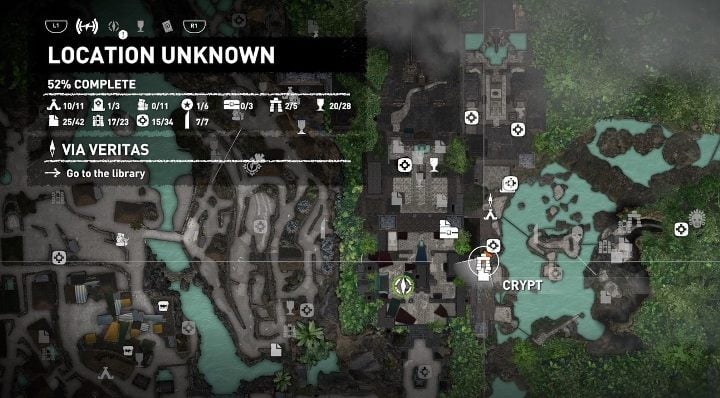 The fourth crypt in The Hidden City can be found in the eastern part of the city. Getting to the sarcophagus is very easy, but the exit from this crypt is one of the most complicated elements in the game. We have described the way to the sarcophagus and also prepared useful tips on how to safely leave the crypt. 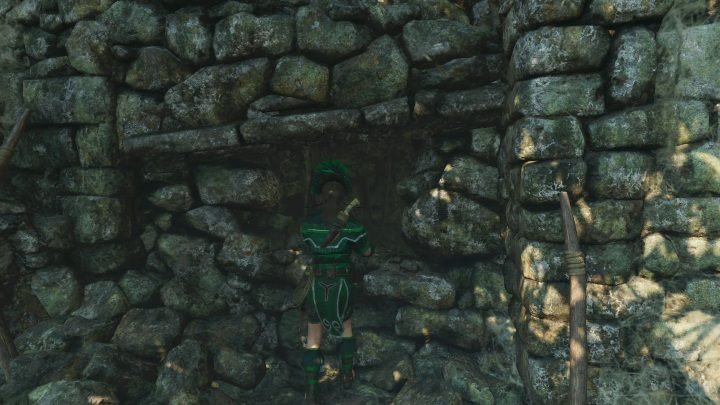 To enter the crypt you have to squeeze through a hole in a stone wall. Then the road leads straight along the path in the cave. 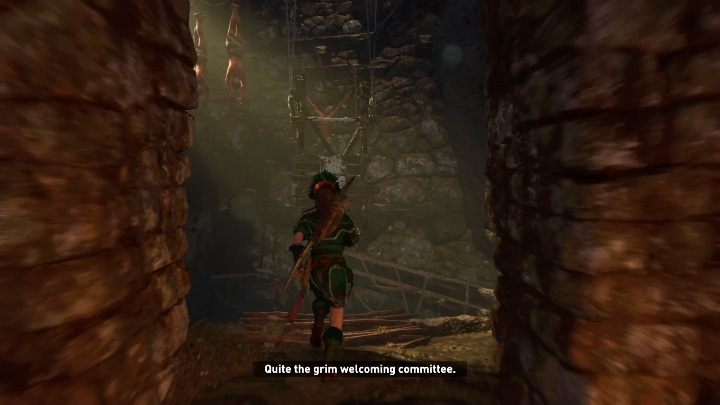 Follow the straight path. There will be a big hole in your way, don't worry about jumping into it. To safely descend down, jump on the elevator in front of you. Watch out, Lara often bounces off the lift instead of grabbing it and falls into the abyss. At the bottom you will see a sarcophagus, it contains Yaway's wooden Greaves. 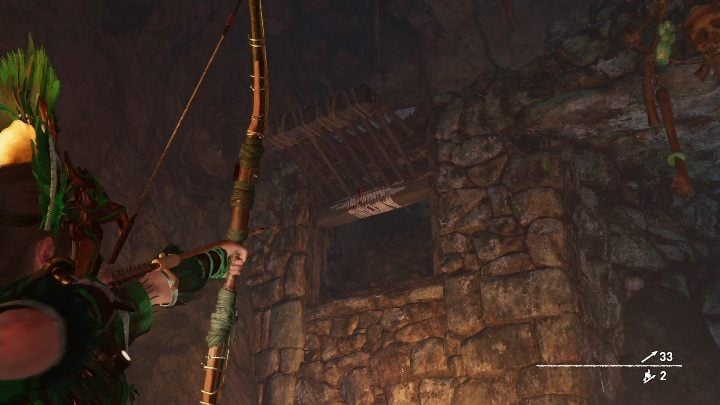 To get out of the crypt you have to close the traps set on the walls. They won't let you climb. Look carefully and climb to the top of the cave walls. This way you will get to the exit. In the screen above we have shown which elements of the environment have to be closed in order to safely leave the crypt.

The fifth crypt in The Hidden City can be found while performing a side mission - Hearts and Minds. If you don't complete this mission you won't be able to enter the crypt. From the crypt you won't get any outfit item, but an item for the quest. 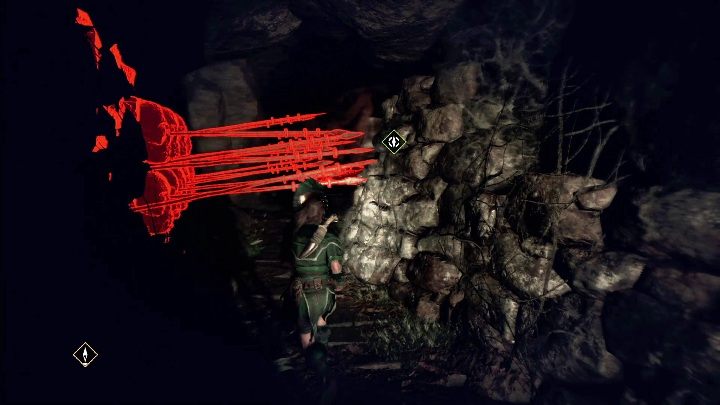 The mission will take you to the cave. There you will find numerous traps. You have to get rid of them and reach the end of the path. There, on the left side, there is a blocked passage. Open it with your axe. 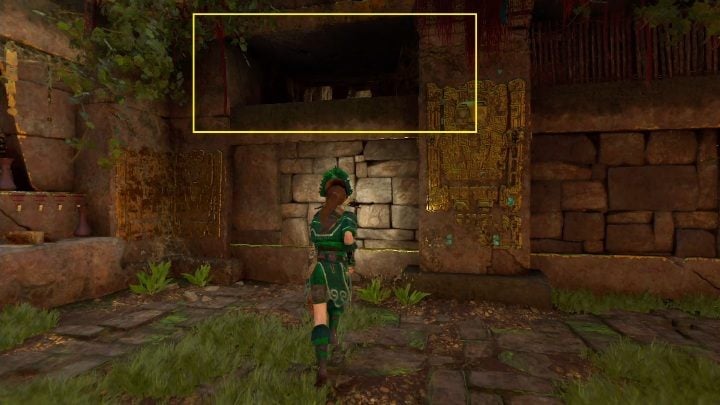 By following the path you will reach the next room. To go further you have to jump on the rocks and enter the way at the top. 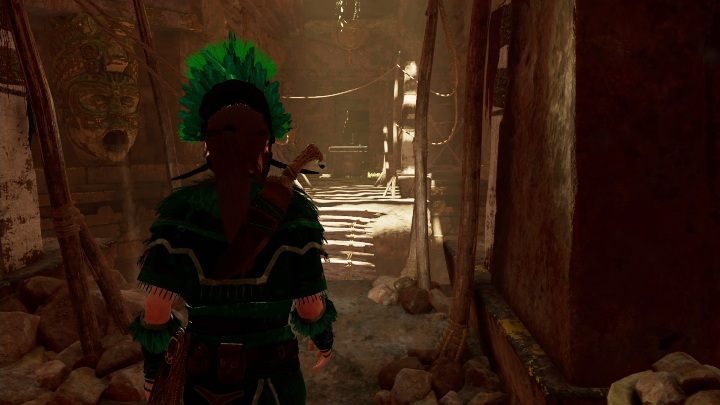 Going further you will find yourself on the bridge. On the other side of the bridge there is a sarcophagus with an amulet. However, when you stand on the bridge, it may break automatically and Lara will fall into the water. 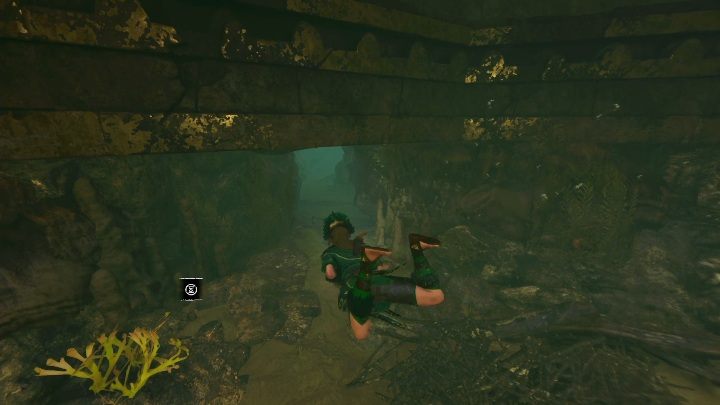 There is a passage underwater. You have to swim through it to the other side of the cave. There you will find a water machine, use it. This way the water will rise and unlock a possibility to return to the first room. From it, go the other side and do the same thing. 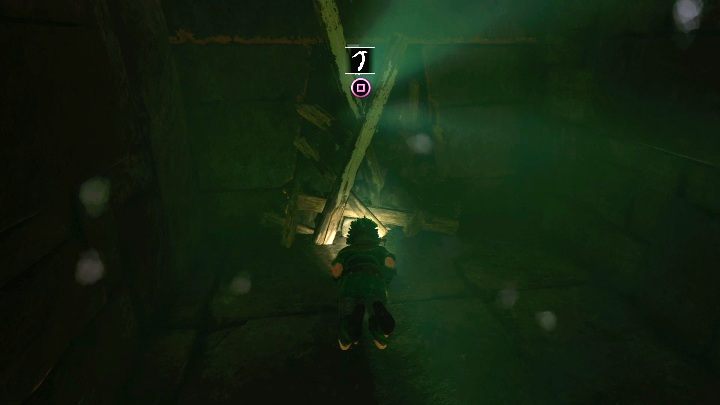 You have to do the same thing even higher. There, however, you will be able to make a passage with your axe and get to the surface. After that, you will see the sarcophagus that contains the item for the quest.