The following page features the description of your return to the Kuwaq Yaku village in Shadow of the Tomb Raider (the Path of the Dead quest). Having examined the main hall of the temple, the protagonist must return to the village 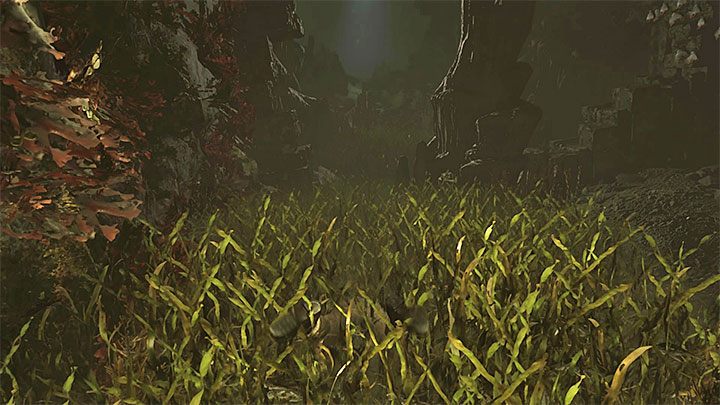 Squeeze through the damaged wall to leave the hall with the mural. In the next room Lara will examine a monolith and acquire a new skill - Eagle's Talon. It enables the character to take out enemies from above, and you'll get to try it out shortly.

Approach the edge, jump into the water and dive. For the first time in the game you'll need to avoid piranhas - if you're spotted and attacked, Lara will face a quick and grisly death. When using survival instinct, schools of piranhas will be marked in red. Try to swim around them or hide among the plants growing on the bottom (an example of such action can be seen on the picture above). 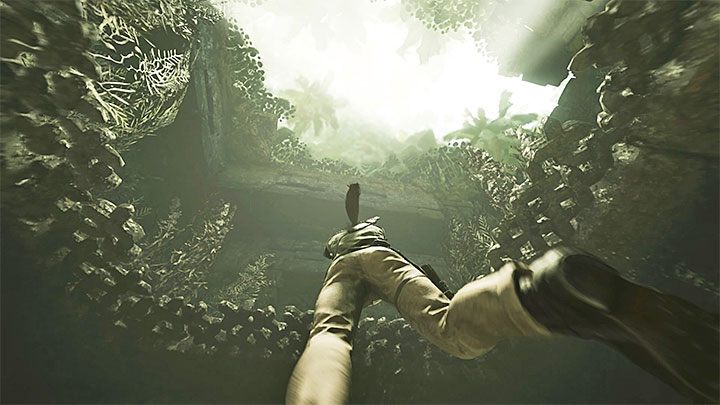 When exploring the submerged area you can't forget about one more thing except piranhas - you're limited oxygen supply under water. Luckily, you can use air pockets to resupply. In the eastern part of the pond, you'll find an underwater tunnel. Swimming on the other side will enable you to get to the surface and leave the ruins. Now you can finally go ashore. 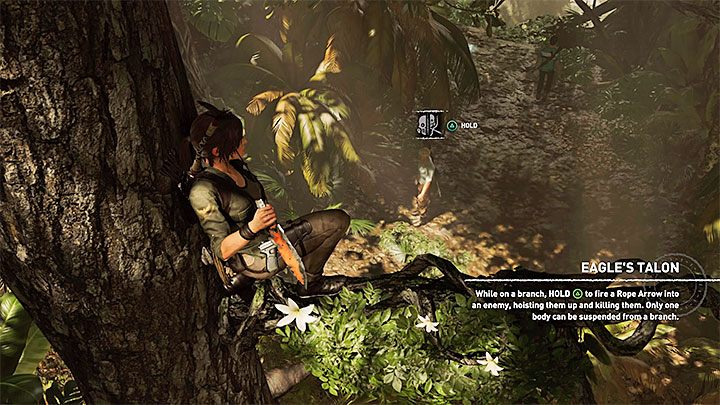 Not long after you begin your walk home across the jungle, Lara will stumble upon new opponents. Climb a tree and check out the mercenary shown on the picture above. You can use him to test the Eagle's Talon skill. Press the takedown button when the enemy is close enough. Lara will use a rope arrow to create some nice, green gallows for the unfortunate enemy, killing him instantly.

Additional note - later on in the game you should invest 3 points in upgrading the aforementioned skill to Eagle's Talon II. It will enable you to hide the enemies body in the treetop, helping you remain hidden. 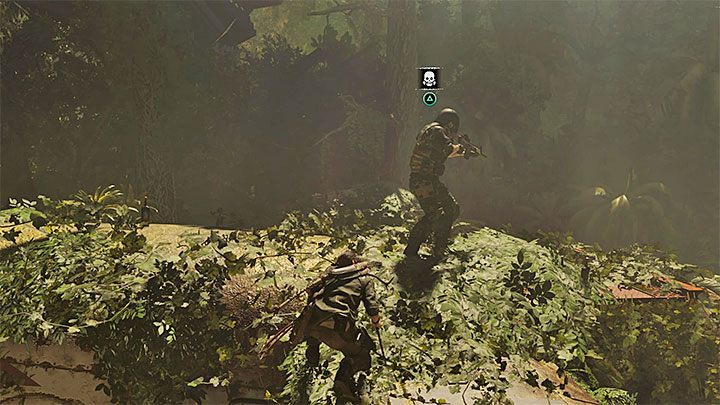 Take out the nearby enemies any way you want and proceed towards the village. Having squeezed herself between the trees, Lara will enter a new big area populated by enemies.

As usual, stealth is suggested to help you deal with the opposition. Make sure you put the Eagle's Talon to work, but don't forget all the other tricks you've learned so far. The biggest problem will be the armored enemy that stands on the overgrown wreckage. Don't even think of trying to kill him with the bow, as he will survive a headshot. Instead, try to take out other nearby enemies, and sneak up on him from behind. 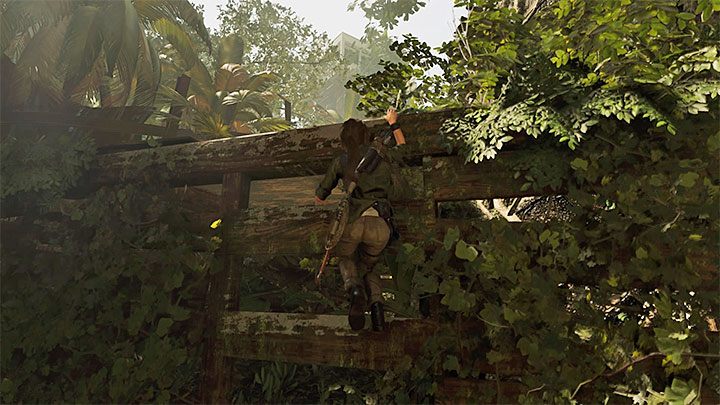 After you clear the area, find a shelf that you can climb. Complete one more linear walk. Lara will encounter bodies of dead mercenaries, but there will be no more fights in this section.

Return to the entrance to the ruins, where you'll find Jonah and Abby. Approach the small hole inside the ruins, and a cut-scene will be triggered. Lara will automatically be moved to another location, where she'll need to complete the Trials of the Jaguar and the Spider.