The following page contains the description for the dig site exploration in Kuwaq Yaku in Shadow of the Tomb Raider (continuation of the Path of the Living mission). The protagonist will need to solve a rather complicated puzzle in the temple. Solving it, will grant you access to the large hall with a mural. 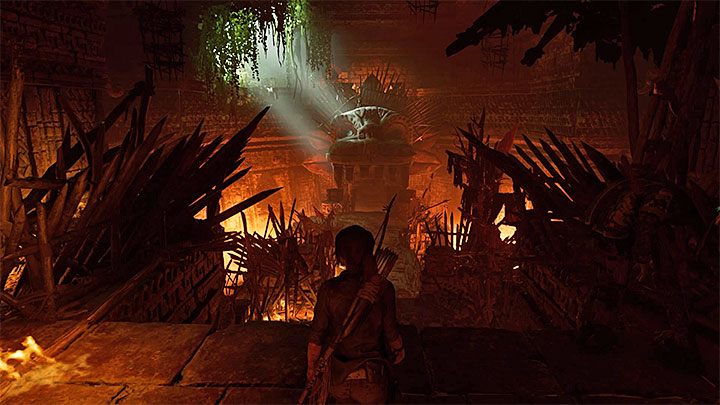 There will be no new enemies in the dig site area for now, so you can snoop around for secrets and interactive objects. Your main objective is the large hall shown in the picture above, where you'll need to solve a bigger puzzle.

The hall features a locked gate with two interactive knobs on each side. The mechanisms rotate plates with various symbols, but the rule is that only the first plate from the bottom will be rotated.

The first part of the puzzle is very simple - rotate each of the plates until it locks itself in the correct position. The solution to the first part is shown on the picture above. 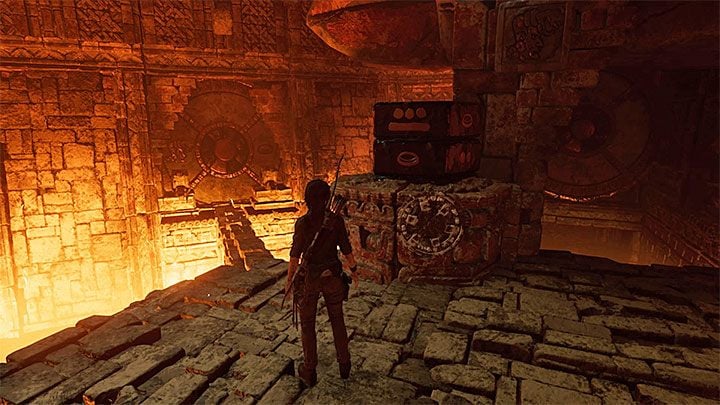 Note that small Bridges have appeared left and right from the main gate, leading to side areas. You can visit them in any order. Watch out on the right bridge, as part of it will crumble.

Each of the minor passages leads to an interactive gate, where you'll find new symbols that will help you in solving the next part of the puzzle.

You can now return to the knobs, and play with them once again, this time using the symbols you've seen in the side rooms. The solution to the second part of the puzzle is shown on the picture above.

The main gate can be opened now, only to reveal one more hidden behind it. As you try to open it, the floor to collapse, so get back to the main room, where the knobs are.

Note that both knobs now have four stone plates each. This means you can continue with the puzzle (once again, use the clues from the side rooms). The solution to the third part of the puzzle is shown on the picture above. 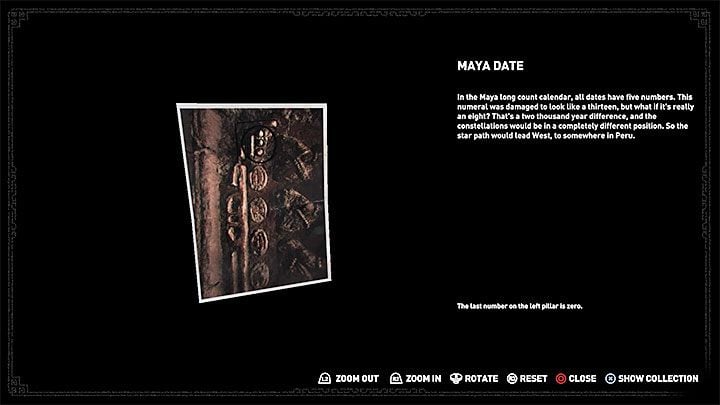 Once again the gate will open, and once again it will reveal a locked gate behind it, which, you guessed it, once again is connected with crumbling floor.

Return to the main room and follow Lara's suggestion to look at a photo in her journal. The photo you're looking for is Maya Date. Rotate it using the analog stick until you discover a hidden hint regarding the correct symbol.

You can now use this hint to turn the knobs one last time. The solution to the fourth part of the puzzle is shown on the picture above. 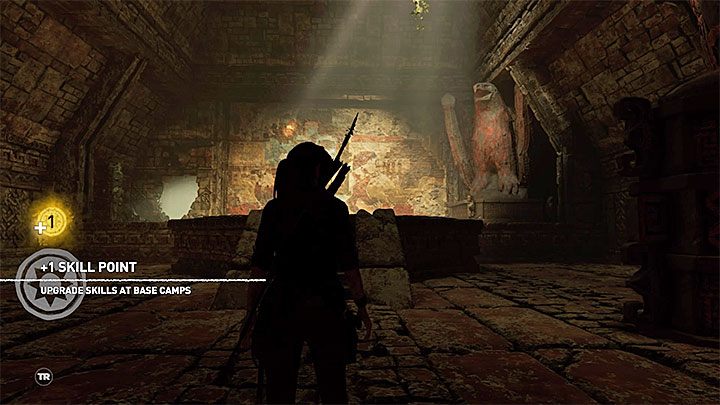 All you have left to do is to open the final main gate, which will solve the puzzle and lead Lara to a hall with a giant mural. As you approach it, a cut-scene begins, during which Lara will inspect the mural. You'll acquire a photo and unlock the Fire of Life achievement.