The following page describes the final section of the Peruvian jungle trek in Shadow of the Tomb Raider (connected to the mission titled Where the Twins Confer). Lara and Jonah need to reach the Kuwaq Yaku village, and the Trinity is hellbent to stop them. 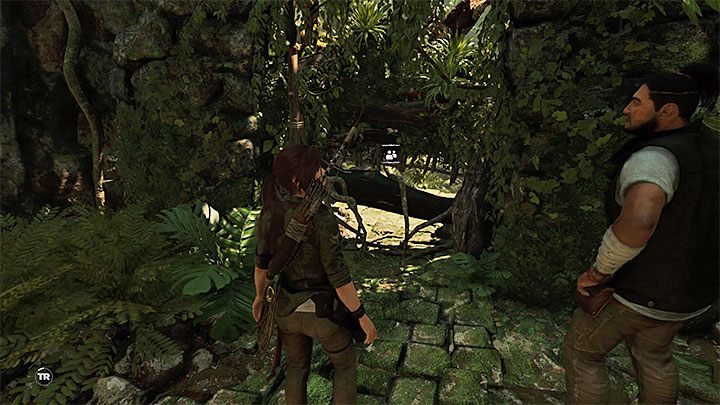 Before you set out, check Lara's inventory in the camp - having defeated both jaguars, she acquired the Vest of the Empress Jaguar. It provides a bonus to stealth when worn. I suggest wearing it now if you don't have anything better, as it's properties will come in handy real soon.

Proceed by removing the new obstacle with Jonah's help. The characters will soon approach the area you've already explored solo. You can revisit it if you wish, as you now have the climbing axe required to reach some inaccessible treasures and hidden areas, but the decision is yours. 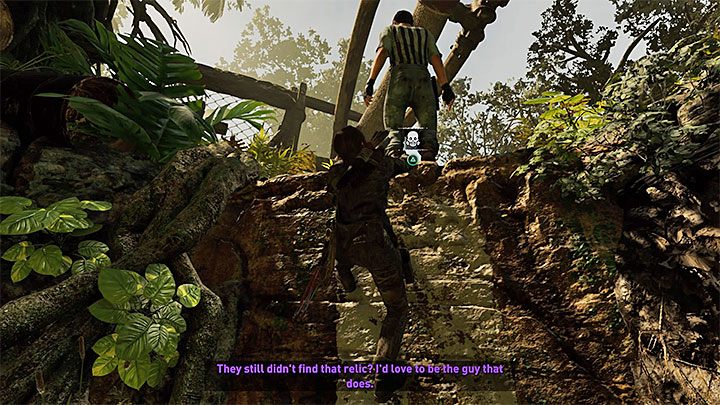 Your journey to Kuwaq Yaku will be interrupted by Trinity mercenaries in an APC. Stay hidden or the gunner will produce a lot of holes in your brand new jaguar vest. And you.

Take out the first enemy who'll stop by the vines and slowly move towards the APC. Move to the left, grab the shelf, and take out the mercenary standing on its edge. 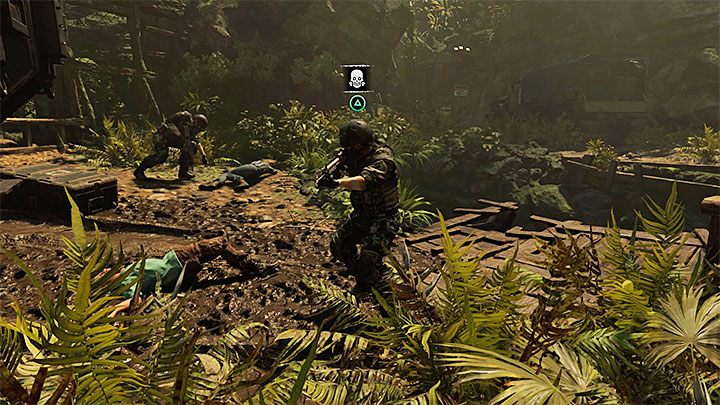 Having safely approached the APC from the bushes, you will see a short cut-scene. Wipe out the remaining opponents, securing the area (you can also check your previous path, on which you came under fire from the APC)

Climb to the highest rock shelf. The game will show you a short cut-scene (no QTEs this time). You'll acquire the Vicar Mark II assault rifle and the AB.45 pistol. 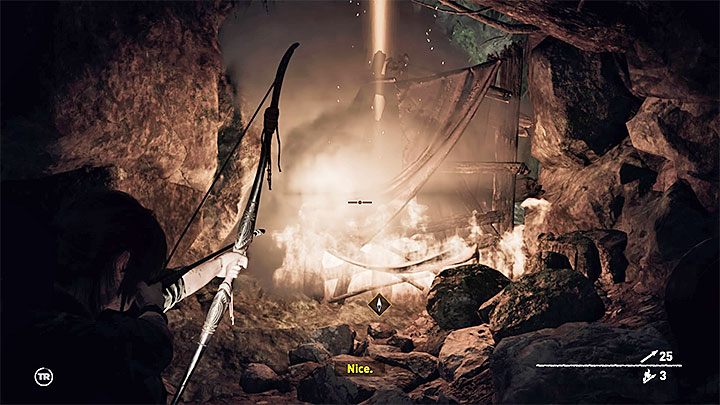 Having entered the cave, the protagonists will encounter a barricade, luckily, a flammable one. You're going to need a flame arrow. You can craft it by holding the right controller button (all the required components can be found nearby), and special arrows are shot by pressing an alternative button when aiming the bow.

After a short while, the characters will reach Kuwaq Yaku. All that is left is a short, steep downhill slide to land in the village and find Abby. You'll proceed to the next section.