This section will help you get through the excavation site (continuation of the Hunter's Moon mission) ridden with enemies. You will also learn how to escape the city flooded by a tsunami (the Head Above Water quest).. Completing both of these will let you finish the first main stage of Shadow of the Tomb Raider. 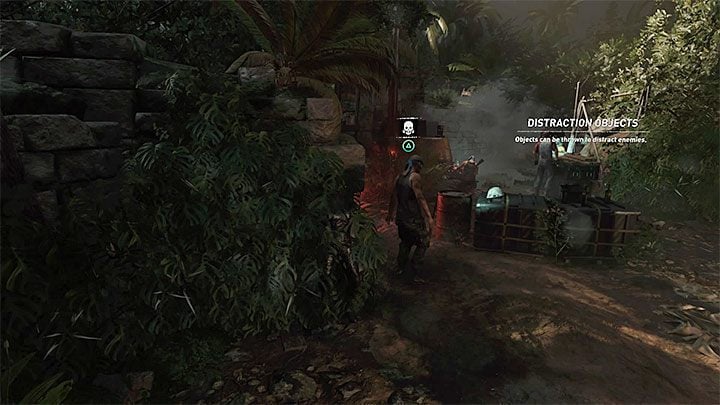 Eliminate enemies as you get through the site and - as the game suggests - try keeping your actions clandestine. Lara can hide behind walls and in vegetation.

Get rid of the first enemy at the generator. In the next part of the site, you will see a few enemies. If you're using the Survival Instinct, you should worry about the enemies shown in yellow - they're beyond their allies' line of sight. Sneak to then or distract them with bottles. Alternatively, you can also craft some Molotov cocktails - if you have the ingredients, press the crafting button. The Molotovs are good for neutralizing groups of enemies. 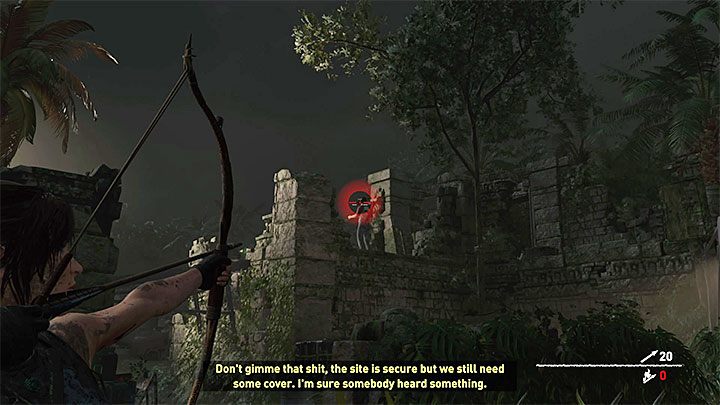 The next part of the location can be reached by climbing the wall. Again - stay hidden. You can sneak behind enemies to kill them, or shot them with the bow. Get rid of the enemy patrolling the wall (see above). Always aim at the head!

There's quite a lot of resources around you, just keep your eyes open - there's ammo, bottles or cans, from which you can craft grenades. 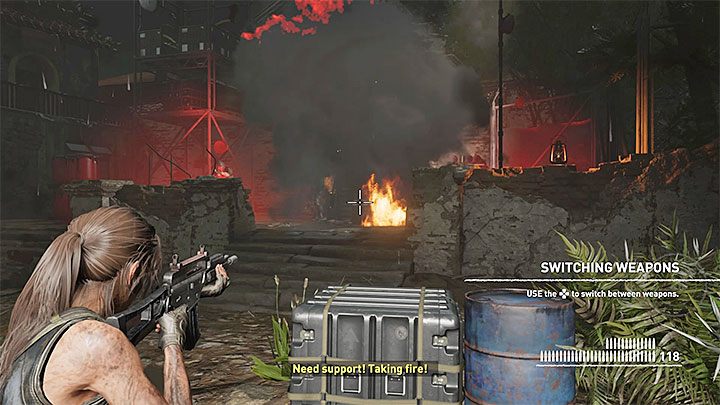 Sooner or later, you will become involved in an open fight. It will either break out when you're spotted, or when you get close enough to the gate. Armed mercenaries will get out the heli. Use a rifle or a shotgun. Remember that you won't be able to kill them with a single headshot, as they have armored headwear.

When fighting the Trinity mercenaries, watch out for their explosives. Don't stay behind cover for too long! Look for opportunities to shoot and explode the red containers. After killing everyone, go to the gate. Open it with the axe; a longer cut-scene with Dominguez will commence. 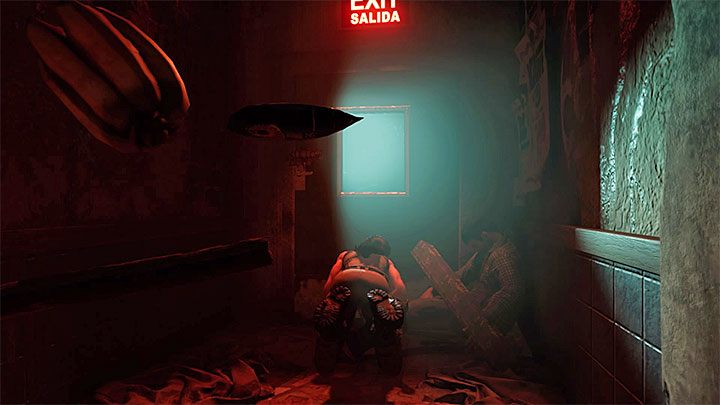 This sequence begins underwater; at first, you only can move to the sides. Avoid hitting obstacles at all cost, for Lara can die pretty easily.

After you are underwater, start swimming fast. On your way, you can reach a pocket of air. Locate the exit door (see above) and use the axe to open them. 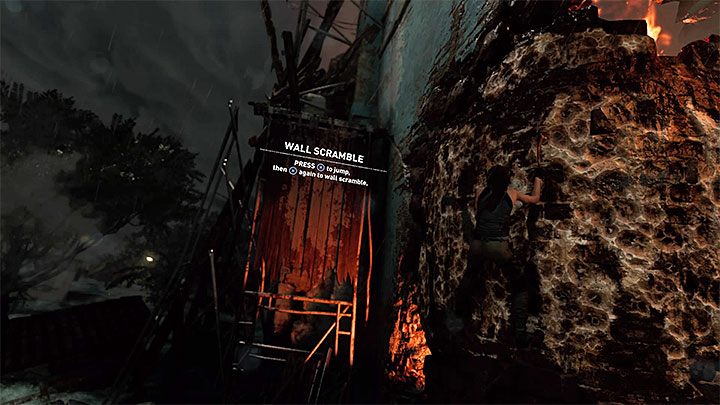 Lara will again be swiped by a wave and you will have to reach the wall, which she can climb. Use the environment to reach the climbing wall, where you will be able to use the axe.

Go to the left, reach the wall shown in the picture, jump and grab the upper ledge. 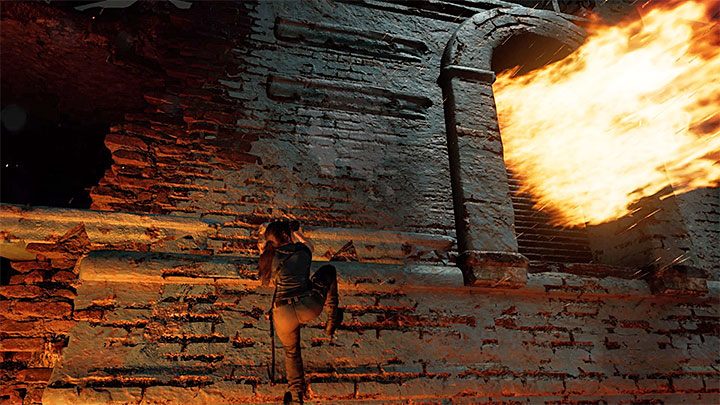 After climbing onto the small ledge, grab the blueish ledge of the building and go to the right. Lara may lose her balance - you have to react fast to that. After reaching the place shown above, jump to the higher ledges and get to the roof. The game will show a cut-scene.