The second location that you unlock in Shadow of the Tomb Raider is Kuwaq Yaku. In it you will find only one challenge tomb. It's not a difficult tomb, but as some of its elements are on fire, it's hard to notice some details. 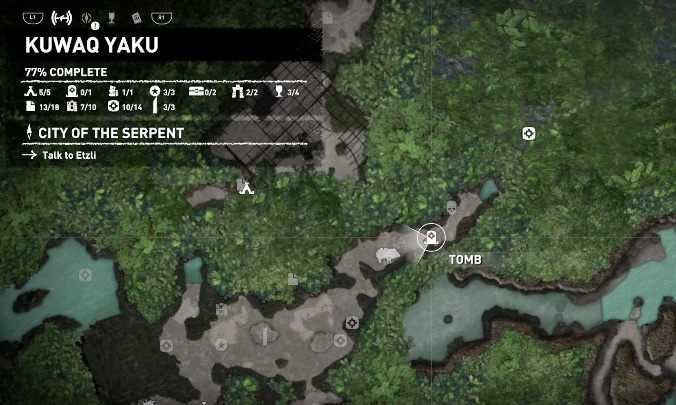 This tomb can be found on the north-eastern part of the map. It's hidden among a tree. 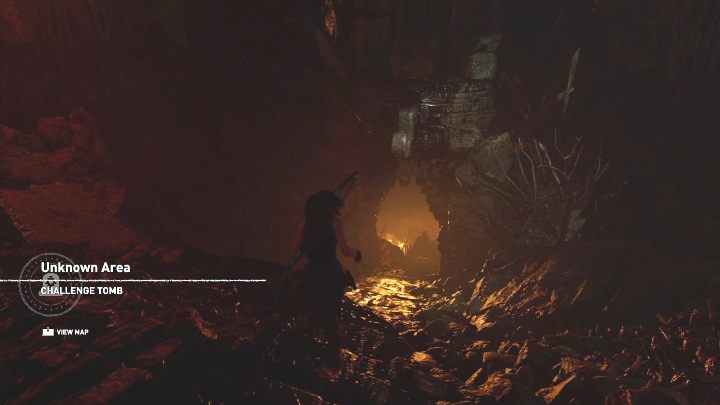 To get to the tomb you have to jump into the water from the cliff, then climb the rocks and follow the left path. There you will find an open passage. When you head towards it, Lara will slip down and fall inside. 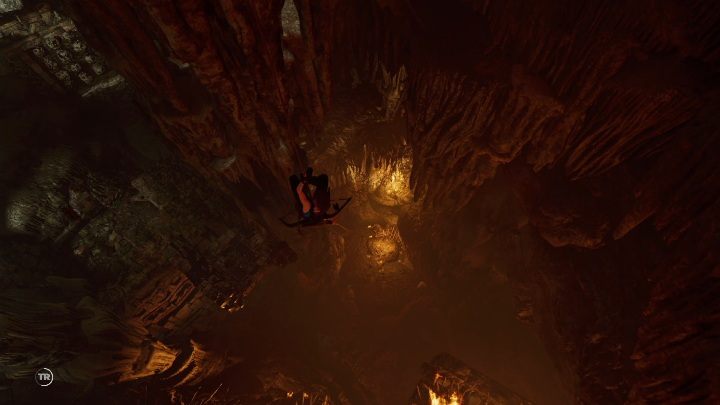 There you will have to grab the rocks quickly and descent using a rope. This will allow you to safely reach the rocky plateau. Then turn right on the rocks until you get to the floor crossing. There, when Lara squeezes through, a group of foxes will jump on you. They won't hurt you, but don't get scared. 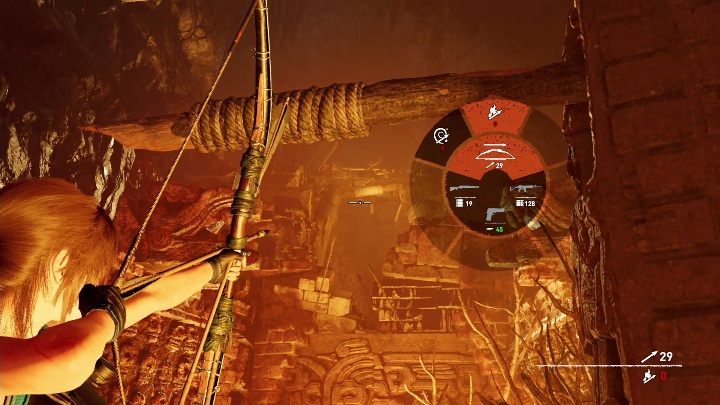 When you get into the location, a pack of foxes will jump on you. You can't go further if you don't kill them. You must use your weapons and get rid of all enemies. After killing the foxes you have to connect the ropes to make a passage. In the screen above we have presented where to connect them. 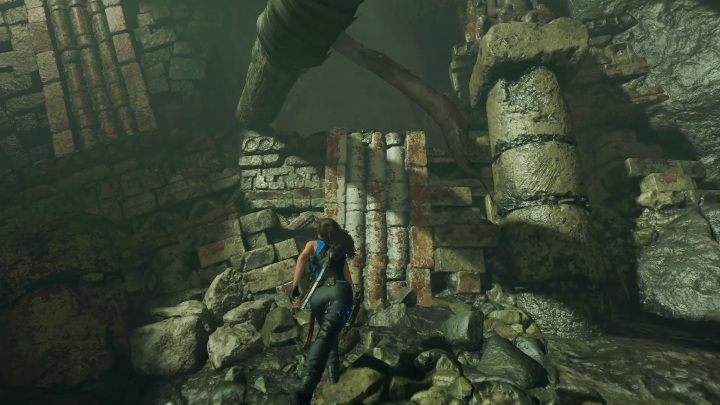 You will find yourself in a location with a strong wind. Lara will not be able to walk on the tree to the other end of the cave. You have to run up to the wall and jump up on it. A puzzle awaits you there. Below we have provided a description that will get you through this tomb without any problems. 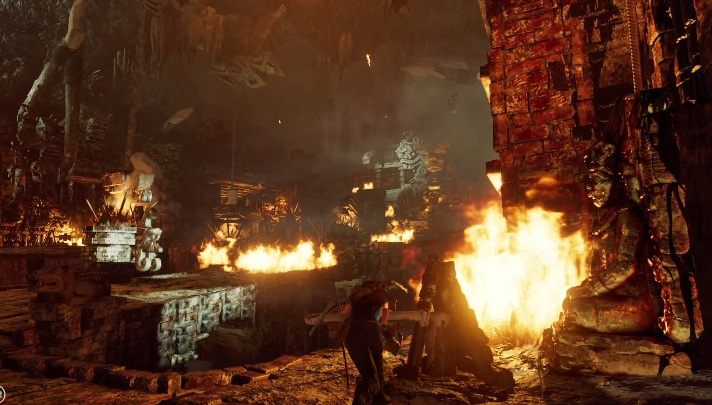 Firstly, move the machine to the right. This way you open the flaps and let the wind into the cave. The hanging element above the passage will move and open the way for you. Follow the path and jump on the moving element. From there, jump onto the rocky shelf on the left. 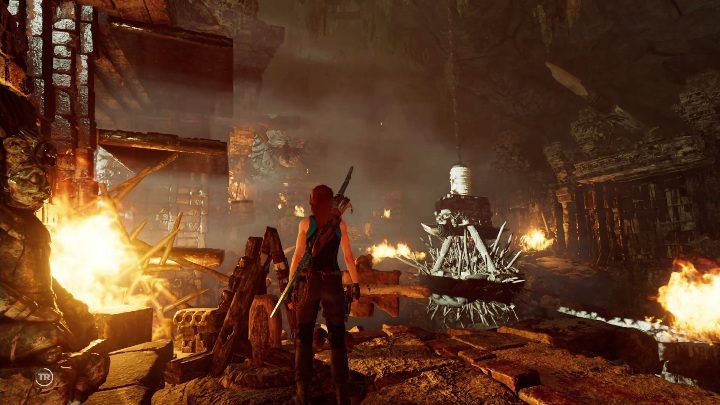 Your next step is to move the next machine. This will also open the flaps and let in the wind. This way the trap will start moving. You have to jump to the other side of the cave. 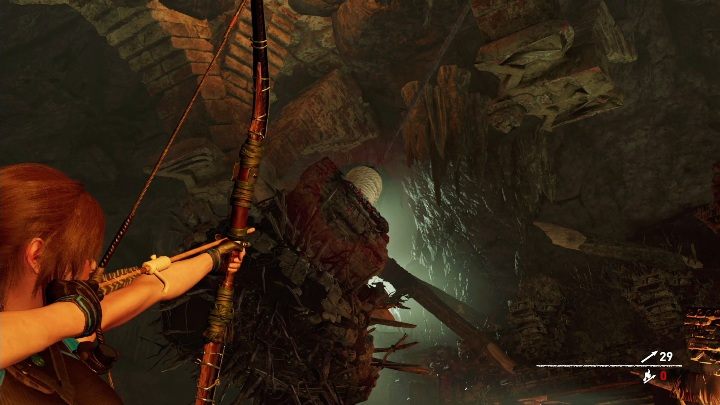 There you have to wait until the right moment. When the trap is close enough, use the bow to shoot the rope and change its movement direction. This way the trap will hit a pile of things on the road and allow you to move on. 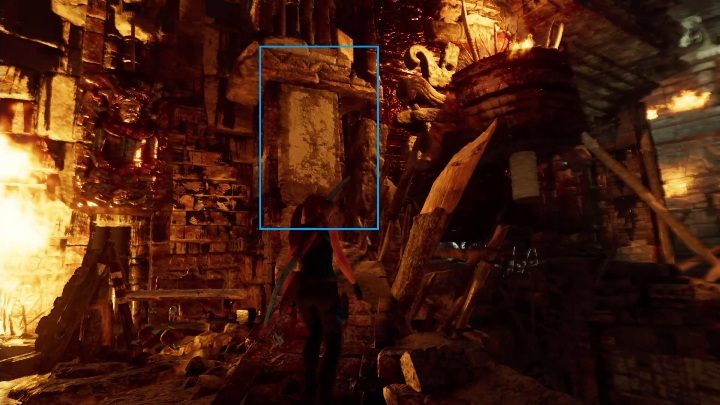 Then return to the second machine and close the flaps. This will allow you to cross the bridge without worrying about strong wind. After going further, jump on the climbing wall and jump from it to the right side of the cave. 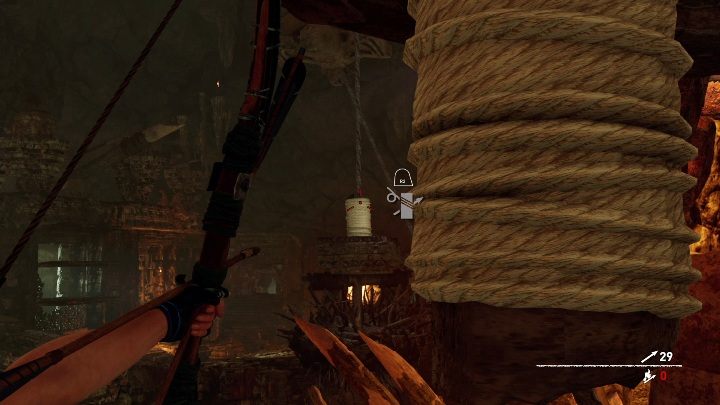 There, connect the ropes shown in the screen above. Use them to get to the beginning of the cave and restart the machine number two. After a while you can turn it off because the wind will be hindering.

After that, jump to machine number three, switch it on and turn it off after a while. Then you can get directly to the chapel. 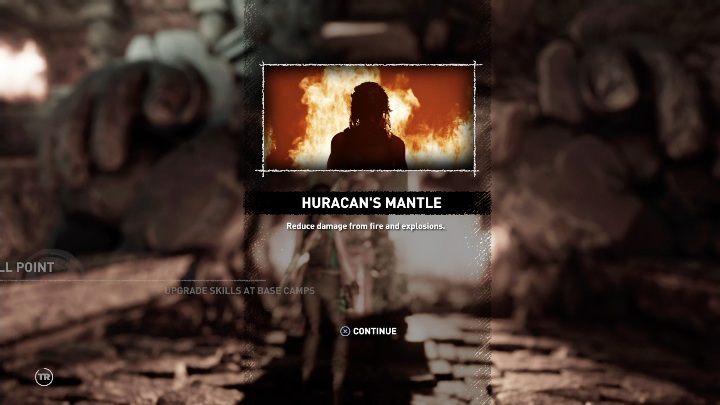 From this challenging tomb you will get a Huracan's Mantel skill. This skill reduces fire and explosion damage.