A shotgun is one of Lara's most unusual pieces of equipment in Shadow of the Tomb Raider. It not only serves to eliminate enemies, but also to destroy some obstacles that block access to new areas. On this page we have included information on where you can find a shotgun and what are the additional uses of it. 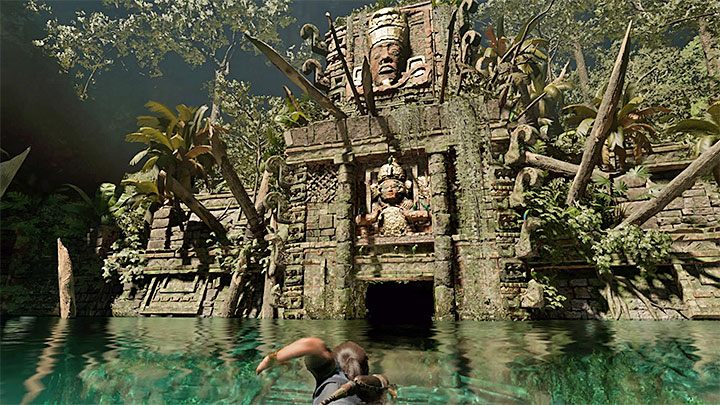 Shotgun is not available in the offer of any merchant or trader you meet. The only way to obtain it is to get to a location called Cenote. This area can be reached from Hidden City - Paititi and additionally Lara has to pass through the Temple in the Mountains. The temple and Cenote are not available for further exploration after you get to the Hidden City for the first time. You need to advance in the main story to set off on a search for the Silver Box.

In the Cenote location, you must start by entering the partially flooded ruins shown in the picture. 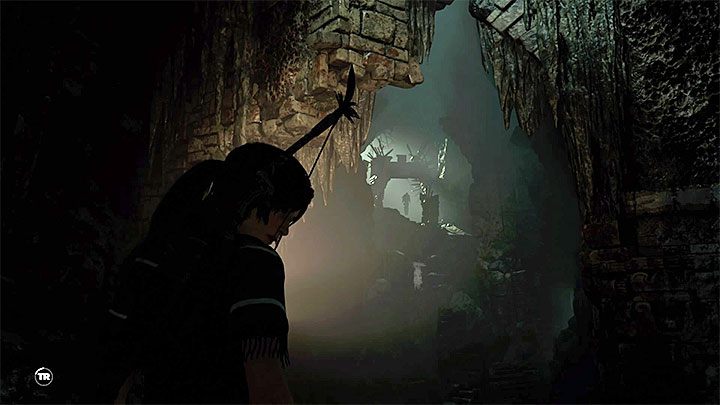 Swim through a flooded corridor to reach a large cave. Lara will notice a corpse hanging in the distance shortly after she enters the cave - as shown in the picture. Your task is to reach them. Only one path leads there. 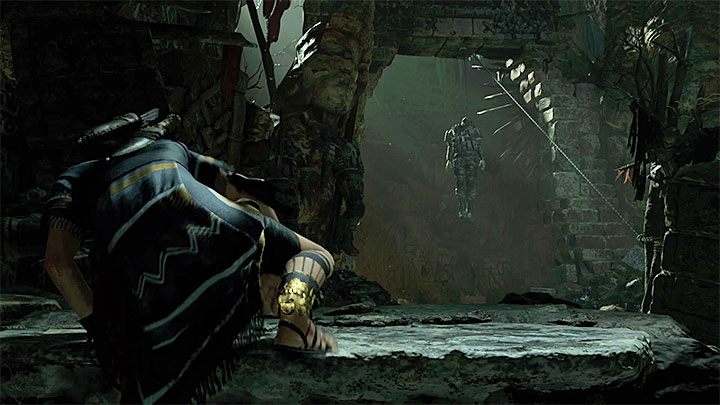 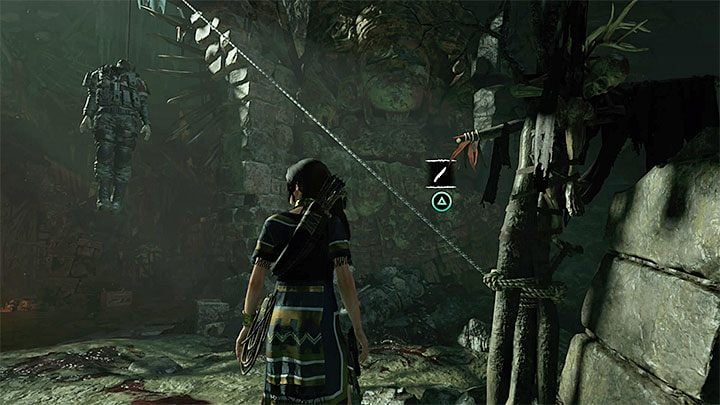 After you reach the vicinity of the corpse (picture 1), approach the rope on which it hangs. Use a knife to cut the rope (picture 2). 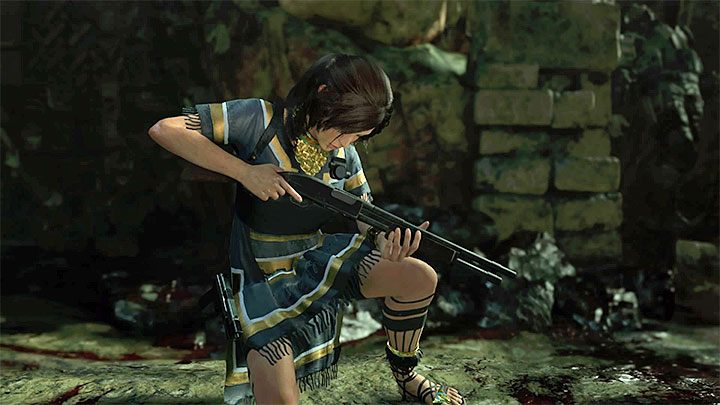 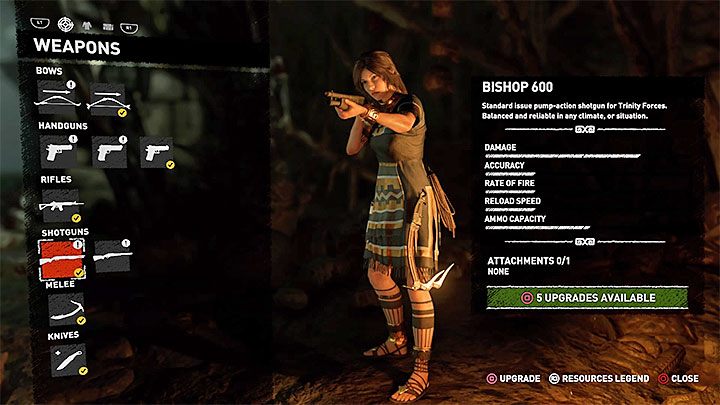 A cut-scene will be triggered, during which Lara automatically searches the body and obtains a Bishop 600 shotgun. 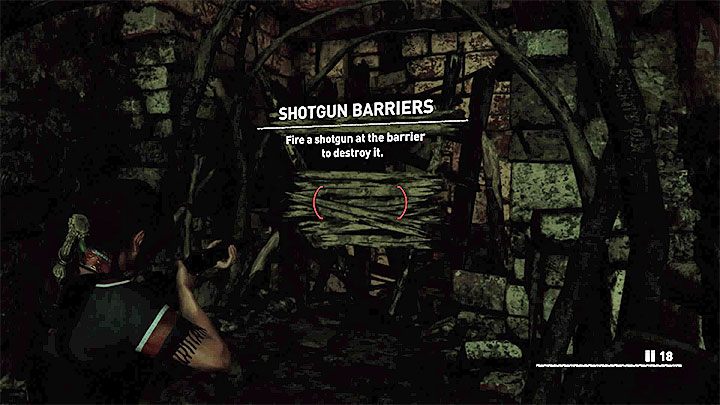 From now on, you can use your shotgun to destroy some barricades - you have to shoot single shots in their direction. The game will allow you to test this function in the next chamber, because Lara has to destroy a barricade to go further.

Note - When you return to Hidden City, it's worth returning to the previous locations where you found similar barricades. This will allow you to discover treasures and locations that were previously unavailable.