In the location of Cenotes in Shadow of the Tomb Raider a difficult puzzle awaits you. You have to open the two gates of Eye of the Serpent. Lara has to deal with this riddle while searching for the Silver Box. We have prepared a detailed solution to this puzzle below.

Note - Lara will be regularly attacked by enemies while solving this puzzle. In the following description we focus only on the puzzle. To kill enemies, it's best to use a shotgun or bow (for elimination of the more distant ones). Look for opportunities to hit green exploding tanks, rely on hand-to-hand combat dodges and always explore the area for additional ammunition. 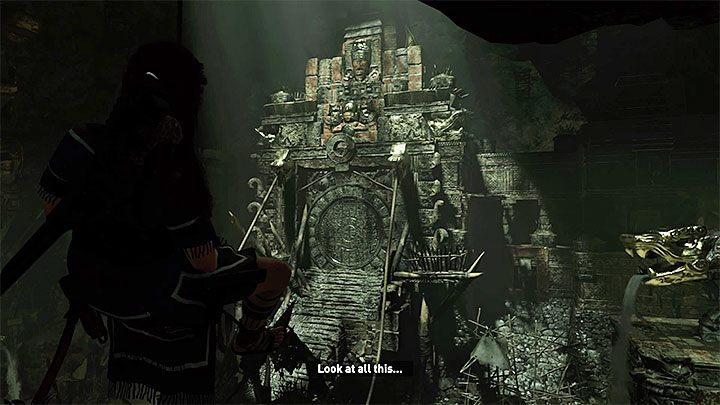 You start the riddle when you reach the large hall shown in the picture above. It's partially flooded and at its opposite end you can see the first gate (the second one is located directly behind it thus cannot be seen from the beginning). 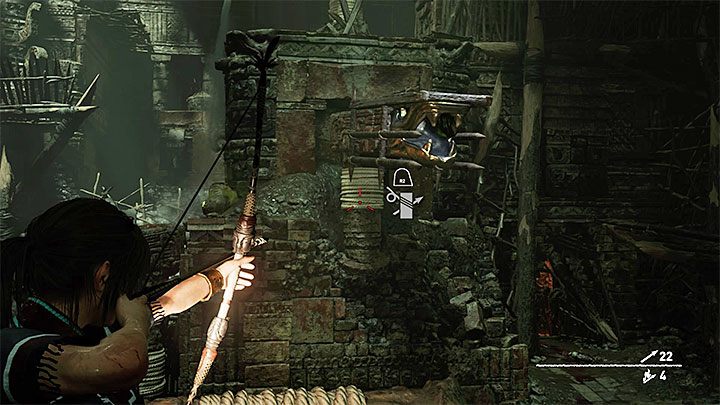 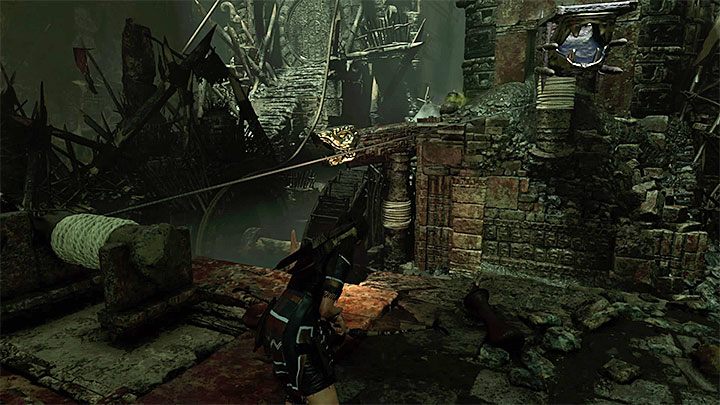 Release Lara from the rope and after landing in the water, swim to the shelf located to the right side of the gate. After you get off the water, follow the linear path to the upper part of the hall. 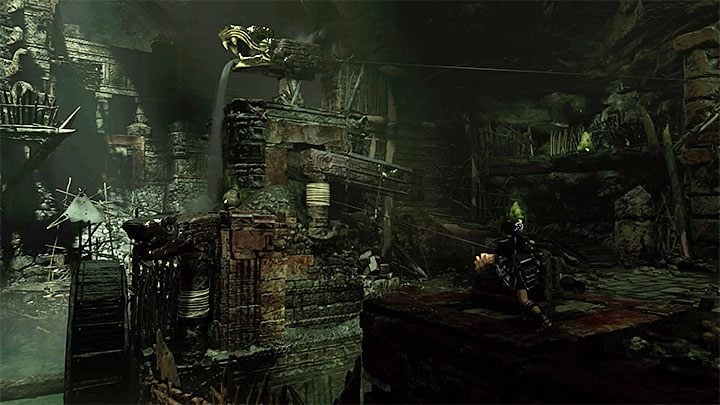 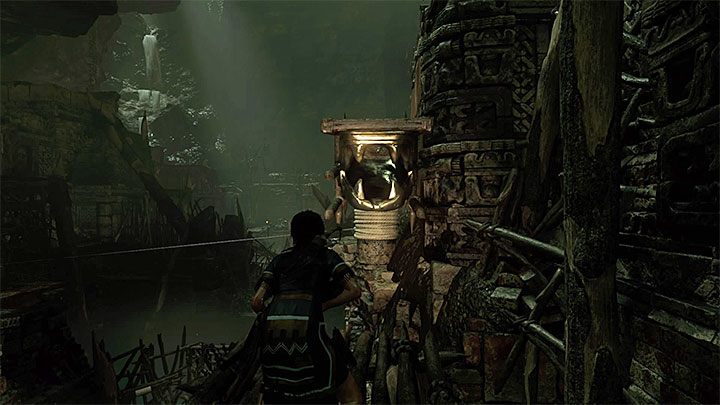 Use a crank to move the middle structure with serpent's head up to the right (picture 1). Now you can reach it and climb it (picture 2). This will allow you to get to the top shelf that was not available before. 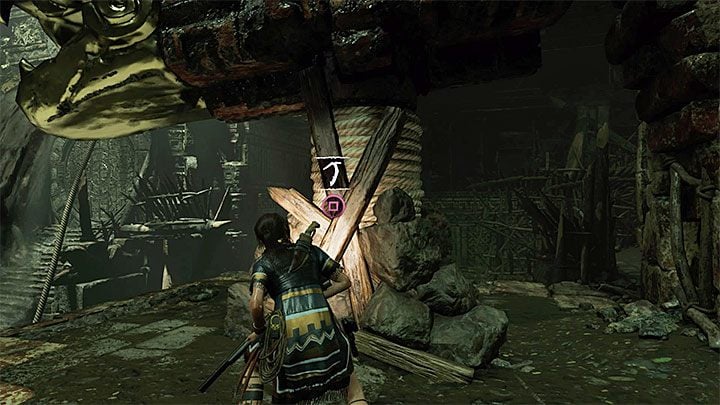 The upper construction with the serpent is boarded and you have to "release" it. Use your axe. 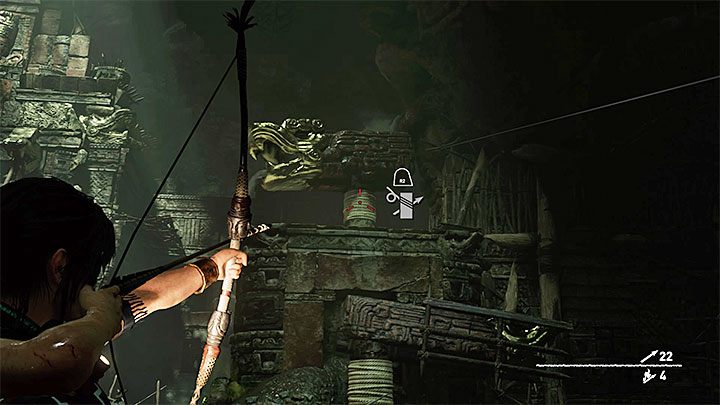 Return to the crank after a successful action. This time, send an arrow to the just unlocked top structure (picture above). 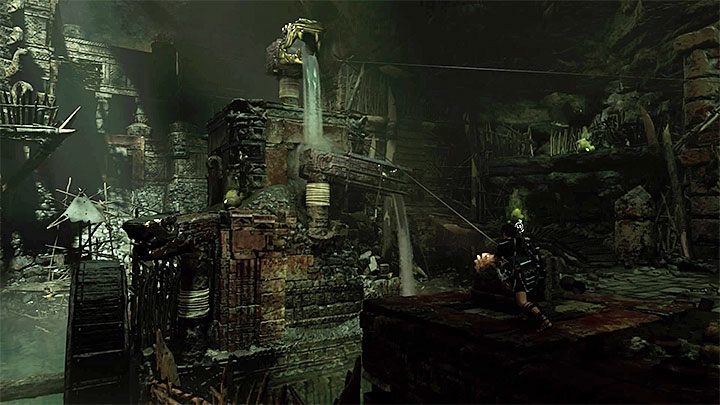 Use the crank to start manipulating the upper structure with serpent's head. It must be in the position shown in the picture so that the water will start to flow down to the middle structure. 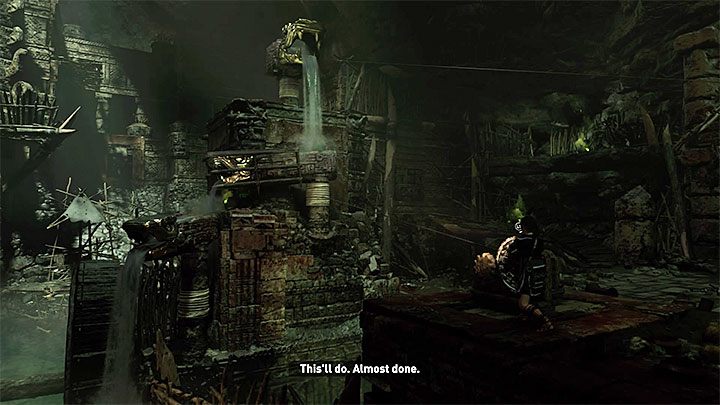 Break the connection with the top structure and send a rope arrow back to the middle (the one you climbed earlier). Use the crank and move the middle construction as far as possible to the left - the final effect is shown in the picture. 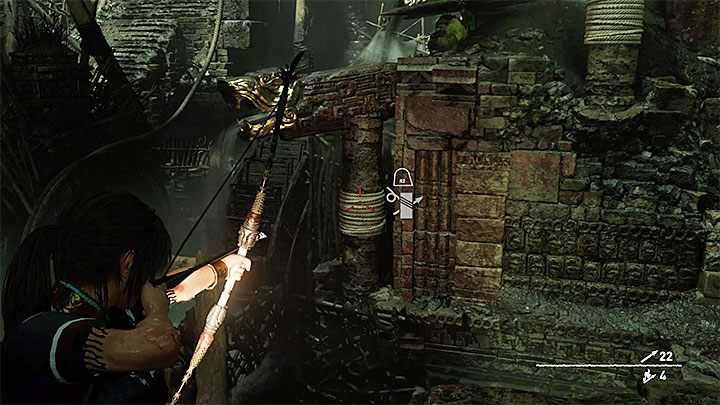 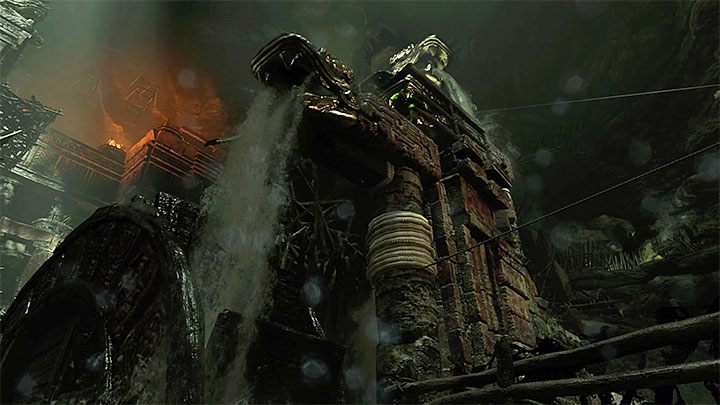 Cut the rope again and this time take an interest in the previously ignored (and shown in the picture 1) lower structure with serpent's head. Connect it to the crank with a rope. Start manipulating the crank. The lower structure must be in such a position that the water starts to flow down on the wheel and sets it in motion (picture 2). A large gate will rise. You will pass the first part of the puzzle. 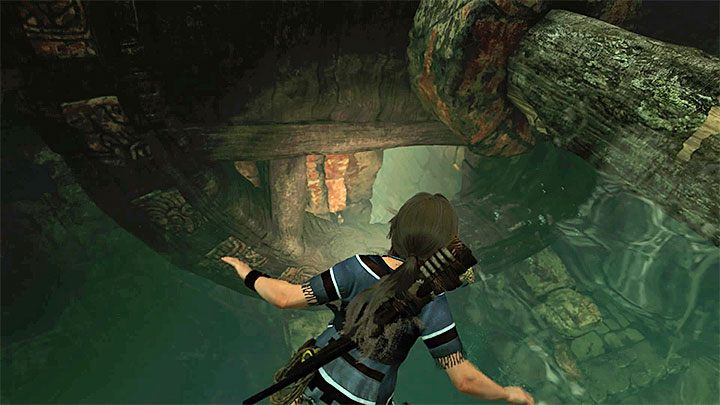 Jump into the water and dive. Take an interest in the working mechanisms and wait until a hole appears with the wheel rotating from the picture above. Pass through it. Go to the place where you can get off the water. Then move further until you find an area with a new crank (it's located to the left of the gate). 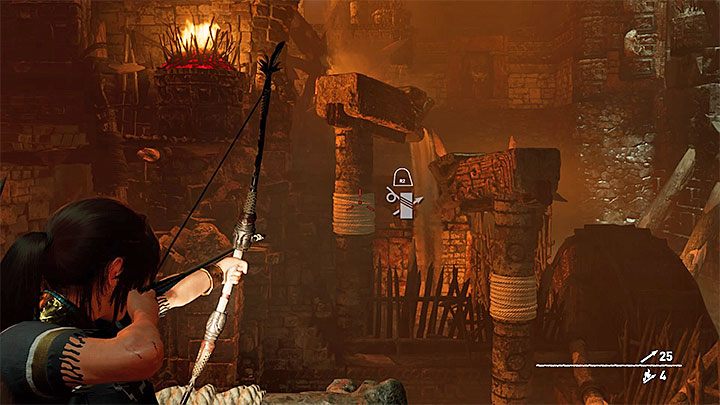 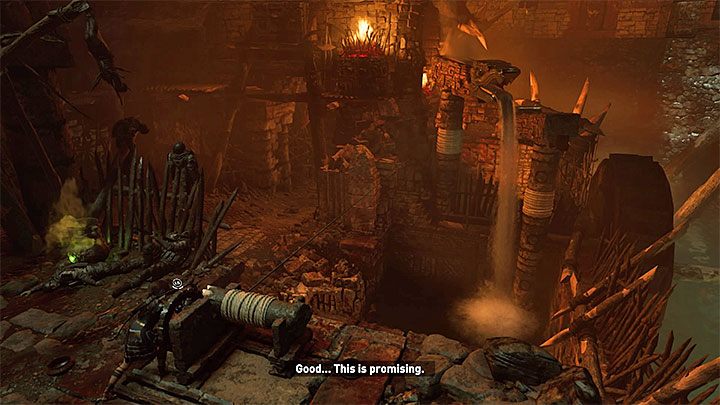 Position yourself at the new crank and aim at the higher structure with the serpent's head shown in picture 1. Attach it to the crank with a rope. Start to turn the crank until the construction is in the position shown in picture 2. The water will start to flow into a small tank and fill it with water. 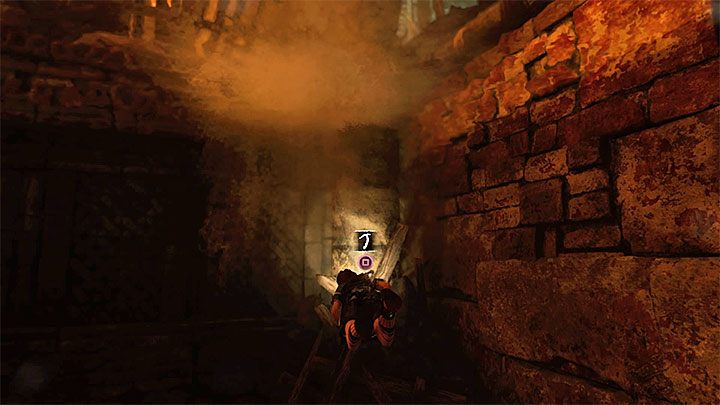 Jump into created water tank and dive. You have to "release" the lower structure with serpent's head and this means you have to get rid of the boards shown in the picture. Lara will use her axe to destroy them. 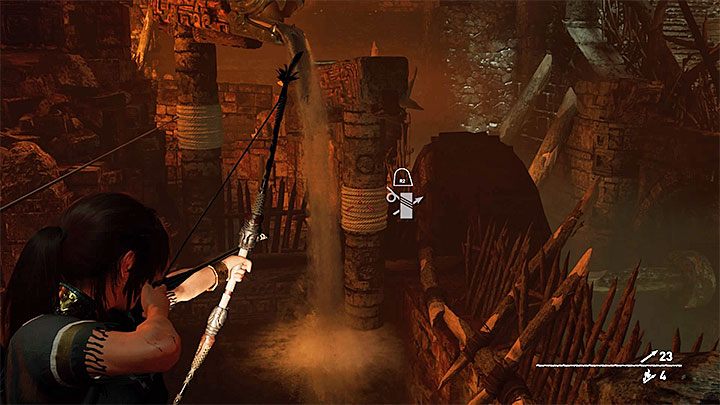 Return to the crank and aim at the rope knot at the bottom structure with serpent's head (as shown in the picture above). Now use the crank and use it to position the structure in such a way that it faces a large circle. 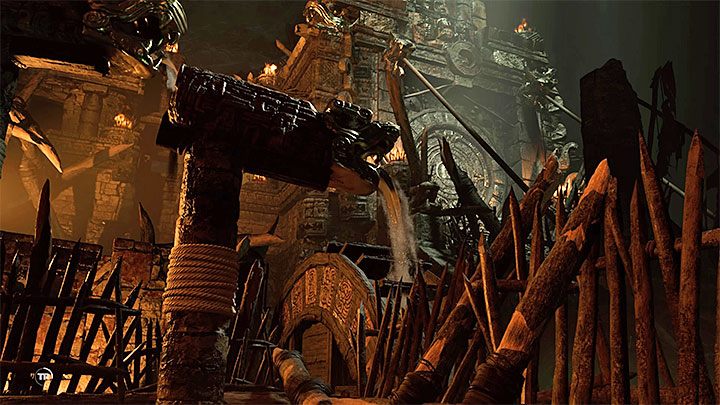