Yucatec is the third dialect in Shadow of the Tomb Raider. You will have a first encounter with it in The Hidden City.

On this page we have included information about all monoliths in Shadow of the Tomb Raider related with Yucatec dialect. We described where the monolith is located and how to get the treasure after collecting monolith' hints. 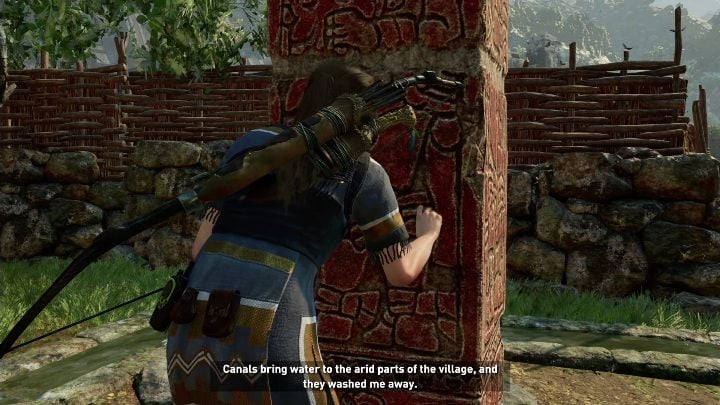 Monoliths belonging to the Yucatec dialect have a red color. It hits the eyes from a distance, making it easier to find. 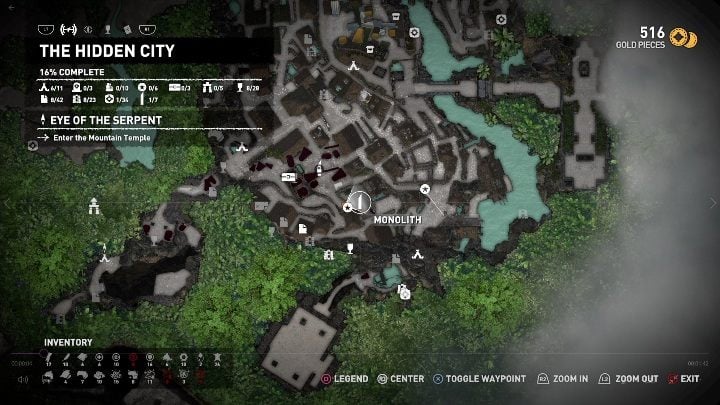 On the south side of the city you will find a monolith. It is not hidden in any way, it is surrounded by ordinary people. 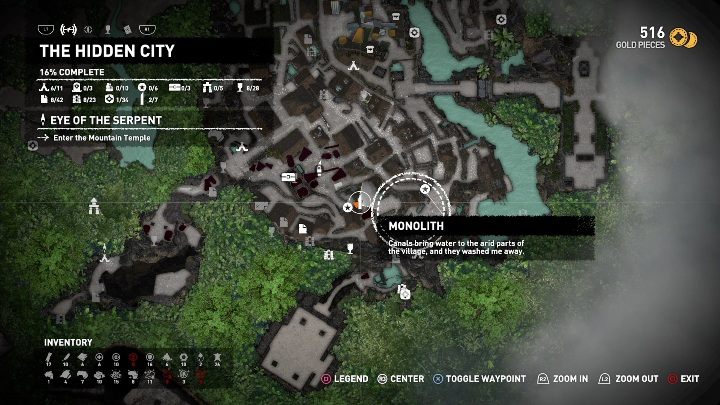 The Monolith will give you a hint: "Canals bring water to the arid parts of the village, and they washed me away". Lara will read it by examining the monolith. However, if you have to read it again, you can use the map. 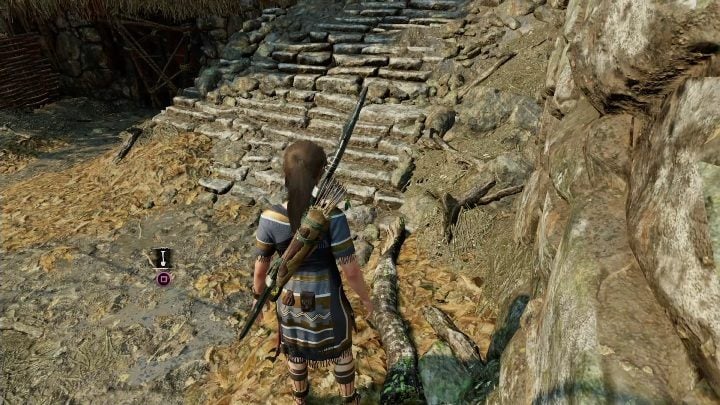 To find a treasure you have to go along the canals located in the city. The canals are called an element in the floor in which water flows. In the screen above we have shown the location of the treasure to help you find it. 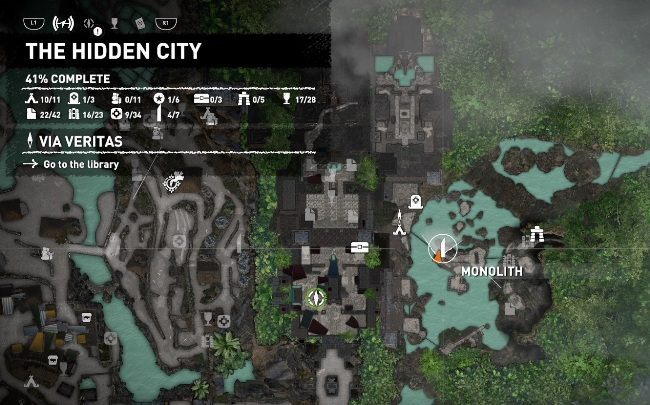 You'll find Yucatec's second monolith in The Hidden City as you go through the storyline. It's on the road between Upper City and the prison that's related with the main plot's missions. 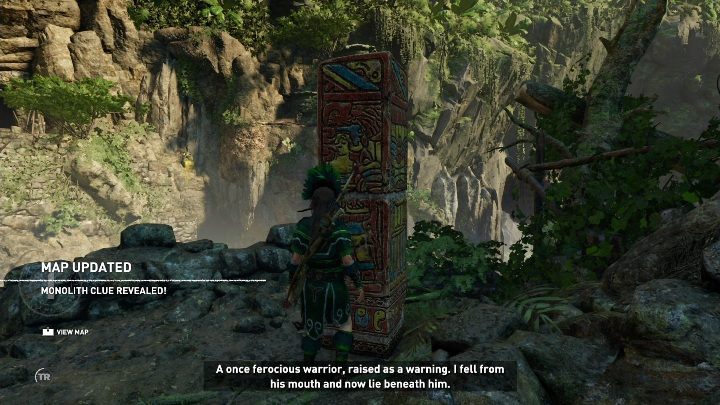 The monolith in The Hidden City will give you the following hint: "A once ferocious warrior, raised as a warning. I fell from his mouth and now lie beneath him". Lara will read it from the monolith. However, if you have to read it again, you can use the map to check it. 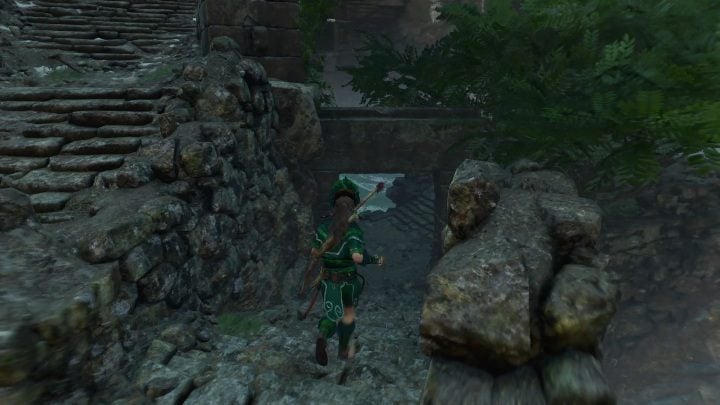 After reading the hints on the monolith turn 180 degrees and run to the right side. You will find a path down there, you have to unlock a way through with your shotgun and go to the other side. 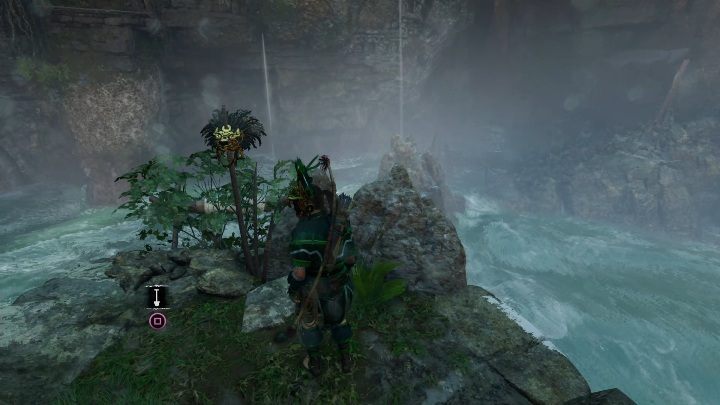 After going to the other side, go to the right. At the top, near the totem with a skull, there is a treasure. 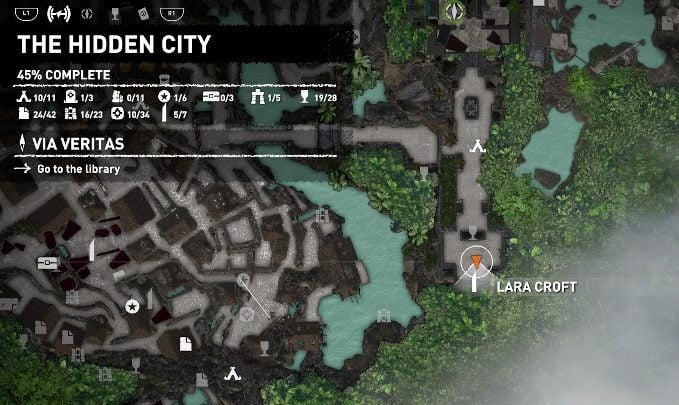 In the south, on the eastern part of the map, you will find the next monolith of Yucatec. It lies at the very end of the path leading from the temple. 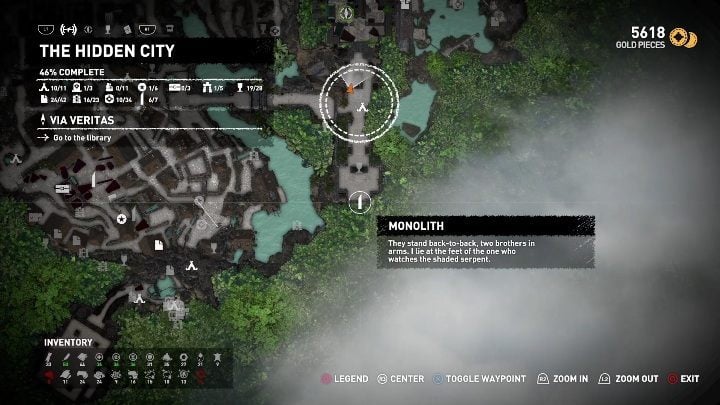 The monolith contains a hint - "They stand back-to-back, two brothers in arms. I lie at the feet of the one who watches the shaded serpent". Use the map if you need to check the hint again. 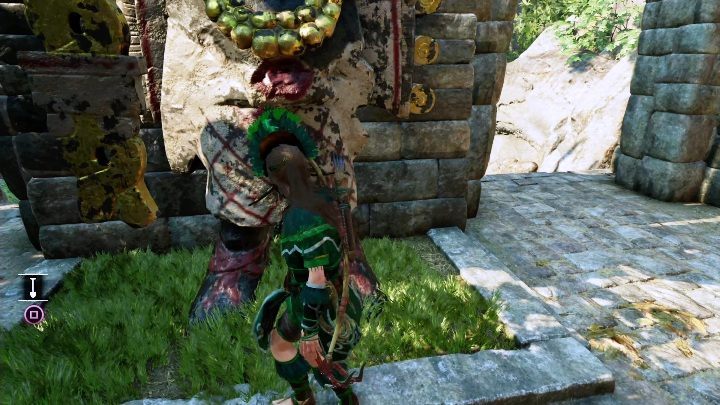 You will find the treasure at the very top of the stairs. At the end, there are two statues facing each other with their backs. There is a stone wall between them. At the very top, in the grass, there is a treasure buried. 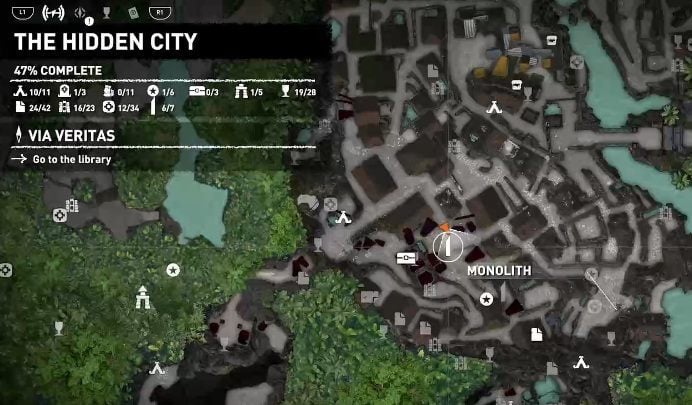 The fourth monolith of Yucatec can be found in the city center. There will be many people worshipping it. 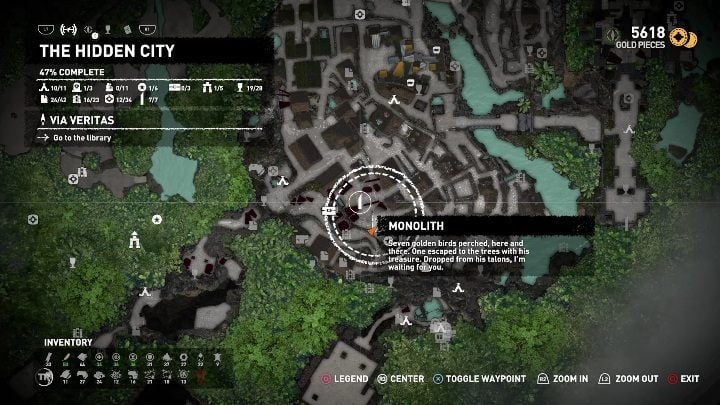 The monolith contains following hint - "Seven golden birds perched, here and there. One escaped to the trees with his treasure. Dropped from his talons, I'm waiting for you". 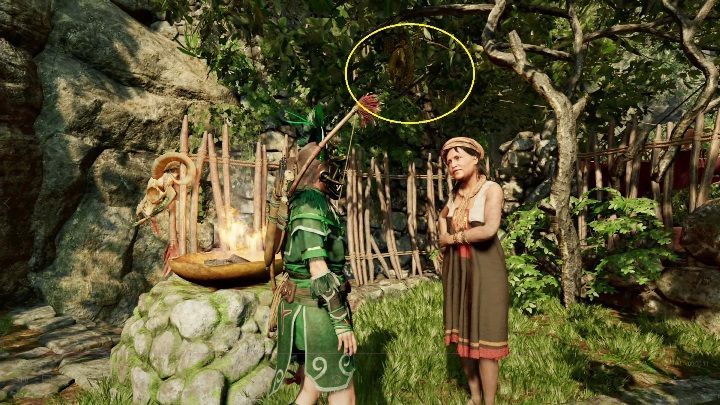 The hints contain information about golden birds. These are golden decorations hung on trees. There are many of them in the areas around the temple. 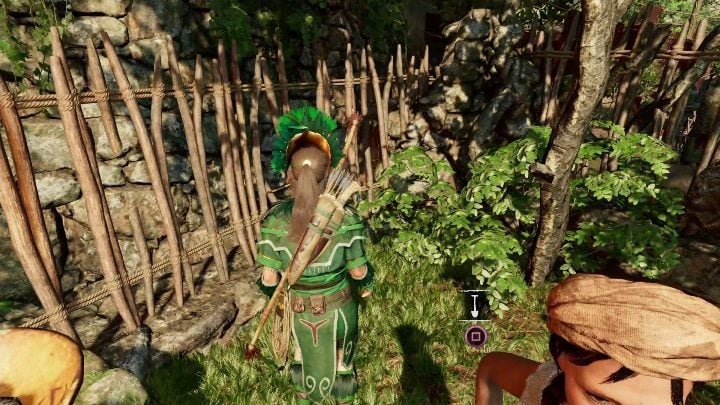 The treasure is under the tree. You have to go from the monolith to the left and climb the stairs to the top. There you will see a woman and a decoration in the form of a golden bird. A treasure is buried between them.