In the Peruvian Jungle, you will discover two crypts. One of them is located in the north-west of the location, the other in the north-east. Both contain many resources, info on dialects and special secrets. 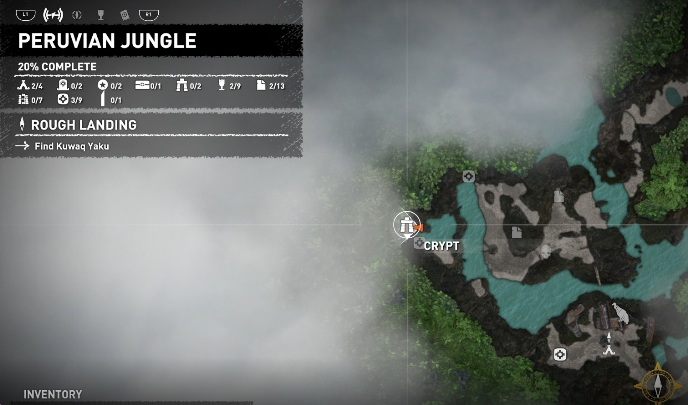 Following the main plot of the Shadow of the Tomb Raider, you will eventually encounter the first Crypt, located in the north-west part of the map, in the Peruvian Jungle. The icon will appear once you get near the crypt or unveil the map. The maps uncovering some of the locations in the Shadow of the Tomb Raider can be found in the leather backpacks scattered around caves in the game. 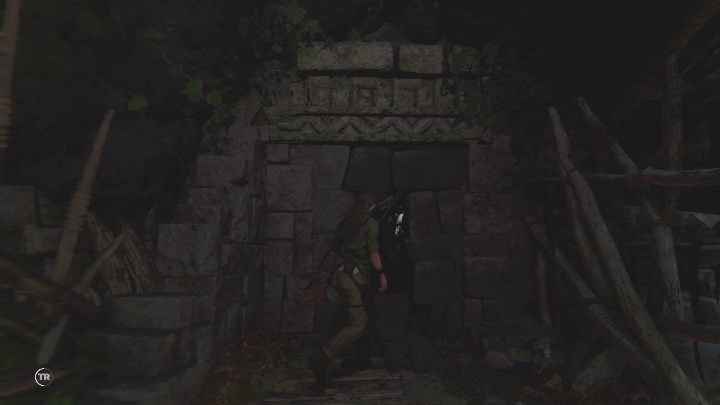 The crypts are very dark - the flashlight isn't very helpful.

In order to get to the crypt, you have to break the entrance with the axe. In order to do that, stand in front of the entrance and press the right button (the square on PS4). 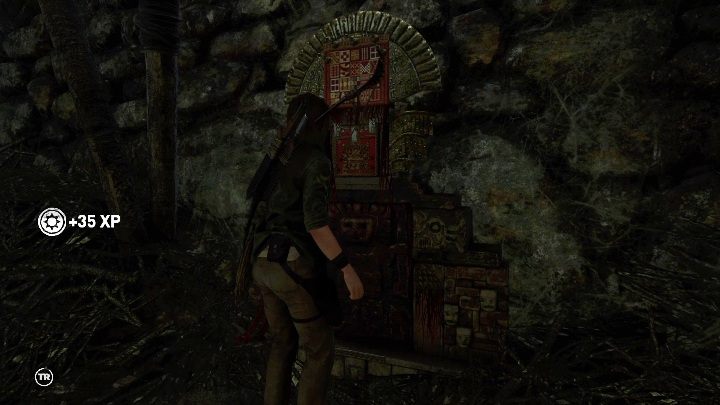 After entering the crypt, go along the road. On the sides of the path you will find various types of raw materials - e.g. a box with parts. On the right side of the wall you will find the first chapel with inscriptions in the QUECHUA dialect. 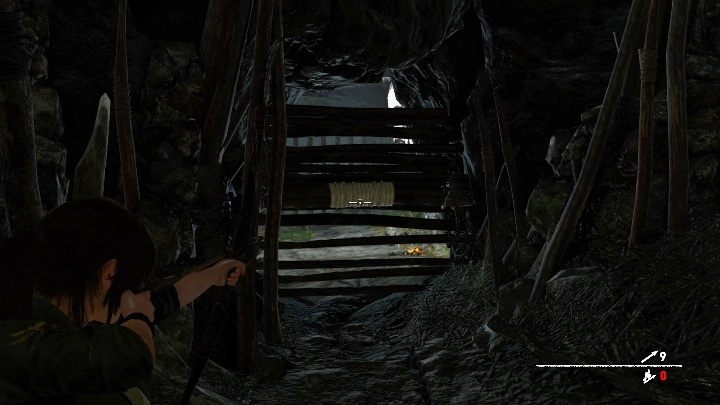 In order to open the passage further you have to use your bow and aim at the rope on the bales. Lara automatically grabs the rope and pulls it in her direction - this way the passage gets destroyed. 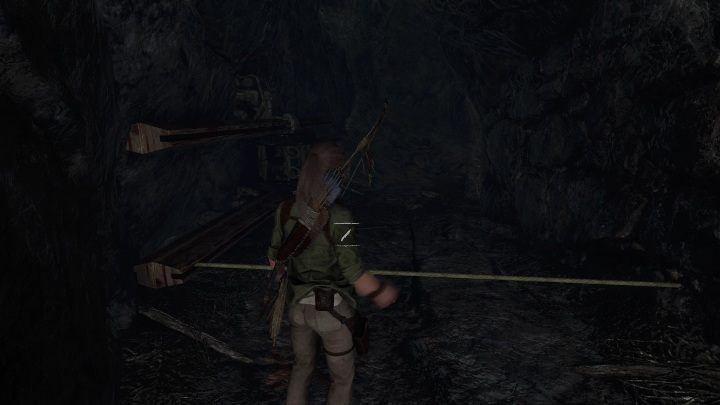 Continue on to the left side. A dangerous cave section filled with traps awaits you there. Look under your feet and disarm the traps. In the screenshot above we've presented an example of active trap and what you need to click to disarm it.

After getting rid of the traps you will find a treasure chest. In it, you will find notes in the QUECHUA dialect. Thanks to them Lara will learn more words from this language. 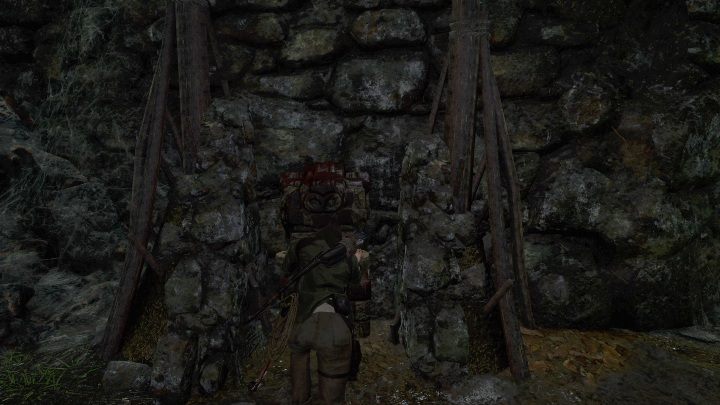 After obtaining the treasures you have to go through a hole in the cave, it is located on the right wall. When you get to the next room, you will see two mechanisms. The right one opens the way to the exit, the left one allows you to go further. Open both passages and go to the left. 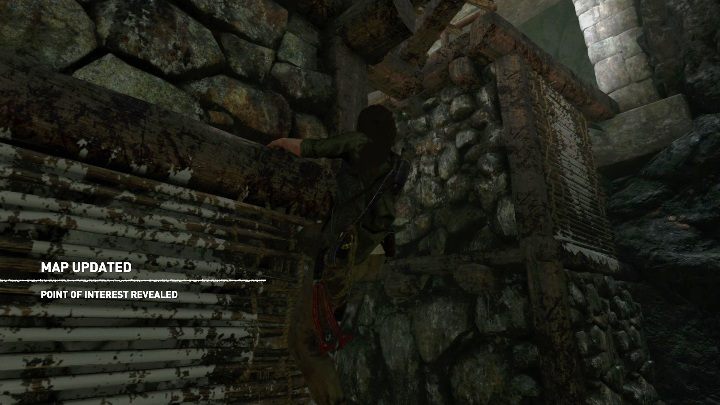 To get the most important treasure from the crypt you have to get to the top. First, climb up on the columns. There are boards on which Lara can climb. All you have to do is start your climbing from the left column and you will be jumping to the next column. From the last column you can jump on a stone shelf and enter the cave from there. 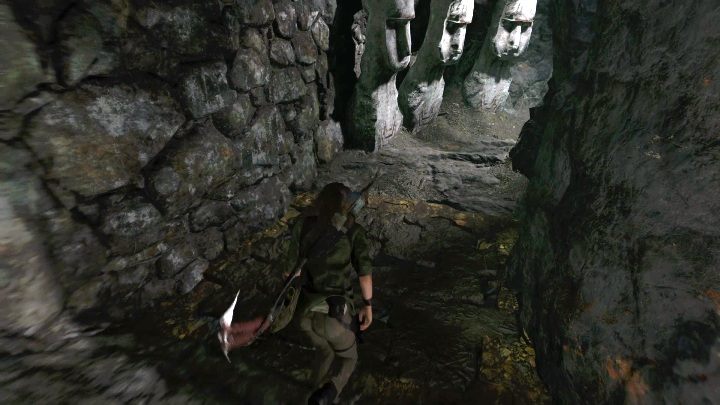 As you enter the cave, you must prepare yourself for two traps. The first trap will be the collapsing floor, you have to rush and jump over the way through the stone statues. A moment later a spear trap awaits you. To disarm it, you have to cut the rope at the floor. Going further, you will find a machine that opens the next passage. 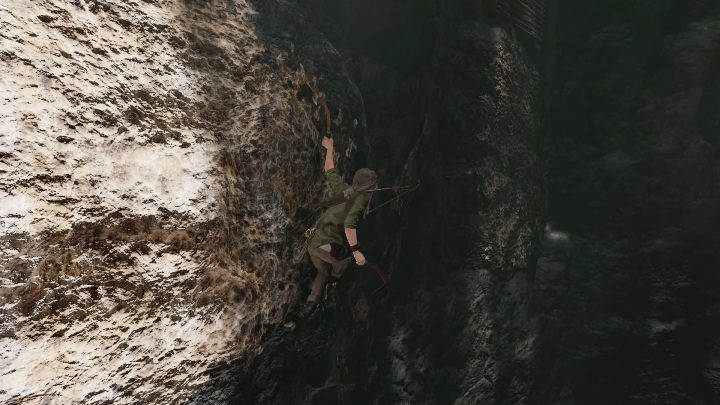 After leaving the cave, jump onto the wall on the left side. Move to the right and finally climb up to the top of the wall. This moment is sometimes problematic, because Lara doesn't always grasp the top boards, sometimes she just tries to knock in the pickaxe, so she bounces off the wall and falls to the very bottom of the cave. 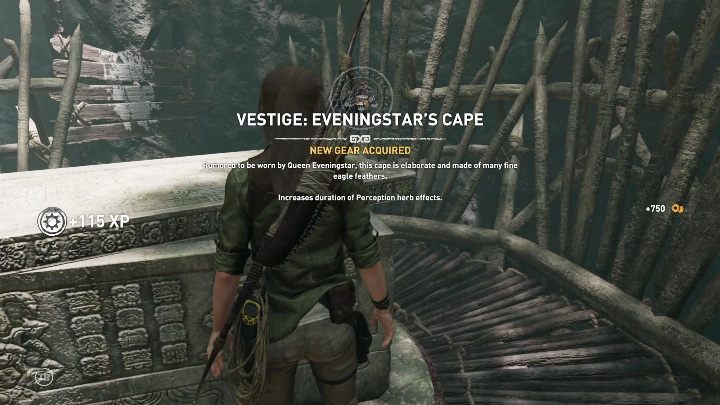 When you climb up to the top you will find the sarcophagus. If you open it, you will get an upper part of the outfit - Eveningstar's cape. This element increases the Perception Duration. 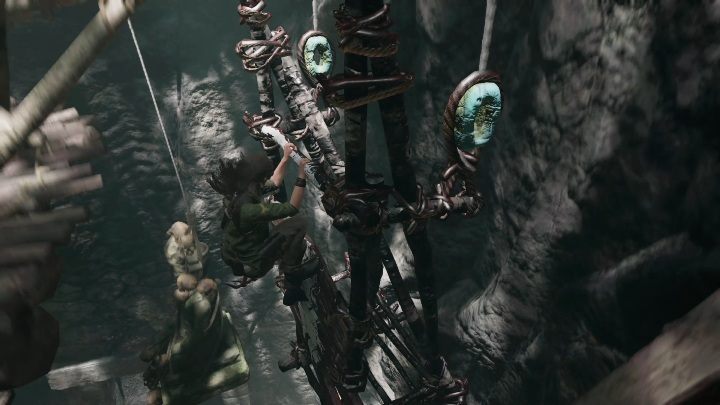 You have to use a lift to descend from the top of the cave. All you have to do is jump on it, and Lara will go down at lightning speed. Then, you will be able to reach the exit.

The game doesn't inform you about completing the crypt section in any way. 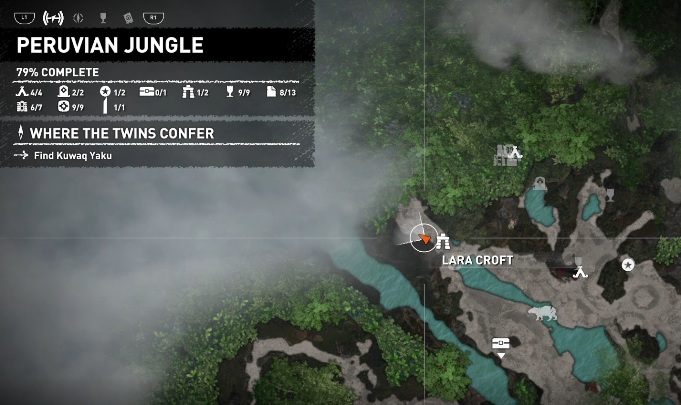 The second crypt in Shadow of the Tomb Raider is located in the northeastern part of Peruvian Jungle. It's located east of the challenge tomb. This is one of the darker crypts available in the game. It's worth to brighten up the game before you enter it. 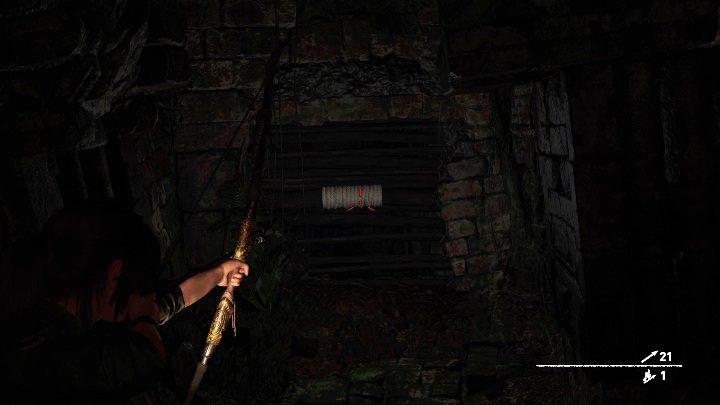 After entering the crypt, you will find yourself in a dark room. To go further you have to take out your bow and shoot in a rope wrapped in bales. This way Lara will pull it and destroy the boards blocking the passage. Then, move along the marked path until you get to the mechanism that opens the crossings. Use it and walk on the left side of the cave. 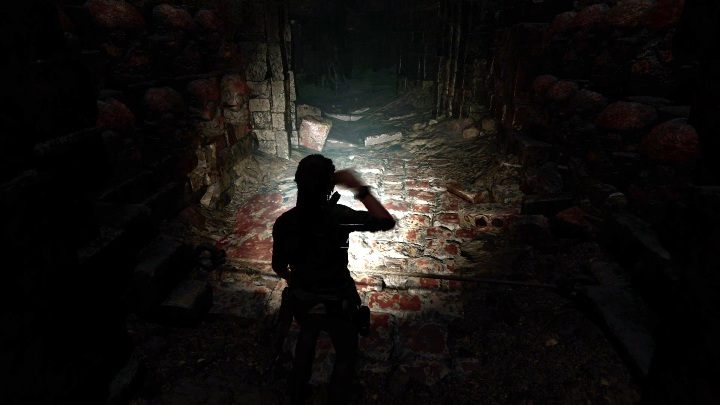 Going further you will find a fragment of cave with traps that you have to disarm. At the end of this room you will find a chapel with inscriptions in the QUECHUA dialect. It will allow you to develop your knowledge of Lara's languages. 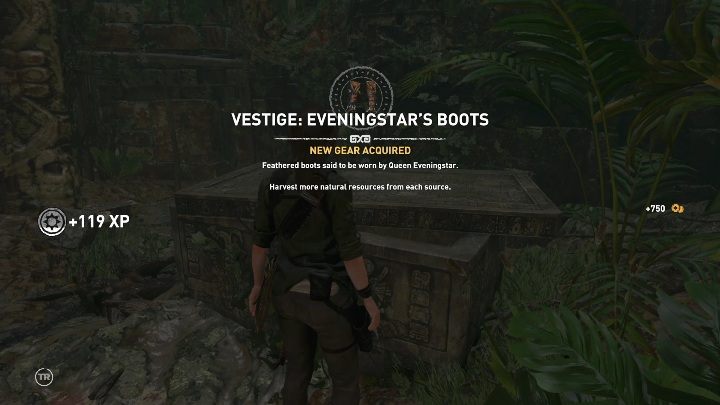 When you get to the next room, jump on the walls to the top and you will find yourself in a room with a sarcophagus. From there you will get shoes (Eveningstar's Boots) that can be equipped by a campfire. This outfit element are Eveningstar's Boots. The boots give you a benefit called Natural resources. This feature increases the amount of gathered natural resources from each source. 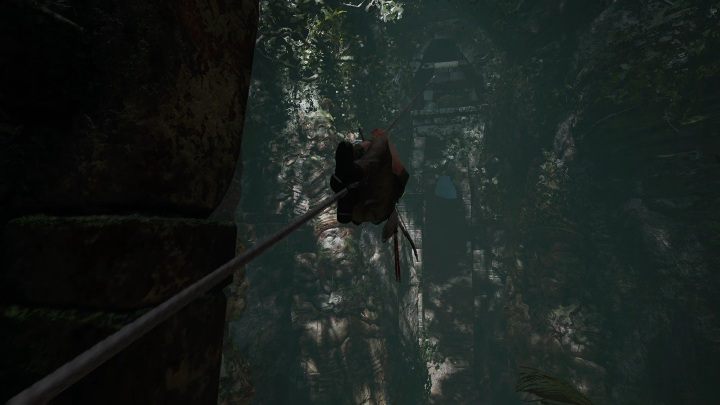 To get out of the crypt you have to go to a higher level of the cave. To do this you just need to go into a hole in the wall that is located opposite the sarcophagus. There you will find walls on which you can climb. At the top you will have to shoot at a rope hanging on the other side of the wall. This way Lara will connect the ropes and use them to get to the other side.