The gate riddle inside the Kuwak Yaku ruins is quite an extensive one for the Shadow of the Tomb Raider standards. You will have to complete it when exploring the ruins, shortly after killing the mercenaries and sliding down the rope into the oil well. 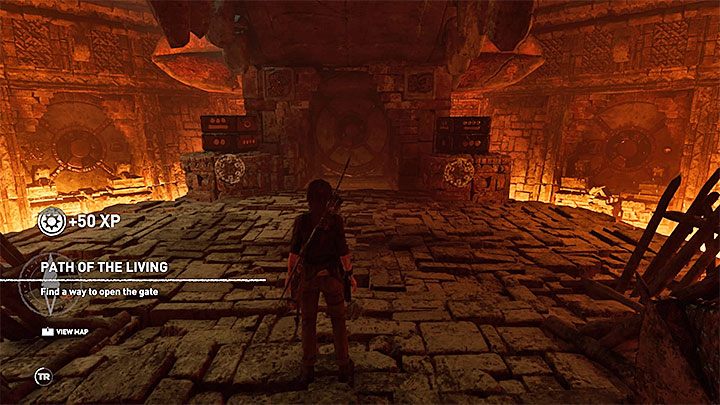 The location of the riddle is shown above. The gate is closed - there are two dials on the sides, which you can use to manipulate the plates with different symbols; the lowest plate is the one that moves.

The first part is easy: manipulate the plates until they're automatically locked in the right position. Refer to the picture above. 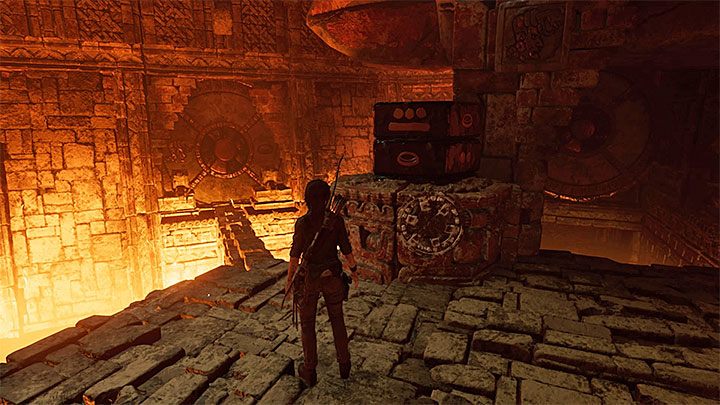 Note that two narrow footbridges have now appeared, leading to the sides. The order is up to you - just be careful with the one on the right, as it will crumble a little.

Each of the side entrances leads to an interactive gate and these side locations are painted with new symbols, which will help you solve the next part.

Go back to the two main dials and start manipulating them, based on the symbols in the rooms on the sides. Refer to the picture above for the solution to this part of the riddle.

The central gate will now be able to be lifted, but there will be another one behind it. Trying to open it will result in the floor crumbling, so go back to the main hall with the dials.

Note that there are now four stone plates next to both dials. You can continue solving the riddle based on the symbols from the side chambers. The solution of the third part of the riddle is shown above. 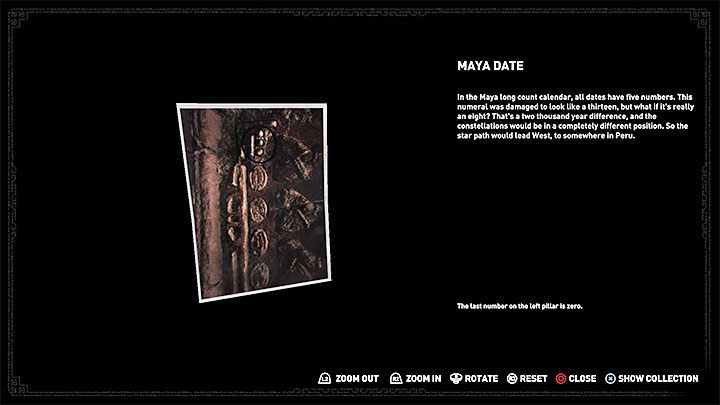 Just as previously, you can open the central gate, but there's another trap behind it. Go back to the main room again and - as Lara suggests - take a look at the photo from her journal. The picture you need to see is called Maya Date. Rotate it with the right stick until you can see the hidden hint revealing the right symbol.

You can use the hint and turn the dials for the last time. The solution to the fourth part of the riddle is shown above.

Now all you have to do is open the central gate, hence solving the riddle.