Ring of Elysium is available in Early Access since November 22th, 2018. The detailed description of the graphics settings was prepared on a PC with Intel Core i7-7700, 16GB RAM, NVIDIA GeForce GTX 1060 - this hardware exceeds the recommended system requirements for this game.

The guide is based on the PC version and it was created on the following system:

Which AMD drivers are the best for Ring of Elysium?

AMD hasn't released new drivers for Ring of Elysium yet. However, updating your graphics card driver is a good idea. You can choose AMD Radeon Software Adrenalin Edition - these drivers increase performance in many games and will help you keep stable fps count in Ring of Elysium.

Which Nvidia drivers are the best for Ring of Elysium?

GeForce Game Ready 417,01 WHQL drivers will help you run the game smoothly and keep a high number of frames per second.

Install these drivers if you experience huge fps drops, freezing or when the game has problems with rendering picture and objects.

Can I play Ring of Elysium without an Internet connection?

Ring of Elysium doesn't have the option to play it offline. The game requires a constant Internet connection.

When you lose a connection with the servers, the game will stop and go back to the main menu. You can play it again after you restore your Internet connection.

Ring of Elysium and problems with CPUs

Even though Ring of Elysium's system requirements is rather low, the only way to play it in 60 frames per second is to run the game on a powerful PC. It turns out that many players have experienced problems with their CPUs. Sometimes, the game can drop a lot of frames or even shut down completely.

Many players with dual-core CPUs have experienced sudden frame drops which make Ring of Elysium unplayable for them. This problem is going to be fixed with the upcoming patches. 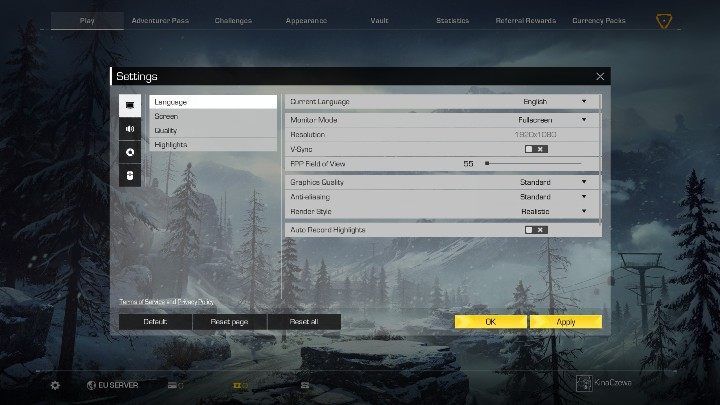 What can I do to stop Ring of Elysium from losing frames?

Ring of Elysium can drop frames even on a PC that exceeds the recommended requirements. Try to lower a few graphics settings to make the game run smoother without losing too much of details.

What can I do when Ring of Elysium closes on its own?

If you have experienced problems with Ring of Elysium closing on its own, check the list of tips down below: