This page of the Resident Evil Village guide informs if the game has a list of cheats. In addition, we explain how to get Infinite Ammo unlocked for the weapons you use. 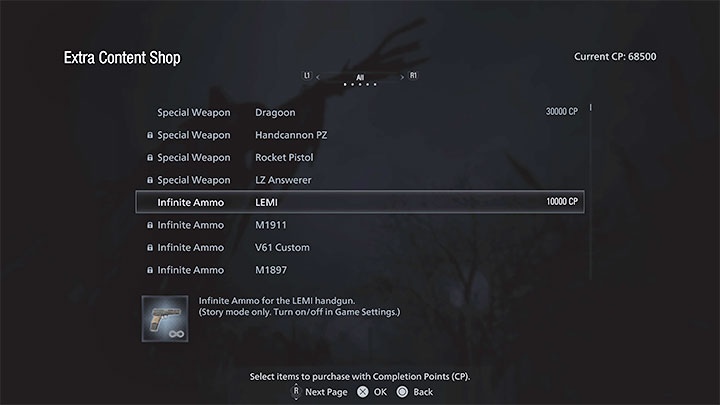 Resident Evil Village is not an extremely demanding game, although you may have some problems with defeating subsequent bosses and winning more difficult battles with groups of monsters, especially when playing on higher difficulty levels.

RE8 doesn't have "classic" cheats, such as immortality or killing enemies with single hits. However, you can buy Infinite Ammo for selected weapons. It becomes available at the earliest after completing the campaign for the first time (on any difficulty level), as only then is the Extra Content Shop unlocked.

Here's how the mechanics of using Infinite Ammo work: 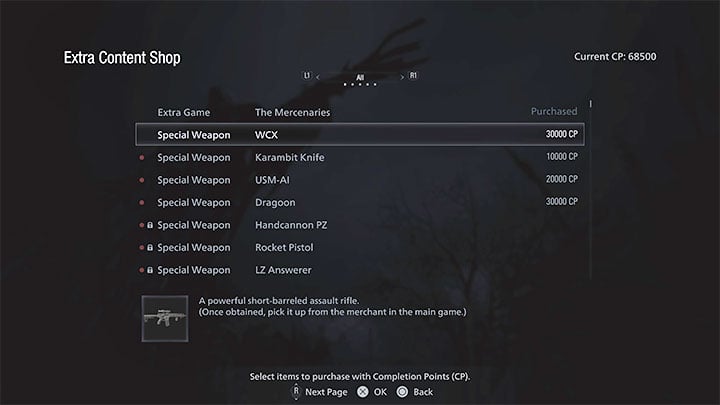 Extra tip - In addition to purchasing Infinite Ammo, you should also be interested in the option to purchase new weapons in the Extra Content Shop. They will make subsequent playthroughs easier for you as well. Purchased weapons will be available at the Duke's.