This page of the Resident Evil Village game guide explains whether you can return to Castle Dimitrescu during the later stages of the campaign. This information can be important if you want to explore 100% of the world map and get to all the secrets and collectibles. 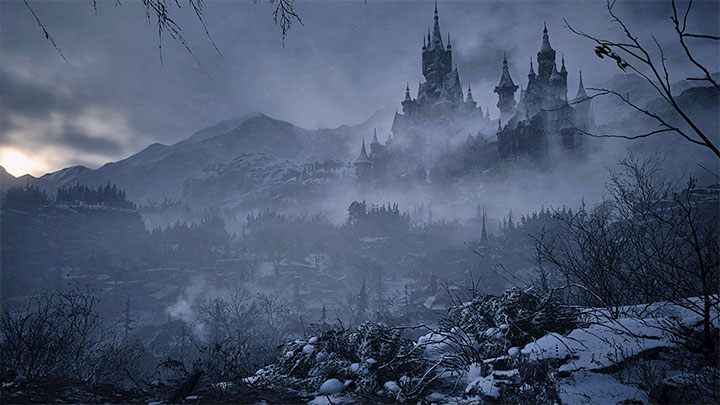 As a reminder, Castle Dimitrescu is one of the largest locations that can be explored in the game. The protagonist will arrive here in the very first hours of the campaign, after initially walking through the village and completing the first few puzzles there. Within the castle, the main goal is to avoid Lady Dimitrescu and her three vampire daughters. 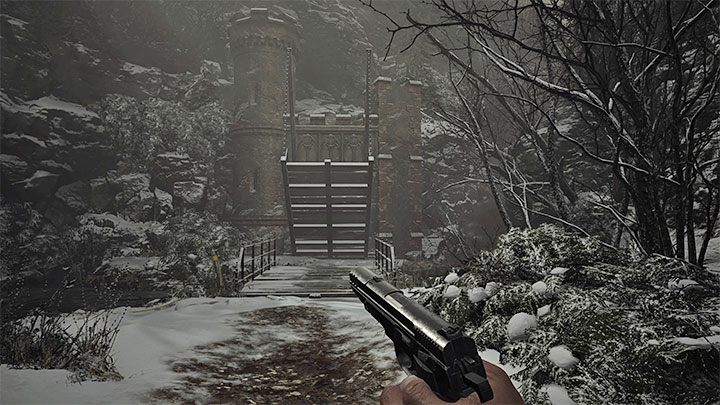 Unfortunately, the bad news is that the castle cannot be revisited later in the game. On the path leading up to the castle, you will encounter a raised drawbridge that cannot be accessed from any other side. 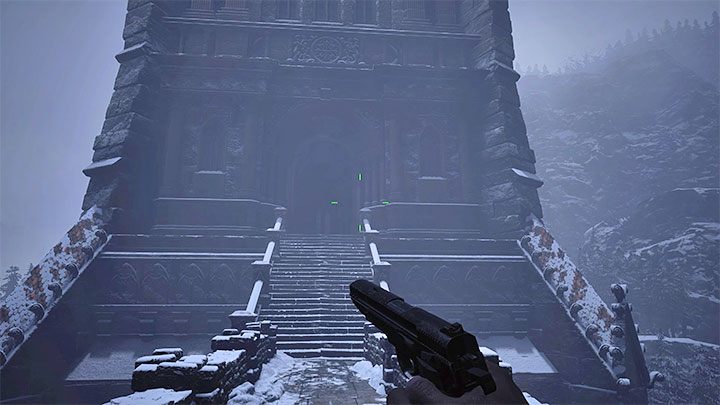 As you will be prevented from returning to the castle, try to explore 100% of Castle Dimitrescu during your first visit.

The so-called. point of no return occurs when you reach the Tower of Worship, showcased in the picture, where you can go after finding 4 masks and completing the related puzzle. Complete all the tasks before entering the tower and initiating the fight against the castle's boss - we recommend completing all optional puzzles, collecting all unique items (e.g. various documents) and, if possible, search through all the rooms until they turn blue.

It's also a good idea to create a backup manual save file in the Merchant's Room. This may make it easier for you to return to the castle in order to unlock some of the trophies you missed. Alternatively, of course, you can attempt to complete the exploration of the castle during one of the subsequent playthroughs of the game.