This page of the Resident Evil Village guide contains a walkthrough of the main Lady Dimitrescu boss fight, i.e. the one when you ultimately defeat the boss. The following tutorial will tell you how to weaken the mutated Lady Dimitrescu and how to evade the big monster's attacks in the Tower of Worship.

Lady Dimitrescu boss fight - when does it take place? 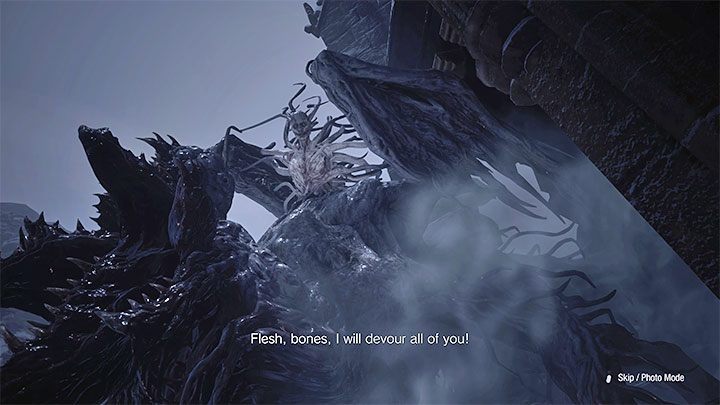 The Lady Dimitrescu fight will occur in the final part of your first visit to the castle, specifically shortly after completing the Four Angels' Busts puzzle.

Ethan will reach the Tower of Worship and while trying to take the artifact from the sarcophagus, he will be stopped by the vampire. Lady Dimitrescu will transform into a large flying monster and a full-fledged boss fight will begin. The goal is defeating Lady Dimitrescu once and for all. 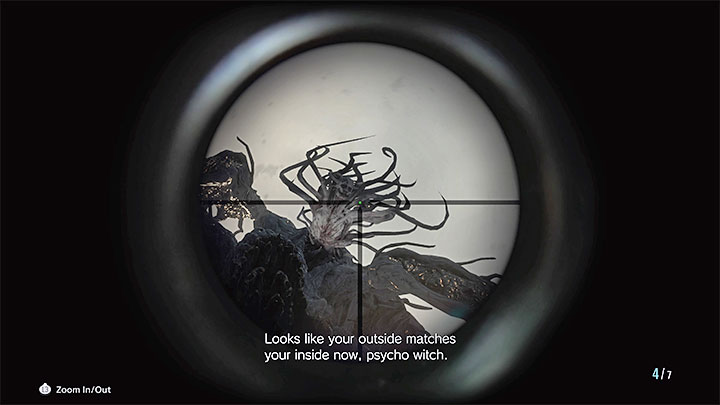 When attacking the big monster, always aim for the mutant Lady Dimitrescu "sticking out" of it. It is a small part of the monster's body, so you have to be very precise with your shots. Begin by temporarily chasing the creature away. 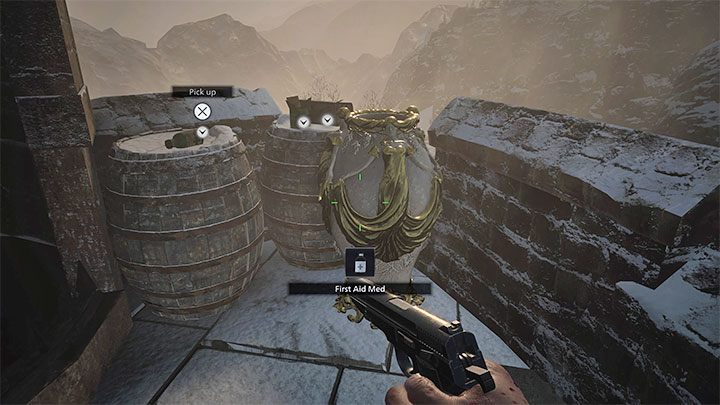 Use the stairs and you will find plenty of supplies. Make sure you have collected all the loot. It's also a good idea to make sure Ethan doesn't enter the fight with major injuries. 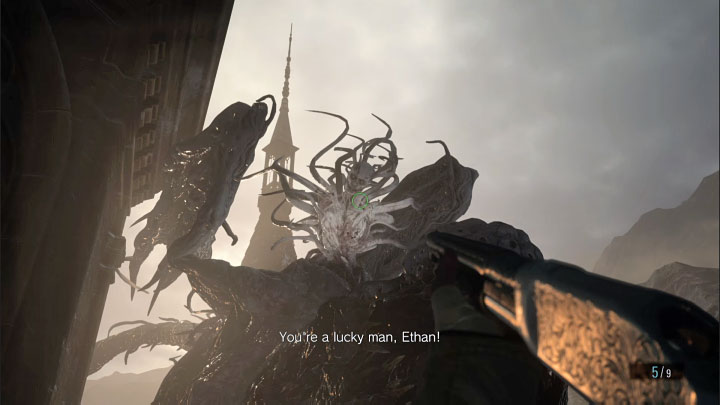 The first stage of the fight will take place on the balconies surrounding the tower. After the boss appears, always shoot the upper torso of Lady Dimitrescu (optimally with a shotgun or a sniper rifle). Don't go overboard with the number of attacks, though, because the boss may throw herself forward or start charging - in both cases, Ethan may lose a lot of health points. 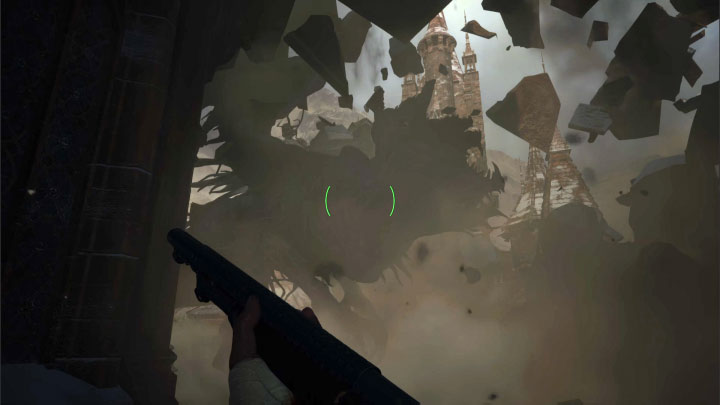 After each round of shots, retreat quickly, wait for the boss to arrive and then fire at Lady Dimitrescu.

The boss can break through obstacles on the roof - don't treat them as an indestructible shelter. However, it's recommended to look around for optional additional loot along the way. 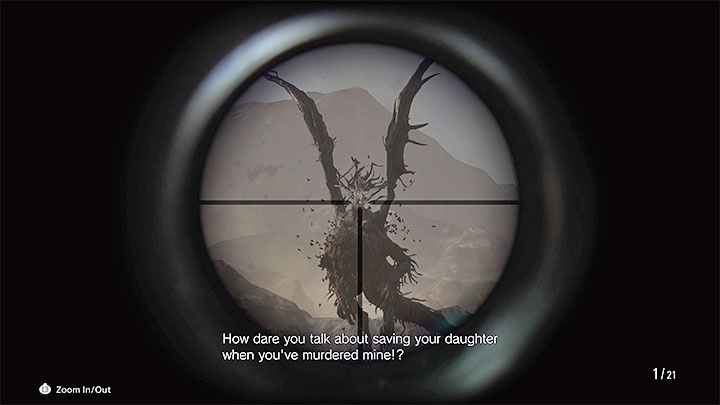 The boss will rise into the air after receiving enough damage. Keep track of the monster's movements and have your sniper rifle ready. After the boss hovers in the air near the tower, try to shoot at Lady Dimitrescu. 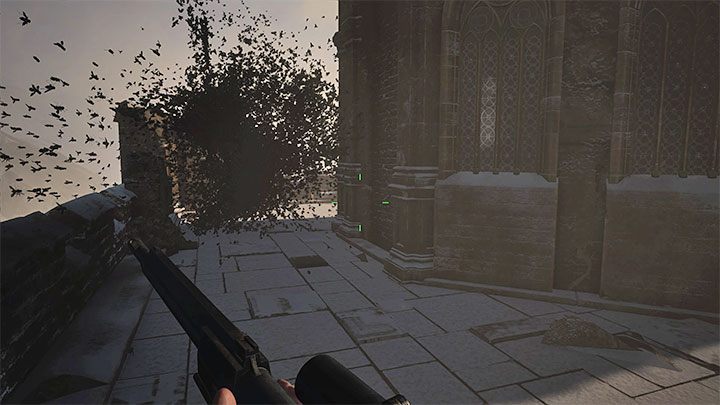 If the attack is successful, the creature will begin to fall and will return to the tower after a moment. If it is unsuccessful, a cloud of flies will be sent towards Ethan. In this case, you can start running away or try to fire at Lady Dimitrescu again to end the "raid" of flies. 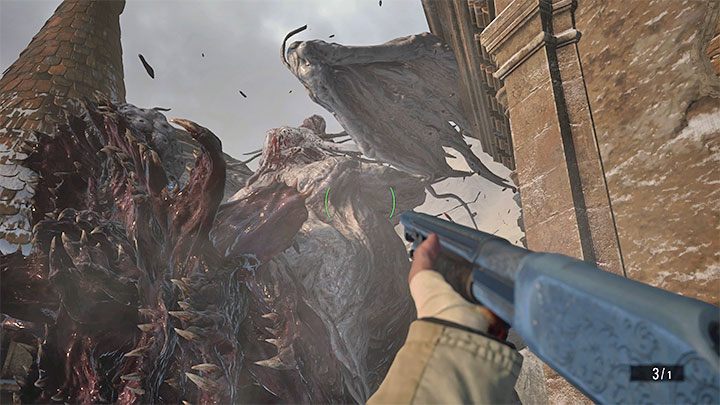 The boss will eventually return to the balconies of the tower and you must repeat the steps described earlier - shoot at Lady Dimitrescu and retreat before the monster begins its forward throw/charge. Perform all actions (including successive sniper attacks) until you advance to the second stage of the fight. 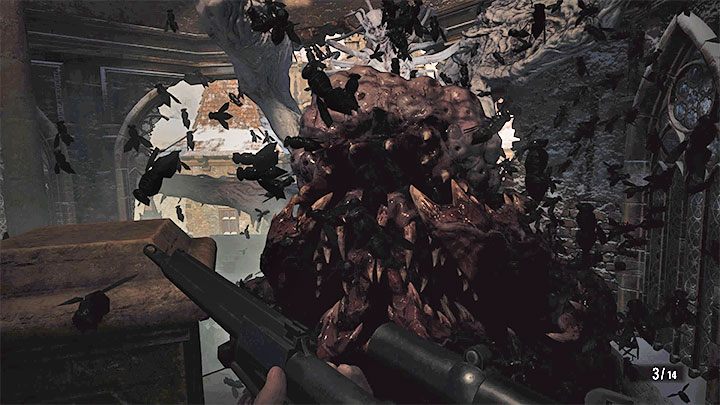 You'll advance to the second stage of the fight after the boss makes a stronger charge from the air and bursts inside the tower. 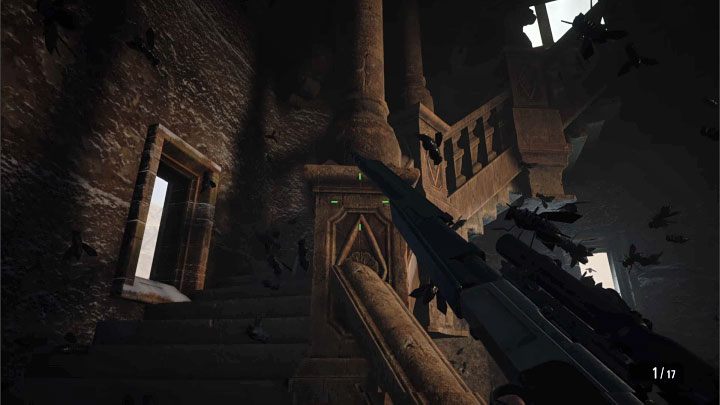 It will take a few seconds before you'll regain control of Ethan. Fire at Lady Dimitrescu, while heading steadily up the stairs and avoiding contact with the new clouds of flies. After reaching the very top, it's a good idea to quickly destroy the surrounding vases and collect loot. 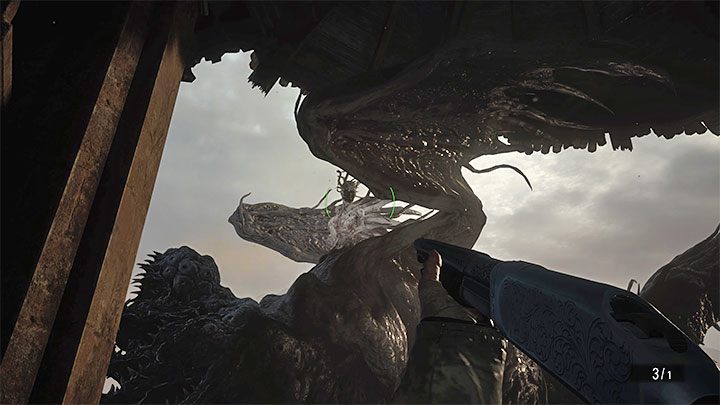 The beast will soon burst into the tower through the roof. You must continue to fire at Lady Dimitrescu (again, a shotgun is the best choice here). Try to shoot continuously so that the beast cannot respond with an attack of its own. 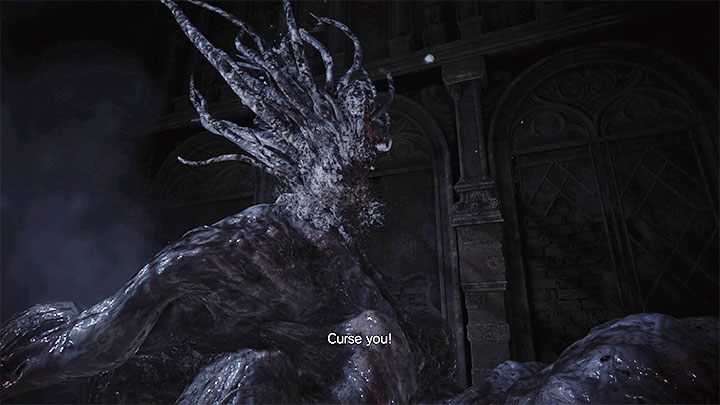 As a reward for defeating Lady Dimitrescu, you will receive That Sucked! trophy and a valuable Crystal Dimitrescu treasure worth 25000 credits.

Ethan will also be able to pick up the Dirty Flask key item.