This page of the guide to Resident Evil Village contains information on how to avoid Lady Dimitrescu, the giant vampire in the castle. You will find out if fights with Lady Dimitrescu are mandatory, what to do when you see Lady Dimitrescu in your way, and how to drive off and defeat Lady Dimitrescu's daughters. 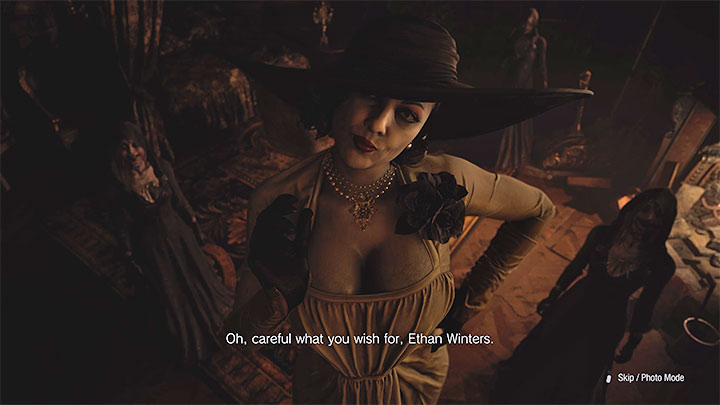 As a reminder, Lady Dimitrescu is a nearly 3-meter tall vampire who you first meet shortly after reaching the castle. In some scenes she is accompanied by her three daughters, whom you also may have to confront.

Some scenes involving Lady Dimitrescu are scripted and linked to the main plot. In the sample scene in the image above, Ethan will be briefly captured, which you will not be able to skip. Fortunately, this does not apply to 100% of the confrontations with Lady Dimitrescu. 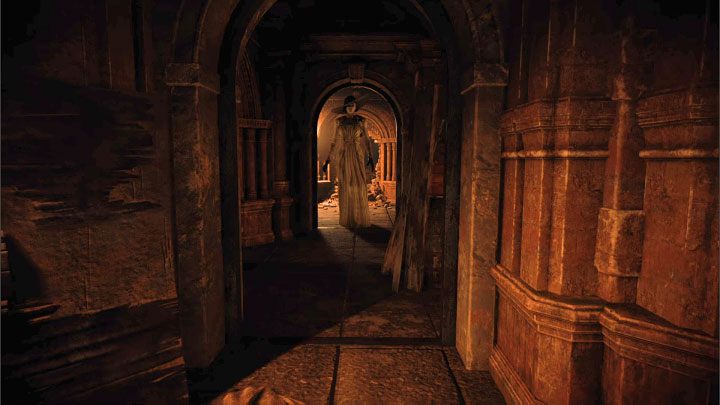 The first fully interactive confrontation with Lady Dimitrescu occurs as you explore the dungeons, and even then you will very quickly see that the only solution is to escape. Don't try to attack Lady Dimitrescu with guns because, unlike her daughters, this will not make her temporarily go away.

Lady Dimitrescu is a similar enemy to Mr.X from Resident Evil 2 Remake. She pursues hand-to-hand combat in which she can deal Ethan some heavy damage. When running from Lady Dimitrescu, remember to sprint, as it is unlimited in this game. You can also use the option to quickly pivot 180 degrees to run in the opposite direction (left analog down and press Circle/B). 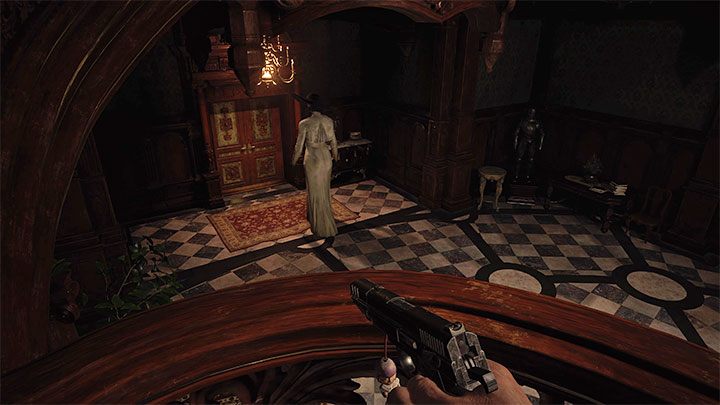 After you have made enough progress in the game Lady Dimitrescu will begin to roam around the castle and hunt for Ethan. Here are the key features of this mechanic: 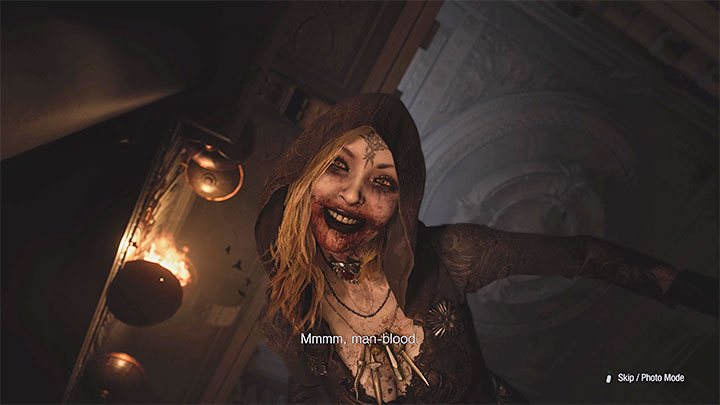 Lady Dimitrescu is not the only "elite" character you will face on your first visit to the castle. Ethan is also hunted by the giant vampiress's three daughters - Bela, Cassandra and Daniela. Despite their less intimidating stature, they too are very dangerous and can weaken or kill Ethan easily. 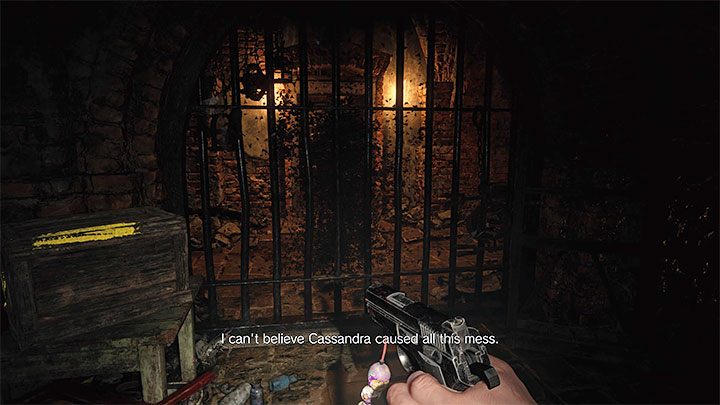 Lady Dimitrescu's daughters appear at specific locations in the castle. The game features two main types of such confrontation. The first type are encounters in corridors and other locations where where the daughters only block your way further. You can shoot them so that they turn into a cloud of flies for a moment and start running away. The game will not allow you to kill the vampires you encounter right away. 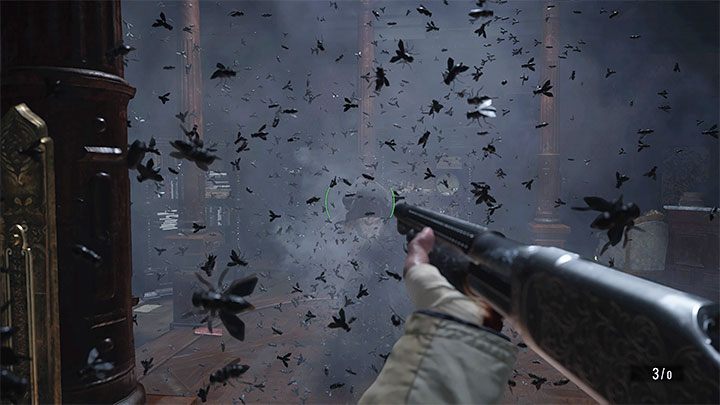 The second type are the scripted encounters with Lady Dimitrescu's daughters. During each of the three duels, Ethan must use a trick to weaken a daughter and then attack her in order to defeat her. All such fights are described in detail in the Bosses section. Any defeated daughter will not come back to life.