This page of the Remnant From the Ashes guide has information about the available classes. You will learn when you can choose them, what are the 3 main classes and check their differences.

Choosing a class - when?

In Remnant: From the Ashes, we don't choose our character's class at the time of creation of the character. The ability to choose a character class (or rather its archetype) is only available during the first mission in Ward 13. This place is a kind of base where we can safely improve our character, equipment, create various items and restock with traders. The classes have the same statistics, and only differ with weapons and weapon mods. Nothing prevents you from playing a Hunter at close range. Weapons and weapon mods of other classes can be purchased from traders in Ward 13. 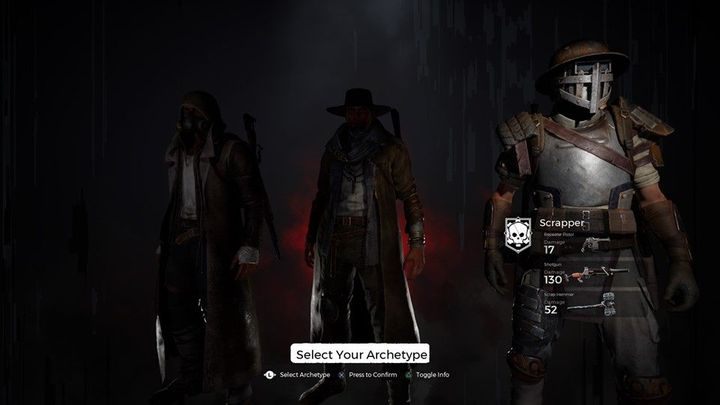 In Remnant: From the Ashes we can select one of three initial classes: